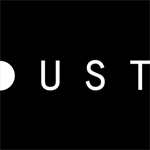 Sci-fi content curator DUST has launched its first animated premiere with the exclusive digital release of Luke Saunders’ The Fisherman — a stylized, dialog-free meditation on scientific ambition, the legacy of dreams and mankind’s relationship with the natural world. Learn more about the filmmaker at lukesaundersdesign.com.

The Fisherman is set in a neo-Tokyo cityscape where electricity is a source of life for a diverse eco-system of mollusc-like creatures. A late devoted scientist of these life forms has passed his life’s work on to his daughter, along with one part of his most prized catch. The other part, a mystical electric fish, has eluded him his entire life. An opportune discovery of this rare creature by a human inhabitant instigates an unusual mating ceremony, spawning a surge of life that traverses the gap between this life and the next.

You may also like...
Related Topics:DUST, Lucasfilm, Luke Saunders, Steve Tzirlin, The Fisherman