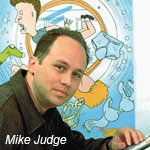 Recently I bumped into an old acquaintance who happened to mention that he had been a good friend of Bob Clampett during the legendary toonmaker’s latter-day career. He described Clampett as being just as funny and crazy in his private life as his characters were on-screen (well, maybe not quite as crazy; I’ve never heard it said that Bob bounced around on his head while screaming, “Hoo-hoo! Hoo-hoo!”). I’m not dedicating this week’s piece to Clampett, however. Instead, this encounter reminded me of another renowned animator who is known for not being like his characters.

Last month saw the return of Beavis and Butt-head on MTV, the network on which they originally debuted in 1993. Rest assured they haven’t grown up over the past 18 years; they are still teenaged wastrels who spend their time watching and commenting on music videos…and now reality shows!… on TV. Mike Judge, who created Beavis and Butt-head in a 1992 short, called Frog Baseball, is once more behind the series. Judge, of course, is also the creative force behind the hit animated series King of the Hill and the depressingly prophetic feature film Idiocracy (2006). 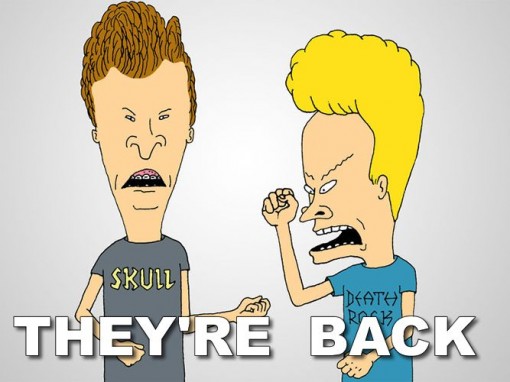 Those who weren’t around in 1993 might not realize just how big and splash Beavis and Butt-head made at the time, not simply within animation, but in showbiz in general. I first spoke to Mike about it back in 1996. The self-taught animator from Dallas was then readying Beavis and Butt-head Do America for movie theatres, and was still reeling from the whole Beavis and Butt-head phenomenon. “I still have a pretty normal life,” he told me at the time, but went on to say how people were sometimes disappointed that he wasn’t more like his creations: 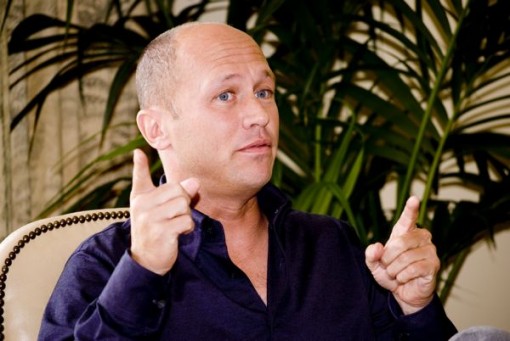 “People are always surprised at how normal and low-key I am. It shouldn’t be that surprising. I always remember hearing Michael Palin say in an interview that everyone expected the Monty Python guys to be just wild, crazy and spontaneous guys, but you can’t get a guy in a Viking outfit and hit him over the head with a chicken in a second. You’ve got to plan it and work it out, and organize it. It’s the same with this. When I did the first Beavis and Butt-head cartoon, I was sitting there with the exposure sheet, painting cels, and shooting the thing myself. It’s not like I was out there wandering around like an idiot and watching TV. I think a lot of people are really disappointed. They expect me to be different. I’ll be at a wedding or something, and someone will say, ‘Hey, that’s the Beavis and Butt-head guy!’ and thirteen-year-old kids come up and look at me with disgust, like, ‘Yeah? Well prove it! You don’t look that important!’”

If the return of Beavis and Butt-head proves anything it’s that some characters (and their hardworking creators) never go out of fashion, and that the popular portrayals of American teens and pseudo Broadway stars, or as vampires and werewolves, are the real cartoons. 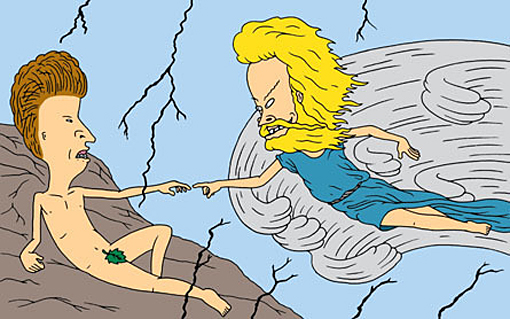