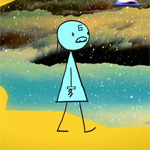 American indie animation icon Don Hertzfeldt has come a long way since his line-drawing schadenfreude shorts like Billy’s Balloon and Rejected, delving to new creative and emotional depths with his Oscar-nominated 2015 film World of Tomorrow (which you can stream on Netflix). Now, the warmly received “Episode Two” has made its digital debut, available for rent on Vimeo.

Titled in full World of Tomorrow Episode Two: The Burden of Other People’s Thoughts, the second installment continues the oddball, surprisingly touching story of the first — again driven by audio recordings of Hertzfeldt’s young niece. These are used to voice “Emily Prime,” a stick figure tyke wandering a sci fi reality set off with gorgeous backgrounds. She encounters clones of herself, like the older Emily 6 (voiced by animator Julia Pott) whose philosophical musings comically contrast with the little girl’s non sequitur speech.

Episode Two was nominated for the Sundance short film grand prize and also played at Fantastic Fest to positive reviews. You can rent it on Vimeo now for $4.99.

Learn more about Hertzfeldt’s work at bitterfilms.com or check out his interview with The Austin Chronicle from November here. 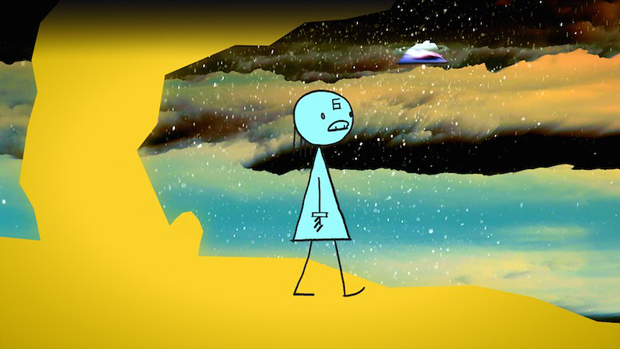 World of Tomorrow Episode Two: The Burden of Other People’s Thoughts