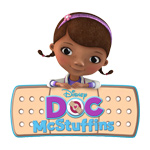 Doc McStuffins: Time for Your Check Up!, one of Disney Junior’s most successful iOS apps, is now available for Android devices in the Google Play store and for Kindle tablets through the Amazon Appstore. The app, which sells for $3.99, was just named by Apple as the 11th most popular paid iPad app of 2013.

Featuring the beloved characters of the hit CG preschool show, the activity-based app lets players join Doc along with Hallie, Lambie and the rest of her friends in fixing, sorting, exploring and caring for toys, dolls and more. Inside Doc’s clinic, players choose from four development activities.

At Check-Up, players stop by the clinic to help Doc diagnose and cure patients. In Mixupitis, kids must help Doc make sure her toys have the right parts by dissembling and reassembling them. Doctor’s Kit is an open-ended activity that turns the device’s camera into a virtual stethoscope, otoscope or X-Ray machine. The Picture Stickers feature lets players use show-themed digital stickers to decorate pictures, and The Big Book of Boo Boos says the names and diagnoses of cured patients for the young healer’s reference. 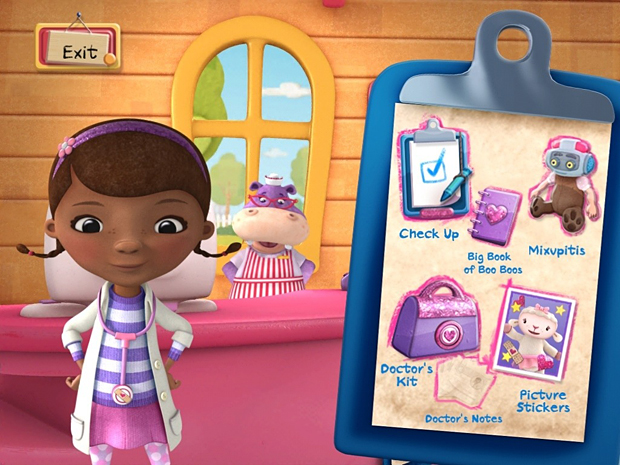 Doc McStuffins: Time for Your Check Up!