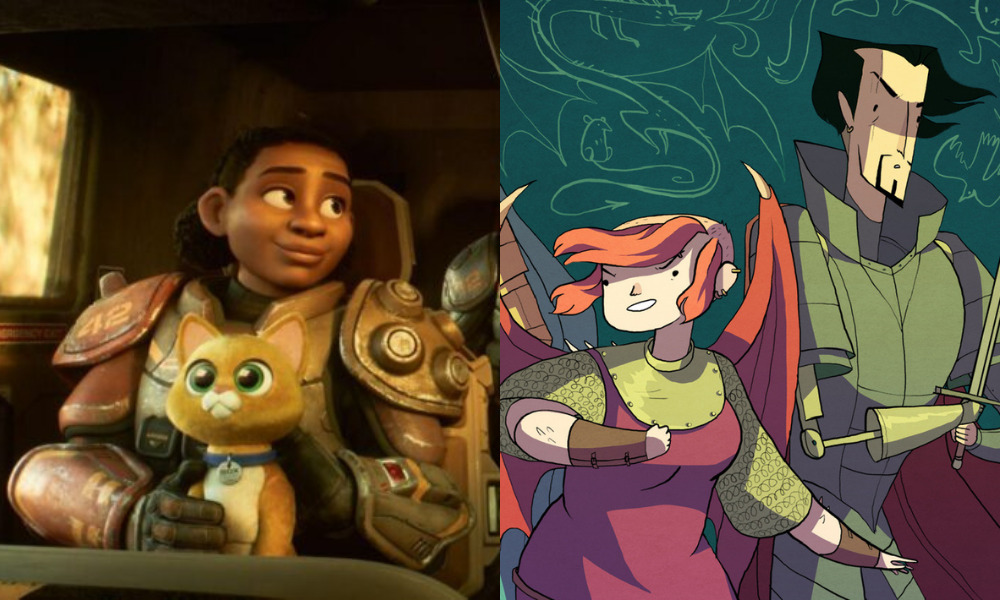 The contention around The Walt Disney Company’s response to the passage of Florida’s so-called “Don’t Say Gay” bill — which has seen the Mouse House chastized by Disney Animation Studios employees, as well as The Animation Guild and The Human Rights Campaign and led to stronger apologies, promises and a pause in political donations in the state per CEO Bob Chapek — continues to uncover new allegations of suppressing queer messages in the past, and sparks of hope for real representational gains in the future.

Looking back, former staff of now defunct Blue Sky Studios say they experienced pushback during the development of Nimona, based on the fantasy-adventure comic by nonbinary cartoonist/animation producer ND Stevenson (creator of She-Ra and the Princesses of Power, co-writer of Lumberjanes). According to Insider‘s sources, the movie was to center on a gender non-conforming lead and feature LGBTQ+ themes rarely seen in familly audience animation. 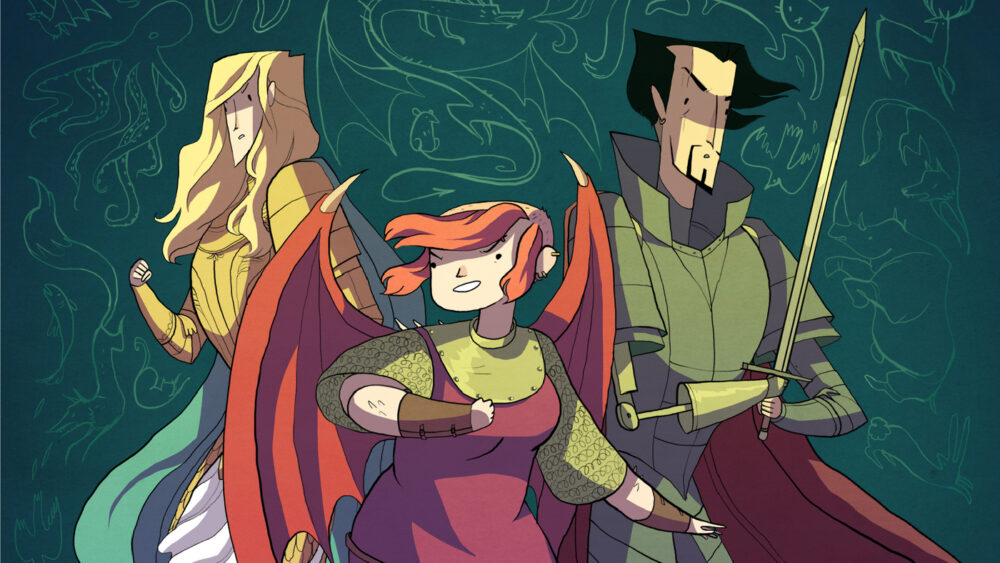 Nimona follows the adventures of a shapeshifter sidekick (center) to the anti-Institution knight Ballister Blackheart (left), as they are pursued by the Institute’s champion Ambrosius Goldenlion. (image: HarperCollins)

The three anonymous former staffers revealed that the pressure to omit queer elements, particularly a same-sex kiss between the characters Ballister Blackheart and Ambrosius Goldenlion (who are romantically linked in the comics), began during a mid-2020 meeting between Disney and Blue Sky leadership. The studio decided to leave the kiss out of future presentations up the chain, but ultimately include it in the final movie. According to one of the former employees, the reaction created a “weird atmosphere,” especially for Blue Sky’s queer community.

“We need more queer stories, but we also need to call out how nefarious it is when you don’t tell queer stories. When the biggest entertainment company in the world creates content for children and systematically censors queer content, they are pushing queer children to dark places,” one source told Insider. Responding to the latest apology, another added: “Chapek championed inclusive storytelling and LGBTQ content, but what content? Disney is its own biggest hurdle in telling those stories.”

Blue Sky was added to Disney’s animation stable in the company’s 2019 acquisitions of Fox, and then shut down in February of last year after 34 years. The Nimona project planned for a release this year was effectively scrapped when the doors shut, although Disney is continuing to develop new material for the studio’s global hit franchise Ice Age. The film adaptation was to be directed by Oscar winner Patrick Osborne (Feast, Pearl), with Chloë Grace Moretz and Riz Ahmed tapped to play Nimona and Blackheart.

However, backlash over Disney’s mixed signals over LGBTQ+ support have led to the reinstatment of another same-sex smooch in Pixar’s highly anticipated new movie Lightyear. Blasting off to the big screen on June 17, the movie tells the origin story of the human hero who inspired the beloved Buzz Lightyear of Toy Story fame. The movie will now feature the studio’s first-ever on-screen kiss between two characters of the same gender.

A source told Variety that Lightyear will feature a major female character named Alicia Hawthorne (voiced by Uzo Aduba; Orange Is the New Black, Steven Universe, 3Below) who is romantically involved with another woman. While the notion of their relationship was always part of the movie (probably in ways it would be easier for censors in more restrictive countries to work around), a kiss between them had been cut — only to be reinstated last week amid the #DisneySayGay fallout.

Lightyear is written by Oscar winner Pete Docter and directed by Angus McLane (co-director, Finding Dory). It will premiere in theaters on June 17.