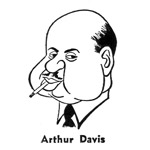 The name Arthur Davis may not be familiar to the casual toonhead, but not many artists had as long and productive a career in animation as Davis did. He started in animation in the 1920s at the Jefferson Film Corporation, which produced silent Mutt and Jeff cartoons. There he worked as an errand boy and eraser—removing animators’ pencil lines the paper frames (not everybody used cels in those days).  Later he joined the Max Fleischer Studio, where his duties included playing the musical white orb in the studio’s Follow the Bouncing Ball song cartoons. For this, Davis manipulated with a white thumbtack stuck onto the end of it, in time with the music, while singing along.

Art Davis (whose brother Mannie was a fixture at Terrytoons) went on to be a story man, animator, and director for Charles Mintz Studios, Columbia/Screen Gems, Warner Bros. (where he took over the Bob Clampett unit), Hanna-Barbera and DePatie/Freleng. By the time of his passing in the year 2000, at the age of 94, he was one of the most experienced artists in the animation industry. If he’d had an ego, he would have insisted on being called a legend. 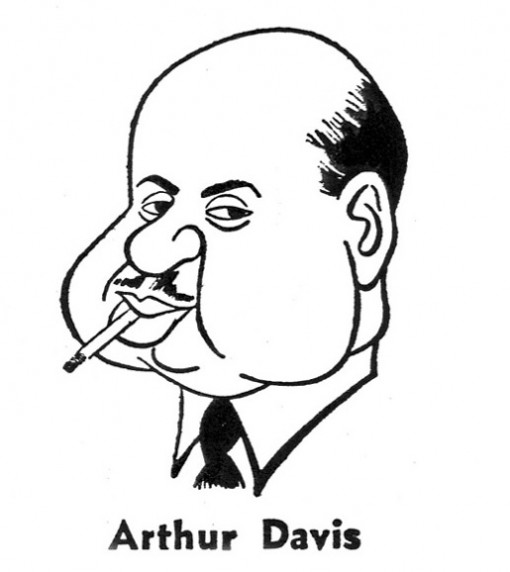 When I first caught up with Art in 1988, he was officially retired, but still worked, doing timing direction for Hanna-Barbera from his home near San Francisco, mailing his work to Hollywood. He told me the one studio at which he had never worked was Disney’s, but that was not for lack of trying.  “In 1929,” he recalled, “a fellow calls me on the phone and tells me his name is Walt Disney. Of course I knew who Disney was. I wrote him a letter after seeing Steamboat Willie—I didn’t know him from Adam, but I wrote, saying how impressed I was with it.”

The upshot was that Disney offered Davis $125 a week to come to Los Angeles, but Fleisher matched the deal, which resulted in Art’s staying in New York for a little longer. He was finally lured to California in 1930 by Charles Mintz, and not long after his arrival, Art told me, he had a face-to-face encounter with Walt:

“After I was out here, Jack King [then a Disney animator] invited my wife and I to a New Year’s Eve party up at his home in the Los Feliz hills [near Hollywood]. Walt and his wife were there. The party was sort of noisy, and at one point Walt and I went into a room to renew our acquaintance. Walt had some to drink, and so had I. We were sitting on a sofa, and he reached over and grabbed my head and started rubbing it. I’m bald, and I was bald even then. I said, ‘What are you doing?’ He said, ‘I just quit Columbia and went to United Artists and I’m doing this for luck!’ He became very big very soon after that and I like to think that I had some part in that success.”