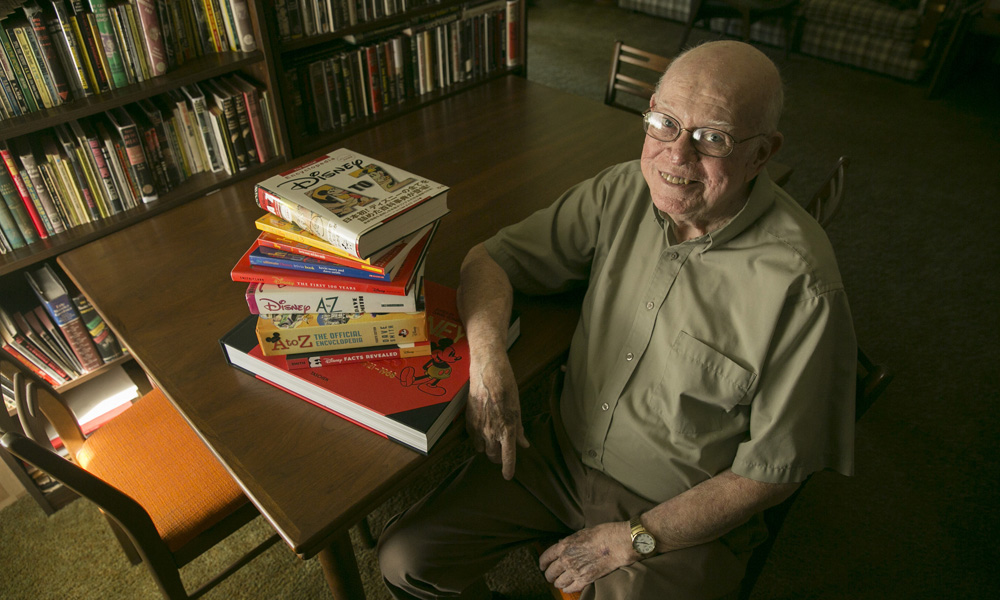 Dave Smith, author, historian and founder of the Walt Disney Archives, died Friday in Burbank, California at age 78. Smith was the studio’s Chief Archivist from the inception of the Archives in 1970 through to 2010, serving as a consultant to the company after his retirement. He was honored as a Disney Legend in 2007.

“He was the unsung hero of Disney’s history who, as our first archivist, spent 40 years rescuing countless documents and artifacts from obscurity, investing endless hours restoring and preserving these priceless pieces of our legacy, and putting them in context to tell our story,” said Disney Chairman and CEO Bob Iger. “Dave was a true Disney Legend, and we are indebted to him for building such an enduring, tangible connection to our past that continues to inspire our future.”

Born in Pasadena, California, Smith earned a BA in History and a Master’s in Library Science from UC Berkeley, interning at the Library of Congress and working at the UCLA research library and the Huntington Library prior to joining Disney. He was hired in 1970 by Roy O. Disney to catalog the items in Walt Disney’s executive suite at the studio, which had been untouched since Walt’s death in 1966. This work eventually enabled the recreation of the office installed in 2015.

In addition to his archival work, Smith authored a number of books on the studio’s work and history, including Disney A to Z, Disney: The First 100 Years, The Quotable Walt Disney, Disney Trivia from the Vault and The Ultimate Disney Trivia Books vols. 1-4.

The Los Angeles Times published a profile on Smith in 2016 where you can learn more about his remarkable career preserving animation history, or check out the 2010 video interview from Inside the Magic below.