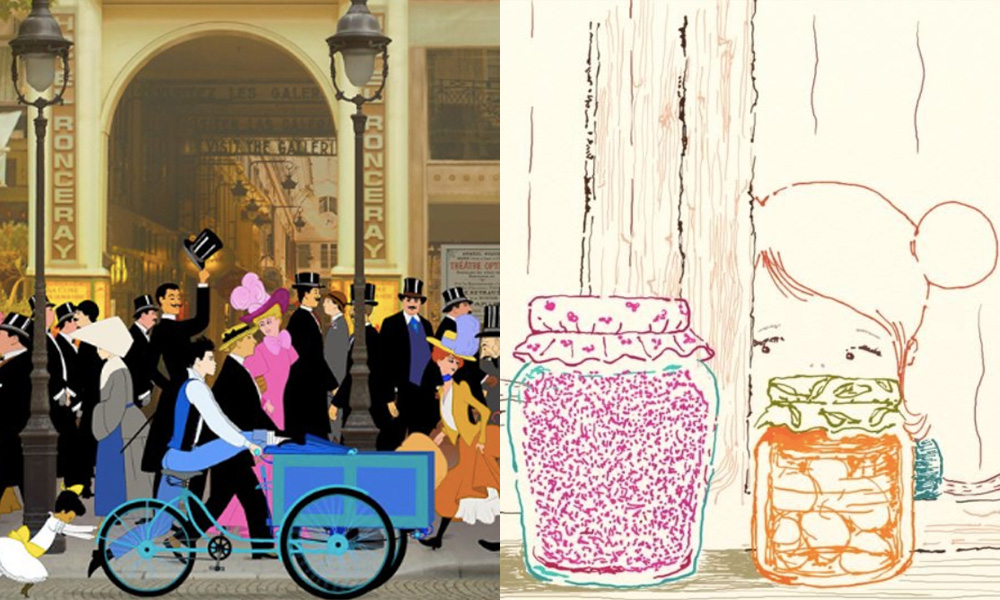 Dilili in Paris and Wicked Girl

The César for Best Animated Short went to Ayce Kartal’s powerful Wicked Girl, which centers on an eight-year-old Turkish who is a victim of sexual abuse. The other nominees were Between the Shadows (Au cœur des ombres) by Alice Guimarães & Mónica Santos, The Death, Dad & Son (La mort, père et fils) by Denis Walgenwitz & Winshluss, and Raymonde or the Vertical Escape (L’évasion verticale) by Sarah Van Den.

Samuel Goldwyn Films plans to release Dilili in Paris in the U.S. later this year. The movie centers on a young girl who becomes caught up in a mystery that will take her through the upper levels and lower depths of Belle Époque-era Paris. In the course of her investigation, she visits incredible places and encounters a series of extraordinary characters, each providing her with clues that will help in her quest to save the women of Paris. The French voice cast includes Prunelle Charles-Ambron, Enzo Ratsito and Natalie Dessay voice the cast.

Ocelot is one of the most acclaimed French animation helmers working today. His past credits include acclaimed films such as Kirikou and the Sorceress, Princes and Princesses and Azur & Asmar: The Princes’ Quest. The movie opened the Annecy Festival last year and played in French theaters last fall. Pic is produced by Christophe Rossignon and Philip Boëffard.

The César Awards were held at the Salle Pleyel in Paris and here hosted by honorary Academy president actress Kristin Scott Thomas. The live-action feature Custody won the lion’s share of the other awards, including Best Picture.

You can watch the trailer for Dilili in Paris here:

Here is the trailer for Wicked Girl:

‘Boonie Bears: Blast into the Past’ Hits $100M Box Office Milestone
‘How to Train Your Dragon 3’ Soars with $55.5 Million Debut Weekend