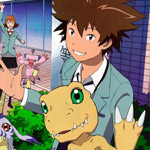 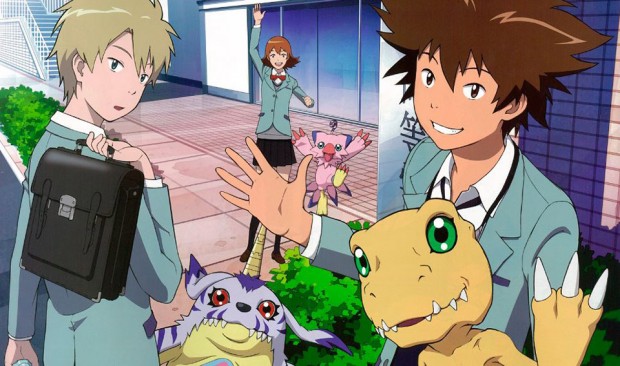 Created in 1997, the heyday of the Tamagotchi digital pets (which were animated that same year in a different series), Digimon is a Japanese media franchise that includes, toys, virtual pets, video games, manga and trading cards. The TV series Digimon Adventure followed in 1999 and concluded a year later. Although it never matched the staggering popularity of Pokémon, which it resembles in some ways, Digimon has enjoyed enormous success, with numerous television shows and theatrical features.

To mark the 15th anniversary of the end of the original Digimon Adventure, a six-part theatrical feature cycle titled Digimon Adventure tri, is in production: Reunion, the first film, was released in Japan in 2015. It and the subsequent entries in the series are being rolled out internationally: the fourth, Loss, received a theatrical release in the U.S. in February. Shout! Factory is also putting them out on DVD and Blu-ray.

All six 90-minute features are directed by Keitaro Motonaga with scripts by Yuuko Kakihara. That’s the equivalent of writing and directing more than two entire American TV seasons of the show — a veritable animation marathon.

In an interview conducted via email, Motonaga said, “With the help of our screenwriting team, we split and arranged big events into six parts, chasing down the main story while taking the perspective of each character into consideration. Then each piece had to be put together like an ultimate jigsaw puzzle. The most notable challenge was satisfying the audience in every chapter while simultaneously giving them high expectations for what was to come next.”

In the original Digimon Adventure, seven friends, led by Taichi “Tai” Yagami, were given digital devices and transported to the Digiworld, where the devices metamorphosed into cute creatures. (“Digimon” is an elision of “Digital Monsters,” just as “Pokémon” is an elision of “Pocket Monsters.”) Each kid was paired with a digital pet/friend: Tai got Koromon. When danger arose, the creatures could “digivolve” into more powerful forms, capable of combating attacking monsters. In the subsequent series and films, the stories sometimes rambled confusingly, introducing new characters, new monsters and even elements taken from Norse mythology.

The tri. film cycle brings back the original cast, and is set shortly after the original broadcast series ended. The gang is entering high school, and they’ve been redesigned accordingly: Tai is taller and lankier, but his trademark mop of hair remains untamed. The members of the group have developed different interests: Tai plays soccer; Izzy is more involved with computers than ever; Matt plays in a band. Tai fears the group may lose the bond of friendship that enabled them to triumph in their earlier challenges. He didn’t need to worry: The gang reunites as they embark on new adventures and tackle new enemies and threats.

One of the challenges of any reboot is that the characters’ designs and personalities are already established. The preset nature of the characters may shorten the development phase of production, but the audience comes into the film with expectations about how the characters will look, act and interact. Failure to meet those expectations can alienate the fans the filmmakers need to attract. Motonaga says that while the preliminary work was “relatively easy,” “some aspects were difficult to control due to the characters’ strong personalities. But new bonds are depicted between the children and their Digimon; an enemy character emerges in the forefront; fierce battles take place.”

As the characters are a few years older than they were in Digimon Adventure, the filmmakers had a bit more leeway. “We rebuilt the characters taking into account their personal growth while retaining their original personalities from the original series,” Motonaga adds.

Similarly, veteran voice Johnny Yong Bosch, who’s taken over the role of Tai from Joshua Seth, told Anime News Network, “Usually, I would do my own research to try and figure out a little bit about the character, because obviously, I’m taking over from what somebody else did. But in this case the character is older now, so I can still do my take on it.”

Motonaga and his artists also made use of new computer techniques that weren’t available when the original series was created. “We incorporated elements of current technology to produce a more pronounced ‘coolness’ factor — while ensuring we didn’t ruin the image or feel of the original series.”

Motonaga concluded by inviting viewers to share the adventures Tai and his friends experience: “Join us as we follow the stories of children and their emotionally turbulent and beautiful journey to adulthood alongside their Partner Digimon. With the progression of each chapter comes the increased ferocity of each battle.”

Digimon Adventure tri.: Reunion (2015), Determination (2016) and Confession (2017) are currently available on DVD/Blu-Ray thru Shout! Factory. Fathom Events and Toei screened Loss in theaters Feb. 1, to be followed by Coexistence on May 10 and Future on Sept. 20.