If you are seeking respite from the dire reality around us these days, relief arrives in late spring in the form of Central Park, a brilliant new musical on Apple TV+ from Bob’s Burger creator Loren Bouchard, exec producer Nora Smith and actor-writer Josh Gad (Frozen). The exuberant show — which features the voices of Gad, Leslie Odom Jr., Tituss Burgess, Kristen Bell, Stanley Tucci, Daveed Diggs and Kathryn Hahn — follows the adventures of a family who lives in Central Park, as the father is the park’s caretaker.

The origins of the project go back a few years ago when Gad’s agent set up a meeting for him with Bouchard, who was looking to expand his company’s creative output beyond the world of Bob’s Burgers (currently in its tenth successful season on FOX-TV). “Nobody’s going to say no to meeting with Loren,” Gad says during a recent phone interview. “So, I met with Loren and his writing partner Nora Smith, and pitched this loose concept to him. Loren and Nora took this idea and infused this with their unique kind of magic, and that’s how we ended up with the concept for Central Park.”

Gad says his plan was to create a truly original musical event, which meant coming up with an animated project that had the American musical theater genre in each and every frame. “Of course there have been many successful shows that have done musical numbers in some of their episodes, including Bob’s Burgers, but I wanted our project to take audiences along on an emotional journey the same way they’d experience with any live musical show, like Hamilton or The Book of Mormon or any other culture zeitgeist-y titles,” he notes. 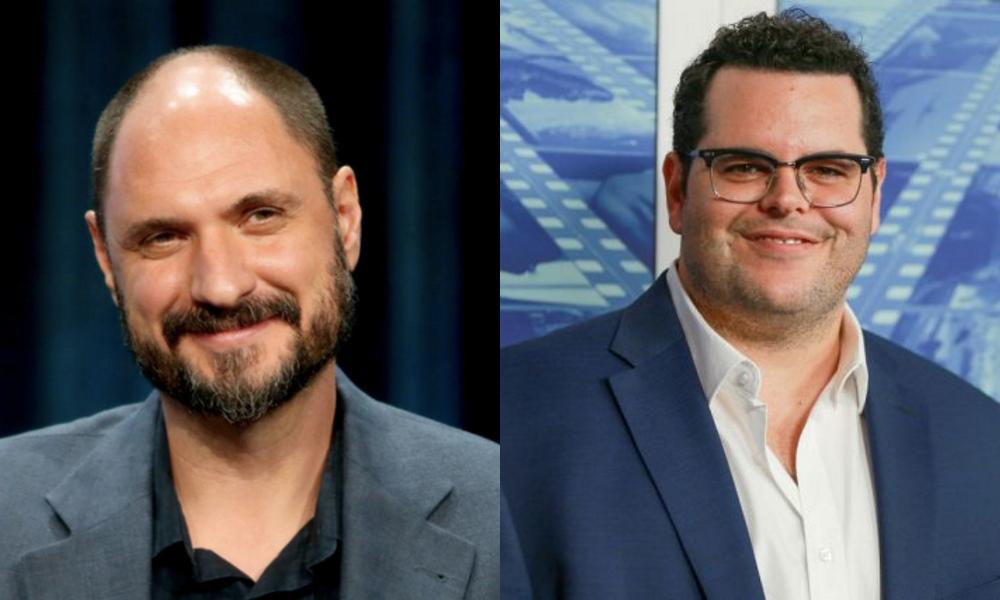 ”That was a very scary prospect because It had never been done before,” Gad continues. “We wanted to do three or four original numbers per episode, and that’s beyond time-consuming. When I first insisted on that, there was a lot of pushback. But Loren understood how necessary it was to go all in if we were going to do this. He and the team, which includes [supervising producer] Janelle Momary, exec producer Nora Smith and show runners Sanjay Shah and Halsted Sullivan, have done an incredible job of creating something that is incredibly difficult to produce and deliver. Now that I have seen it fully executed, I believe it’s a real gamechanger.”

Bouchard says he loved Gad’s notion of creating a musical centered on a family living in Central Park. “He definitely had my attention, and so we started having lunch and coffee dates and slowly grew the idea for the show,” says the Emmy-winning producer and show creator. “The notion was that you have this family who lives in Central Park because he was the general manager of the park, and he lives there with his family, just like how the mayor lives in Gracie Mansion. This bending of reality gave us this fairy tale version, where they live in this faux castle in the middle of the park. We also added this narrator, in the spirit of the rooster in Disney’s Robin Hood, and cast friends and associates of Josh’s because we wanted to put people around him who he wanted to work with. He has this unique ability of making people say yes to things!”

Bouchard, who has been making wonderful animated shows since the days of Dr. Katz, Professional Therapist (1995-2002), Home Movies (1999-2004) and Lucy, the Daughter of the Devil (2005-2007), says he has new appreciation for the American musical comedy. “I really liked learning how to make a musical animated show,” he says. “Anyone who grew up watching old Disney movies knows that animation and music can make a really powerful combination.

He says he also discovered how big a role music had to play in Central Park.

“I learned that a real musical has music at the core of it, and music is more important than any other aspects of the project,” Bouchard says. “It moves the story forward as well as upping the emotional stakes of the story. When I agreed to do the show, I didn’t fully understand this, but Josh, who is a real musical guy, knew everything. He had this idea to use a guest songwriter in every episode, except the pilot. That added a little bit of variety and a fresh take on the composition each week. Our in-house people are fantastic, but I’d love that you have to see the end credits of the show to find out who the songwriter of the week happens to be. We reached out to some amazing people, and we were thrilled that they all said yes.”

Gad says that he always envisioned a pool of composers that he could pick from for each episode. “That was always part of my pitch,” he says. “We didn’t want to have a similar sound and energy for the whole show. To have a guest artist per episode was my pie-in-the-sky idea. A year later, now that we are putting the final touches on the show, I can see that the songs are next level. Another goal was to not to treat any of the songs as jokes, which happens a lot in animation where the songs serve as spoofs of musical tropes. Instead, we wanted to embrace all the emotions you may experience from a great musical. That’s not to say that we don’t have hilarious songs on the show — we just take them seriously.” 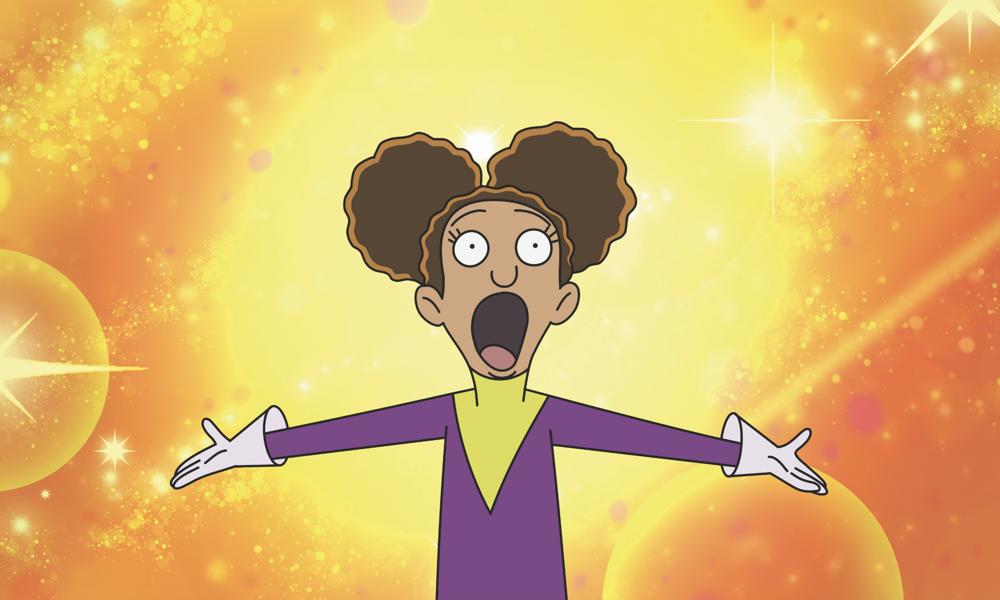 Gad recalls that he was equally excited to play with concepts and get a writers’ room together. “Loren is very detail oriented and we had a lot of changes along the way,” he says. “We had a lot of stuff that we were changing down the road, and I thought it was so remarkable how game the animators were. There were certainly a lot of sleepless nights for everyone. We just finished locking the final episodes — there are 10 episodes in the first season [and Apple TV+ has already greenlit a second season]. Then, in addition to all of that, we had to shut down in the middle of post because of the virus. Thanks to the amazing team at Bento Box, all these gifted animators were able to take the work home and work at slightly a slower pace, but everything came together pretty much on time.”

The animation for the show is handled by the amazing team at Bento Box, based in Burbank. To help out with the 2D animation, the production also uses Yeson Entertainment and Yearim Productions in Seoul, S. Korea; Tonic DNA in Montreal, Canada; and Mighty in Guadalajara, Mexico. Bouchard adds that the production wouldn’t have been able to deliver everything in time without the aid of the supervising producer Janelle Momary, who figured out how everyone could work from home after the COVID-19 shutdowns. “Janelle really moved mountains to get everyone home and safe, and yet up and working. We should all sing her praises — and her amazing IT team.”

Central Park shares a similar visual aesthetic with Bouchard’s other popular show Bob’s Burgers, so you can easily imagine the Belcher family running into the Tillermans, the main characters of the new show. While each episode is self-contained, there is a longer storyline involving the greedy heiress who plans to destroy the park, which will reward audiences who watch every episode. Apple TV+ will release the first three episodes together on May 29, but will then offer a new episode on a weekly basis. 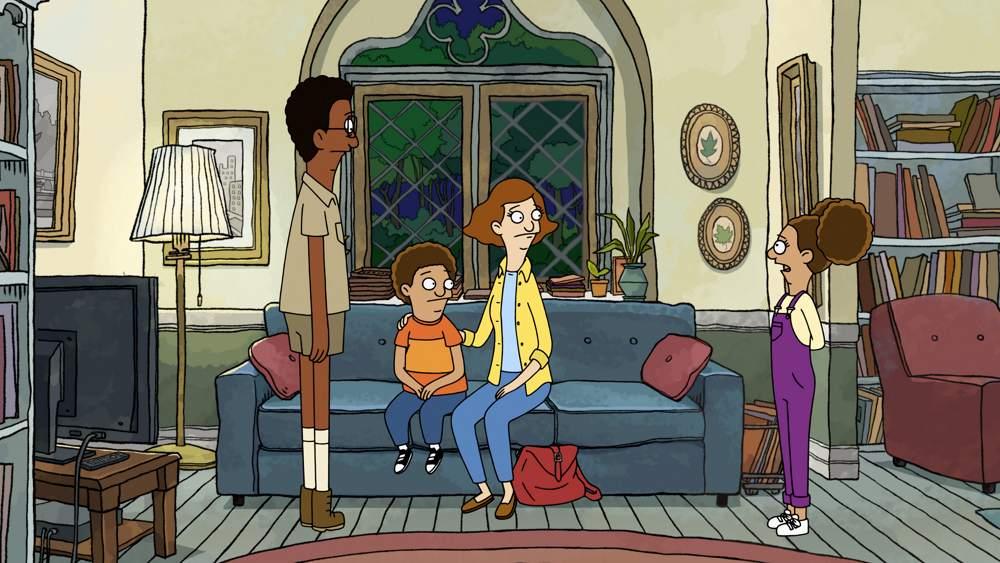 Both Gad and Bouchard are really excited to share their wonderful handiwork with the world at large in a few weeks. “The thing that Loren and I set out to do was to create a show that is pure joy in these times of cynicism and, obviously right now, much unmitigated concern, fear and dismay,” says Gad. “We hope the show gives you a half-hour worth of smiles each week—a half-hour that people can forget their troubles. We also hope that the show is going to do a lot more than that, and also offer a lot of songs that you’ll have a hard time getting out of your head.”

Bouchard adds, “I didn’t want to make a show where people are rude and mean to each other. That is not worth putting out in the world. Fortunately, we were able to tell a story about a family that love each other and make it funny as well. I love these characters and how they bounce off each other, and we also have a delicious villain, the old heiress voiced by Stanley Tucci! The irony is that you start falling in love with her, too. Of course, we hope we do some good for somebody out there with our show. I also love the show’s big stakes, which is the possible destruction of a huge public place. This family could go on to save Central Park, and maybe the world, so the stakes couldn’t be higher!”

Central Park debuts on Apple TV+ on May 29. 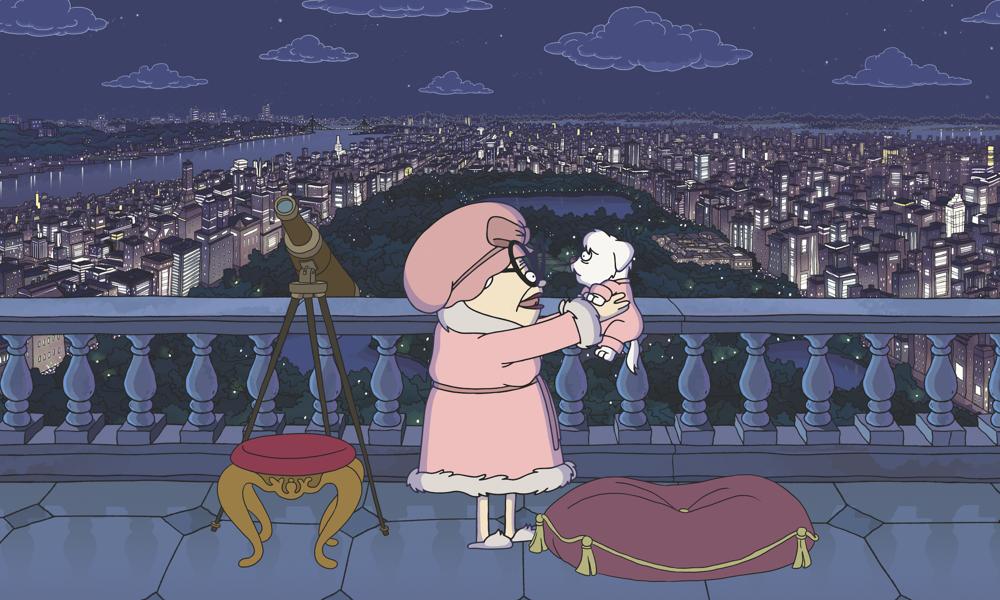