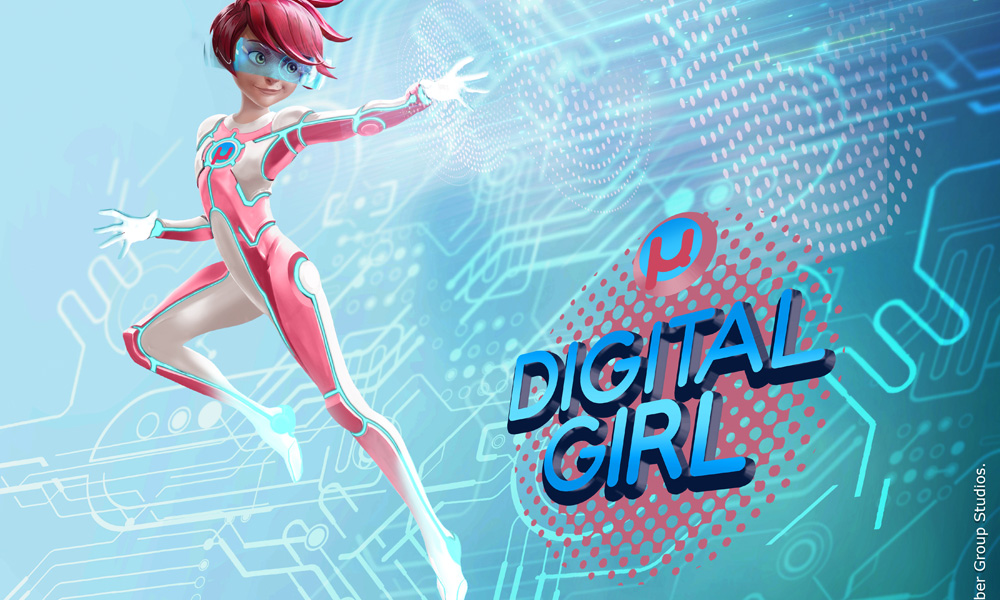 distributed worldwide by Cyber Group Studios outside of Russia.

The two series are in development with plans to present to the international markets in 2019.

Digital Girl (26 x 22’; CGI), created by Pierre Sissmann (Zorro The Chronicles) and Sylvain dos Santos (Droners), tells the story of 14-year-old Chrissie, the first ever digital super heroin. Alexis Briclot, renowned for his designs on Captain Marvel, Thor, Ant-Man or Avengers is signing off the graphic bible. In the series Chrissie will be confronted to Hack Girl, a digital supervillain to restore ecological balance and a peaceful community life in a futuristic but very contemporary world dominated by the digital networks.

Magic Chess Odyssey (26 x 22’; CGI) tells the story of a chess board with supernatural powers that can change the lives of children around the planet. While a pure entertainment piece, Magic Chess Odyssey combines storytelling with ground-breaking animation while immersing kids in the real intricacies of the great chess competitions.

“Chess is a battle of brains over a board, where with a few pieces you learn so many things like patience and respect for your opponent, but also the ability to look beyond just one move,” said Bachar Kouatly, Deputy President, and Arkady Dvorkovich, President of FIDE, the World Chess Federation. “FIDE is thrilled to partner with experts in animation such as Cyber Group Studios and Soyuzmultfilm on this unique project. Their talented animators will bring to all, from the inside of a competition, the magic that chess players do experience when they play chess.”

“I am thrilled to partner with a legendary studio such as Soyuzmultfilm which has developed so many successes in Russia and comes with a great tradition in the animation community,” said Pierre Sissmann, Chairman and CEO of Cyber Group Studios, “and I look forward to working with Juliana Slashcheva and Boris Mashkovtsev to create some of the next compelling animation series for kids and families available all over the world.”

“We are pleased to work with the notable French Cyber Group Studios and the World Chess Federation,and hope that our cooperation will be successful,” added Yuliana Slascheva, Chairman of the Board of the Soyuzmultfilm Studio. “This will be the first major international agreement for coproduction of modern animated series in the newest history of the legendary Russian Soyuzmultfilm Studio. Recently the studio has gained good skills in the production of animated series in Russia, and we believe they will help to implement these projects.”