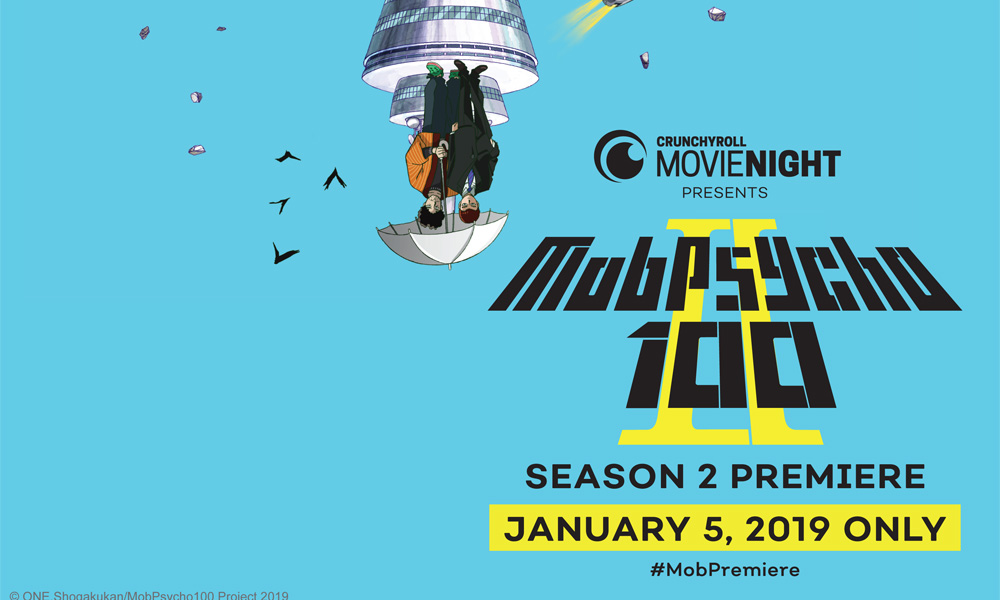 Anime destination Crunchyroll and Fathom Events are teaming up to bring back Crunchyroll Movie Nights in 2019, kicking off with the theatrical premiere of Mob Psycho 100 II next month. Set for Saturday, January 5 at 12:55 p.m. local time, the screening will give fans an exclusive sneak peek of the first episode as well as a recap of the first season (available on Crunchyroll) and a special greeting from actor Setsuo Ito, who voices Shigeo Kageyama (a.k.a. Mob).

Tickets go on sale to the general public on December 7; Crunchyroll subscribers will receive early access on December 5 and will continue to get presale opportunities for Crunchyroll Movie Night events throughout 2019. More than 500 cinemas are participating nationwide. Tickets and locations at www.fathomevents.com.

The year-long program will feature at least four major anime premieres in theaters. The Mob Psycho 100 II debut follows the success of the Yuri!!! on ICE marathon event from Crunchyroll and Fathom Events, which had one of the highest per-screen-averages on the night of the event in mid-October.

“There are so many great animation titles that deserve a chance to shine on the big screen,” said Fathom Events CEO Ray Nutt. “We’re looking forward to working with Crunchyroll to put more of their films in front of cinema audiences, and give the fanbase an opportunity to experience it together.”

This partnership with Crunchyroll in 2019 will further enhance Fathom’s already popular animation vertical, which accounted for nearly 20% of the company’s total revenue in 2017 with just 17 events. In 2018, Fathom increased its number of animation titles to 27 to meet fan demand.

Mob Psycho 100 II will make its TV premiere January 7, 2019, with the simulcast streaming on Crunchyroll after episodes air in Japan. The new season will launch on Crunchyroll in partnership with Warner Bros. Japan. 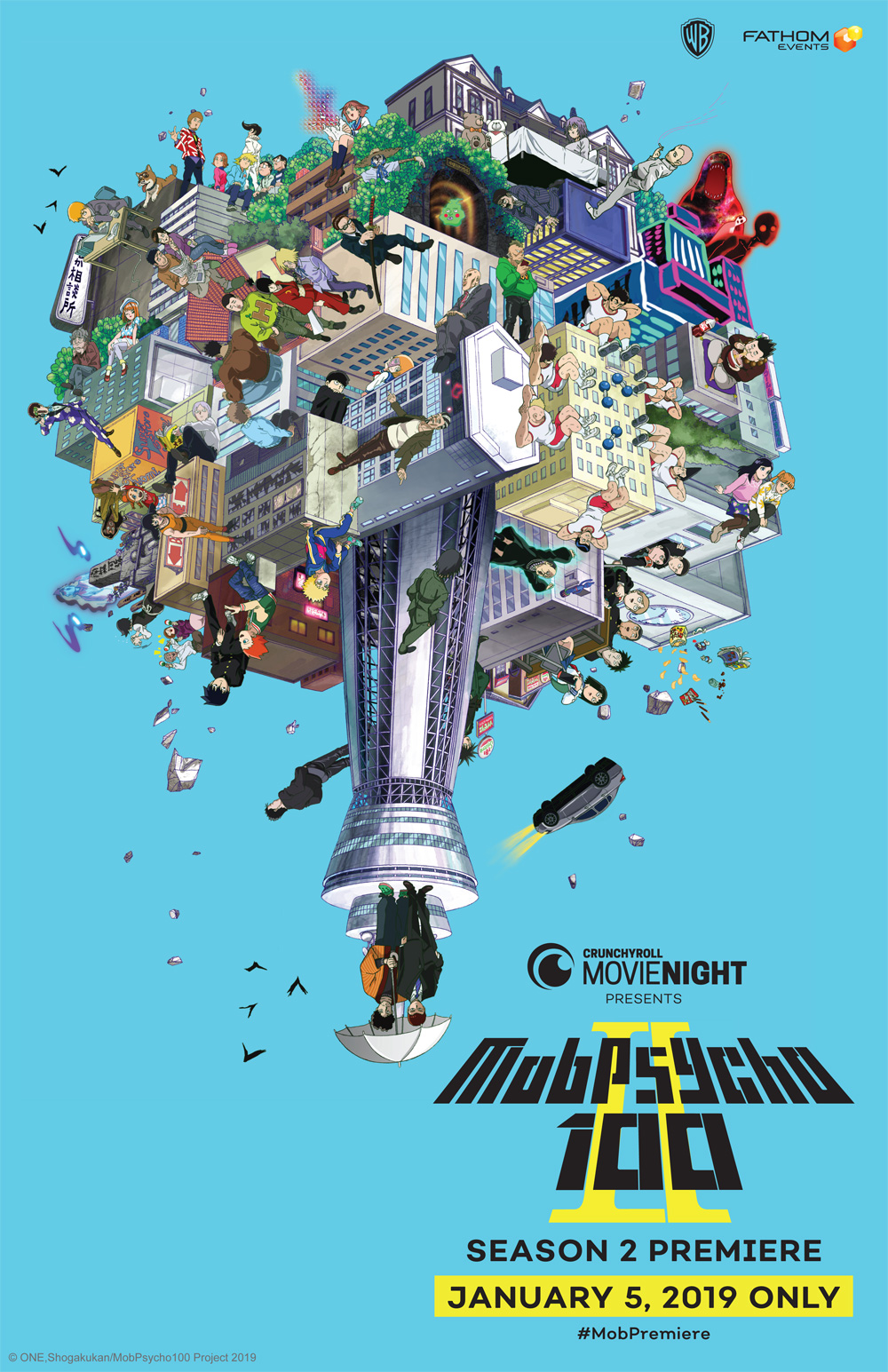