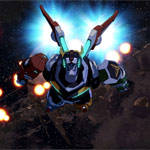 If you’ve been wondering what is going to happen to Allura, Keith, Shiro, Lance and the rest of the gang on Voltron: Legendary Defender, you’ll be glued to Netflix today. The streaming service is debuting the sixth season of the DreamWorks Animation-produced series.

As co-exec producer Lauren Montgomery told ew.com, “When we pick up, the Galra Empire is fractured, Voltron and the Paladins are working with Lotor, who is the new Galra Emperor and they’re trying to bring peace. Allura has discovered some new powers on Oriande.” Adds exec producer Joaquim Dos Santos, “While Lotor seems to be doing the right thing and standing right by his word, there’s always sort of an air of uncertainty with his character and where he’s coming from.”

Mongtomery also noted that viewers will see how Allura and Lotor’s trip to Oriande has changed things. “Allura has gained this new knowledge to access her powers and Lotor is thrilled for her. He seems like the very loving, supportive person who didn’t need the glory himself. He’s happy for her..but as human beings, I think we know there might be a little more to it than that!”

And yes, they believe that something may be up with Shiro. “I think we wouldn’t put it out there if we weren’t going to answer that at some point,” says Montgomery. “So, I think you can definitely find an answer!”

Here is the official logline for the seaon: “Suspicious of Lotor’s alliance with Voltron, Galra oppressors continue to invade and conquer vulnerable planets throughout the universe.  A hyper-focused Team Voltron feels the need to liberate helpless planets and begins a massive campaign to save millions of lives. But after the Paladins uncover some troubling information, they must engage in their most epic battle yet.”

Here are some clips for eager viewers:

Desperate times calls for Galra measures. Hunk and the rest of the paladins have to work with the Galra to repair the Omega Shield. This peculiar working relationship brings out a side of Hunk none of us have seen before!

Even Lotor was once a child! Meet the woman who helped raise him and watch Lance bask in his embarrassment! 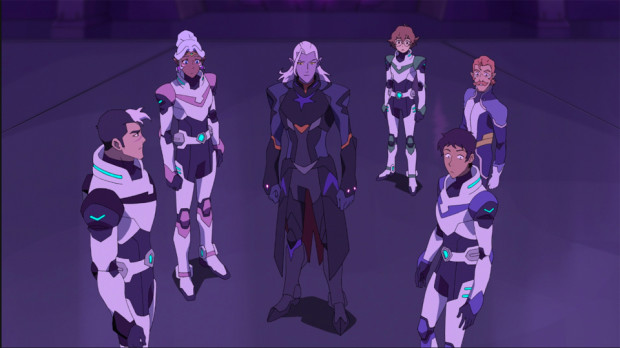 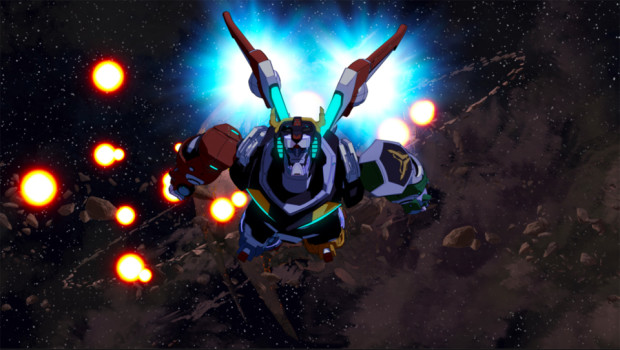