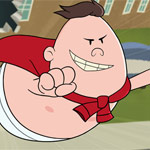 Here’s something to tra-la-laaaa about! The uproarious adventures of George Beard and Harold Hutchins continue in DreamWorks The Epic Tales of Captain Underpants, premiering Friday, July 13 on Netflix.

Based on the animated feature film and the epic novels of Dav Pilkey, each 22-minute episode in the new series is divided into short “chapters.” Along with a seemingly unstoppable villain, each stand-alone adventure contains an original comic created by George and Harold, and, just like Pilkey’s books, boasts an inventive visual style that might inspire viewers to create something themselves. In the span of one episode, they might see everything from puppets to live-action moments interspersed with the 2D animation. The series is overseen by Peabody and Emmy-winning executive producer Peter Hastings.

Read more about it and check out the clips below for a sneak peek!

“Everything Turns into Clay!” 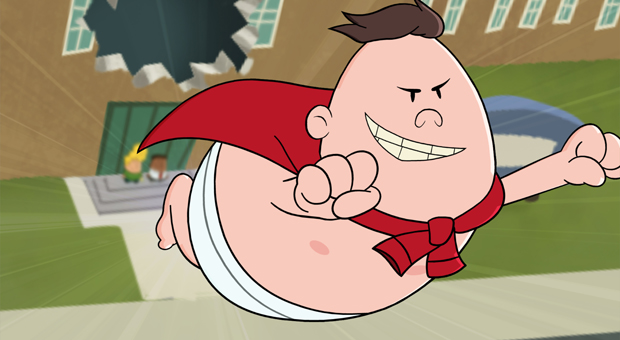