Season 2 of DreamWorks Animation’s Dinotrux has arrived exclusively on Netflix, bringing along tons of cool new species and characters for Ty and his best friend Revvit to rumble with. These include roaming herds of Rollodon (montanoceratops + steamroller); fierce and fast Gluphosaur (dilophosaur + glue gun); slithering Towaconstrictor (snake + tow chain); and the desert Scraptor’s leader, who boasts the biggest metal horns in the clan.

Synopsis: Ty and his best friend Revvit are back, building and battling in an all-new Dinotrux Season 2! The turf war escalates when D-Structs unveils a buzz-saw tail, battles with battering-ram Skya and kidnaps Revvit.  Together the team saves the Ottos from a meteor crash, goes underground to escape the Desert Scraptors and builds a racetrack with Ton-Ton’s friends the Dumps. The fun never ends with the crew that’s half dinosaur, half truck and all awesome! 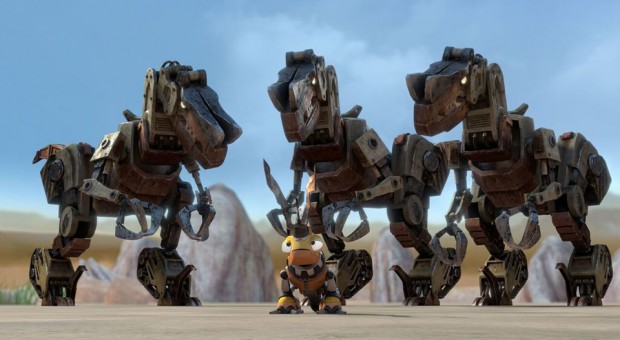 You may also like...
Related Topics:Dinotrux, DreamWorks Animation, Netflix