Season 2 of DreamWorks Animation’s 2D series Dawn of the Croods — inspired by the hit film from Chris Sanders and Kirk DeMicco — has premiered exclusively on Netflix! Get a little taste of prehistory with these fun clips from the newest adventures of Eep, Thunk, Grug, Ugga, Sandy and Gran as they encounter new firsts for mankind in the Croodacious Era.

Some key moments from season two include Eep joining the first Scream-Leading team, setting up the first underground dance club, death-guarding at the watering hole and experiencing the curse of her first crush. Meanwhile, Thunk invents ventriloquism, tries out Slateboarding and gets a babysitting gig. Grug befriends his irresponsible doppleganger, and the whole family takes a very eventful vacation. 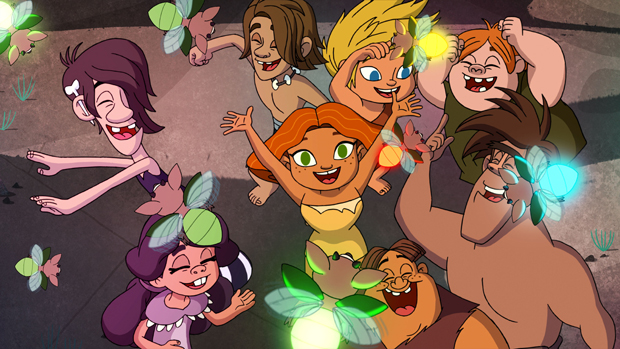 Dawn of the Croods Season 2

You may also like...
Related Topics:Chris Sanders, Dawn of the Croods, DreamWorks Animation, Kirk DeMicco, Netflix