DreamWorks Animation Television’s Dawn of the Croods will premiere on Netflix worldwide on December 24, but you can get a first look at the series adaptation of the popular prehistoric family flick. In this original animated sitcom, Eep, Grug, Thunk, Ugga, Sandy and Gran take the Croodaceous era by storm as they deal with modern day problems for the first time in history — things like school, slumber parties, elections and more. Cast includes Laraine Newman (Gran, One-Eyed Amber), Chris Parnell (Snoot) and Ana Gasteyer (Meep). 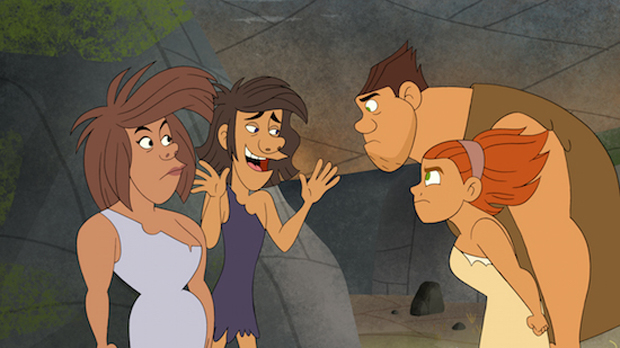 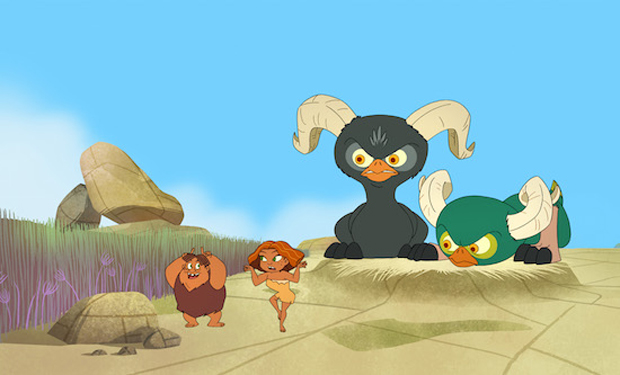 Eep and Thunk are competing for a spot in the “in” crowd (inside the predator defense circle, that is), but first they’ll have to prove they have the guts to hang with a pair of Ahhh! Valley’s biggest predators: the Ramu’s.  You can find out which of the siblings gets to run with the cool kids when Dawn of the Croods debuts 12/24, exclusively on Netflix. Photo: DreamWorks Animation. DreamWorks Dawn of the Croods 2015 DreamWorks Animation LLC. All Rights Reserved