In Season 3, Turbo and the crew quit racing on the track when they become obsessed with a fantasy racing league, compete in a bobsled race against a Jamaican chicken team and let a reality show wreak havoc.  The world’s funniest snails must contend with hard-partying toilet frogs, a gang of outlaw crickets, truck-robbing cargo bandits, a perfect poodle moth and so much more in this outrageous comedy! 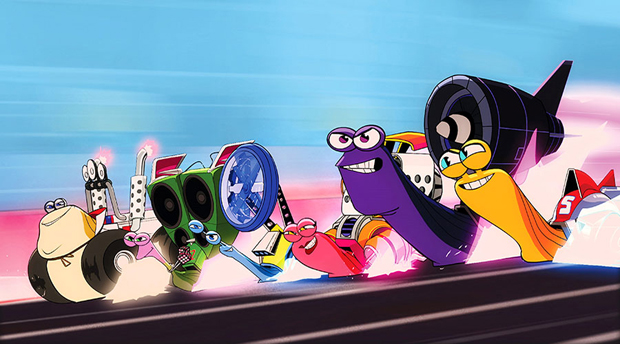