The third season of DreamWorks Animation Television’s Dawn of the Croods debuts on Netflix streaming this Friday, April 7, with a fresh slate of 2D animated adventures loaded with prehistoric pitfalls (and pratfalls). You can get a taste of what’s in store with the new clip below!

The Croods were last seen escaping from the villainous missing link clan of the Brood family … and winding up inside a Tyrannaconda tummy. In season 3, the Croods find a way to escape and stop the Broods from taking over Ahhh! Valley. With Grug appointed the first leader in history, he has a lot to learn about keeping the valley safe from superpredatores and running smoothly. And they haven’t seen the last of the Broods.

Some more of humanity’s “firsts” that await in season 3 include gossip, golf and “quicktogramming” — a Croodacious version of social networking that introduces Eep to her future love interest, Guy. 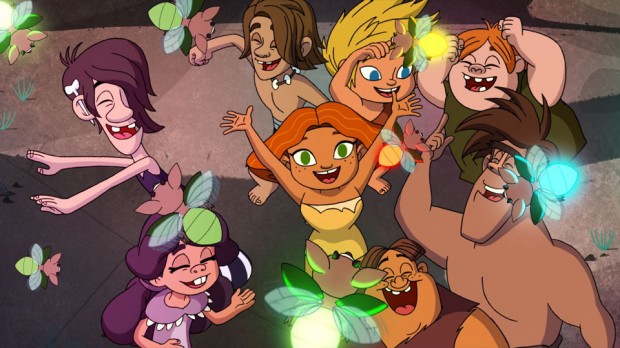 Dawn of the Croods

You may also like...
Related Topics:Dawn of the Croods, DreamWorks Animation Television, Netflix