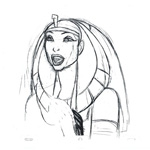 Since this past week has been one in which a lot of unexpected things happened, let’s go even further. Imagine a time in which, against all present trends, traditional hand-drawn animation makes a substantial return. Suddenly, all those classically-trained and experienced animators are once more in demand for their primary skills, and computers are employed only for inking and painting.

Well, it could happen.

But here’s the point: were this fantasy to become reality it would provide new professional importance to a group of artists who were already among the most unheralded in the toon trenches: clean-up animators.

We’ve all heard a lot about the master animators who give the characters life, but it is not their actual drawings that are seen by moviegoers. Instead it is the clean-up artists’ drawings, traced from the roughs, which become inked and painted. Back in 1997 I spoke with clean-up artist Brian Clift, who was then working character lead for “Moses” on the film The Prince of Egypt, about these largely unsung heroes of animation. He told me he considered the term “clean-up” to be a misnomer:

“It’s a bit misleading, because the animation is done in two stages. Character animation isn’t really complete until the second phase, the final phase, the clean-up phase is done. The animator obviously does all the primary stuff in the rough, and there are a large number of animators who work with a character. But they all draw it differently. You can draw really clean and be off-model, or draw rough and be somewhat on-model. [Clean-up] basically means taking the animator’s roughs and trying to understand how he acted it out, what that character is doing in an action and acting way, and to plus that. You take his acting but make it look consistent with all the other animators so it truly looks like one character and not a very large family of brothers.”

I asked him if the nature of the job signified that the clean-up team had to all be better artists. “Better? I don’t know,” Brian replied tactfully, adding:

“You just have to take a lot of care. There may be some animators who, if they had the time, would really be able to draw it dead on, and some do. I can point to many animators who are very good draughtsmen, but given the speed that they have to work at, they work a little looser. They don’t have to tie it down exactly. But somebody in the clean-up stage has to be able to nail that character. We have to be very, very precise, very accurate, very consistent, because otherwise is shows up.”

Even though many of the industry’s top animators have made the transition to digital animation, the job of clean-up is no longer applicable, though a quick glance at Brian Clift’s resume shows that he has continued to ply his trade whenever a hand-drawn project makes it through. As for this parallel universe I’ve postulated in which hand-drawn animation once more becomes the norm, or at least shares the stage with digital tooning? Well, I can dream, can’t I? 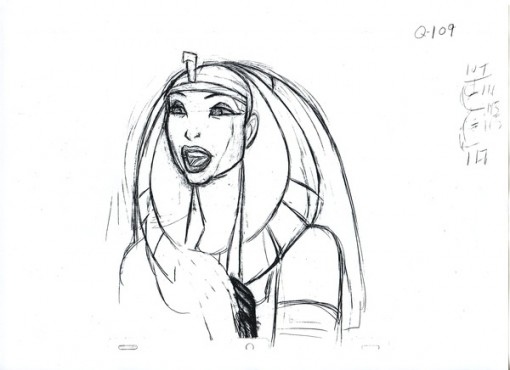 The Queen from Prince of Egypt Rough Sketch 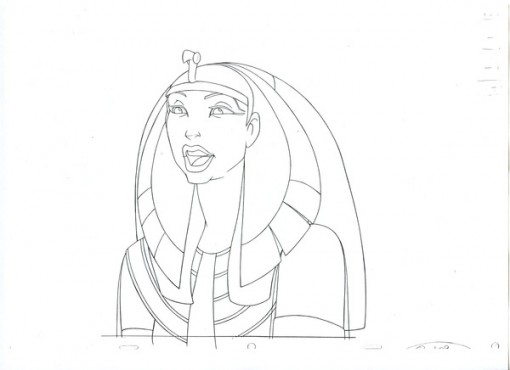 The Queen from Prince of Egypt Final Line Drawing

You may also like...
Related Topics:Animation, Brian Clift, clean-up animators, The Prince of Egypt