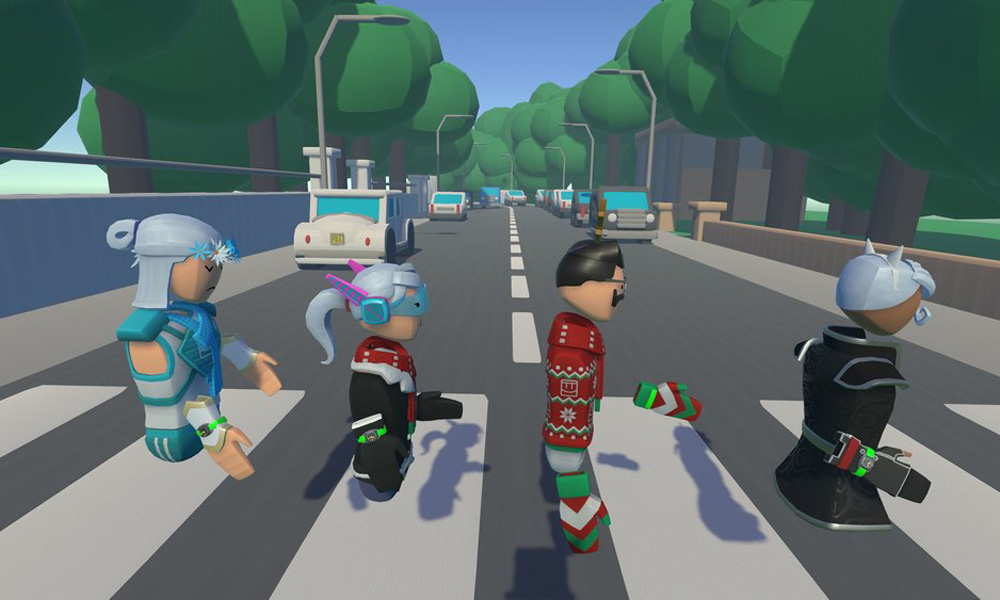 The recent CES (Consumer Electronics Show) in Las Vegas was bigger than ever, with over 4,500 companies exhibiting to over 180,000 attendees in about 3 million square feet of space. It covered many areas related to animation and VR, including development tools, new applications and markets, and knockout displays.

The different flavors of VR, AR and MR are now collectively called “XR” in the “immersive industry.” New XR headsets at the show included the Samsung Odyssey, which for around $400 has built-in, high-quality AKG headphones with spatial sound so you can hear what’s sneaking up on you. It interacts with MS Windows Mixed Reality via a cable, has integrated microphones and two wireless handsets. The new Oculus Quest has two hand controllers similar to those of the Rift, and cameras in front that track the headset and player in 3D space as they move around, for true 6 DoF interaction. Its resolution is the same as that of the Go, 1600×1400 per eye. It is expected to ship by 2Q 2019 for $399. VR panelists noted that standalone XR headsets which need no PC connections increased by 20% last year, and will be the major growth drivers for the immersive industry, which is expected to grow from $6 billion in 2018 to $10.6 billion in 2019, according to Nielsen Superdata.

An interesting Mixed Reality competitor to Magic Leap and MS Hololens at the show was Chinese startup Nreal with its lightweight, 3 oz. MR glasses, with surprisingly crisp visuals and a wide FOV. Like Magic Leap, they require a cable connected to a puck-sized processor in your pocket. Their Snapdragon 845 CPU drives two cameras in front to map a scene and also track objects as they move through it. This is known as SLAM, Simultaneous Localization And Mapping, a technique used by self-driving cars. Two speakers provide 360-degree sound, and built-in microphones will enable voice control in the future. The glasses are scheduled to ship in 3Q 2019 for under $1,000.

One of the most accessible social VR platforms was Rec Room, by Against Gravity. This free VR world plays on most major VR headsets, and enables the creation of avatars, games, sports, meeting rooms and 3D outdoor environments. The numbers are impressive:

The player’s avatar can play games including bowling, shooting, poker and skiing, as well as order pizza, take photos or videos, conduct lectures, and make friends from around the world. Avatar mouths move when you talk, and you can teleport instead of walk or fly if you get “VR nausea.” Tutorials and user groups are included. Youtube has many examples of the user-created rooms, some of which get 300,000+ visitors.

Augmented Reality glasses came back with a vengeance this year, with Bose AR Sunglasses, Vuzix Blade, Tencent Spectacles and North Focals fighting to succeed where Google Glass and others have failed. Unlike Glass, these AR glasses are fashionable, and many may not spot their hidden cameras. Animation and AI experts can expect tons of jobs to pair such glasses with digital assistants, real world digital tourist guides, turn-by-turn navigation, and location-based games. In addition to newly created animated figures and content, it is likely that 3D models from movies will be repurposed for AR scenarios, such as the dinosaur Blue from Jurassic Park.

Earbuds called “hearables” attached to AR glasses will lead to new apps — think of a location-aware Siri or Alexa, or check out the movie Her. Sennheiser has a smart hearable called AMBEO, which can amplify sounds you want to hear into virtual 3D space and filter out unwanted, distracting sounds such as traffic or construction.

Rumors flew about new Apple Glasses integrated with its smartwatch by 2021. Other news expected in 2019 concerns a major push by Microsoft’s Hololens 2, which should have a leg up on the enterprise market after winning a $480 million U.S. Army contract.

New XR animation toolsets were prominent. Adobe is improving its Project Aero creation tool. Facebook’s Spark AR camera effects platform has expanded to Instagram. Snap Lens Studio celebrated over 250,000 “lenses” with 15 billion views. Amazon showed Sumerian and Torch. AR for a global experience needs great mapping tools and cloud storage, and these could be seen with Samsung’s Project Whare and Magic Leap’s Magicverse. New mixed reality tools included Arvizio’s MR Studio, which enables multiple users from different sites to create and interact with MR experiences such as walking through a 3D room or area while discussing and marking up areas of interest.

Blockchain was a hot topic at the show, for supporting both electronic currency and foolproof ID tags, especially for eSports, which are growing rapidly, with hundreds of millions of viewers. Cryptocurrency was considered vital to let players bet on competitions and get paid in electronic funds or tokens instead of in the many local currencies around the world. CEOs of companies in this area spoke of techniques to motivate players to keep the tokens in play, to sell or buy in-game articles such as weapons and skins, or to enter contests for prizes. Animators and artists creating such in-game articles fueled a $50 billion industry in 2018, and this is expected to grow this year. One of the surprising high-tech users of blockchain is Walmart, which is demanding its use as identification tags for produce. It is also the first major company to use blockchain ID tags for food shipments. Its SVP noted on a panel that this reduces the time to track faulty products from “shelf to farm” from seven days to around two seconds. Walmart is also betting big on VR, with a program to train over one million employees with VR-based courses on Oculus Go headsets.

Many panels and booths covered tech for health and fitness, and this part of CES at the Sands now takes more than a day to cover. The consensus of expert panels was that VR/XR for telehealth, training, pain management, fitness and health monitoring are growing and profitable applications for this technology. Demos of AR headsets showed overlays of X-Ray and other data to let you “look inside” a human body. Also new were exercise machines that use VR for eSports competitions. Professional bicycle teams now race stationary bikes in global competitions, streaking across virtual terrain enabled by companies such as Zwift. VR to accelerate sleep and REM dreaming is also on the rise, fueled by the increasing lack of high-quality sleep in the U.S. and other countries that leads to disastrous health consequences. MDs spoke of future prescriptions for VR programs and headsets.

New TVs and screens at the show aimed to make home viewing as dramatic as that in theaters. 4K TVs seemed to be the minimum standard, and now feature improved visual and sound quality via HDR and Dolby Atmos technologies. LG showed its new Signature 65R9 rollable OLED screen that gives you a bright 65-inch picture and then rolls up like a paper scroll for storage. Also amazing to witness was its Cinebeam HU85L projector, which solves a major problem of that format: having to ceiling mount the unit 10-20 feet from the screen. The Cinebeam sits at the bottom of a screen or white wall and projects a 90 inch diagonal, 4K image upwards from as little as two inches away, while moving it back only seven inches results in a 120-inch picture. People who fall asleep in front of the TV at night can give it a voice command such as, “Turn off after the movie has finished.”

Samsung’s art-inspired “The Frame” TV can display animation or other art in photorealistic resolution, or turn chameleon and mimic the wall behind it to become invisible. It’s “The Window” model lets users break the screen into different chunks that can be rearranged, and enables watching multiple content feeds at the same time. Samsung and others showed brilliant 8K TVs with resolutions near the edge of human vision capability. They are still a couple of years from adoption, as they lack available content and need new high-speed infrastructure including HDMI 2.1 cables and Wi-Fi 6 routers. What was missing: the 3D TVs that were ubiquitous at previous shows seem to have faded into the twilight.

The Internet of Things (IoT) was a major topic, and one that will require massive amounts of graphic and animation talent. Expert panelists spoke of the new 5G wireless standard in combination with the IPv6 Internet protocol enabling communications of over a million objects within one square mile, all of them with their own Internet address. There is hot competition among countries to dominate this standard, with China appearing to be an early winner. Panelists stated that the IoT will bring new genres of entertainment and XR, with consumers increasingly interacting with their environments. One said, “The future’s so bright, you have to wear (AR) shades!” More and more companies are looking for managers with “VP of Immersive Technologies” titles, and ambitious artists in animation, VFX and XR would be well advised to inform themselves of this new wave, which extends far beyond standard videogames. 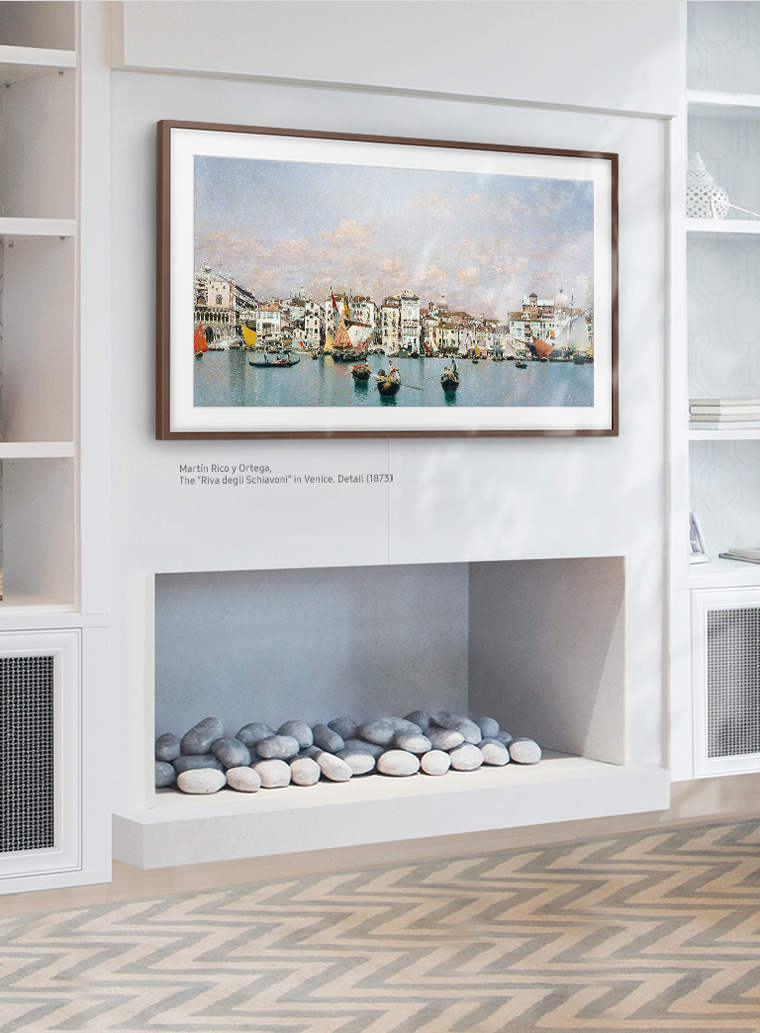 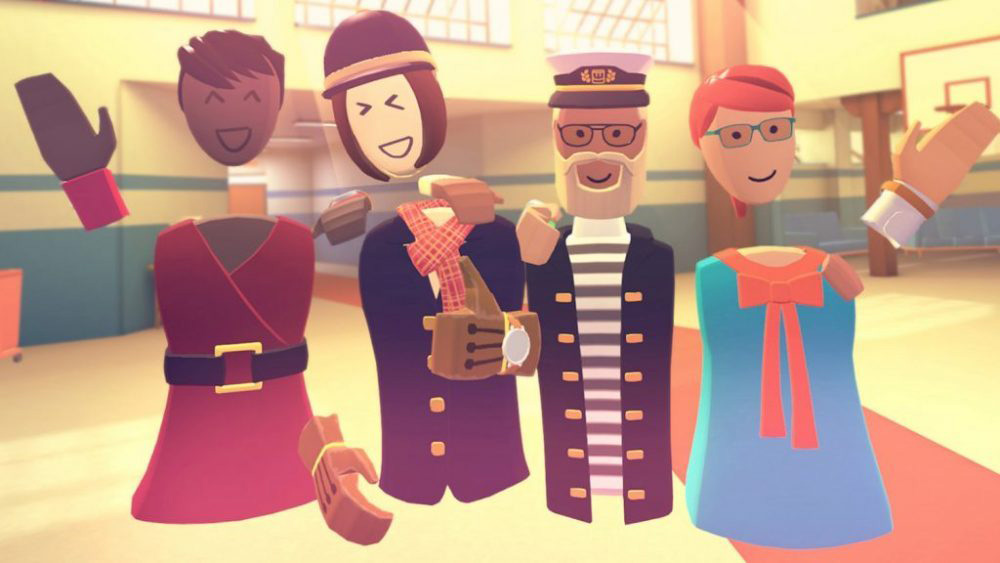