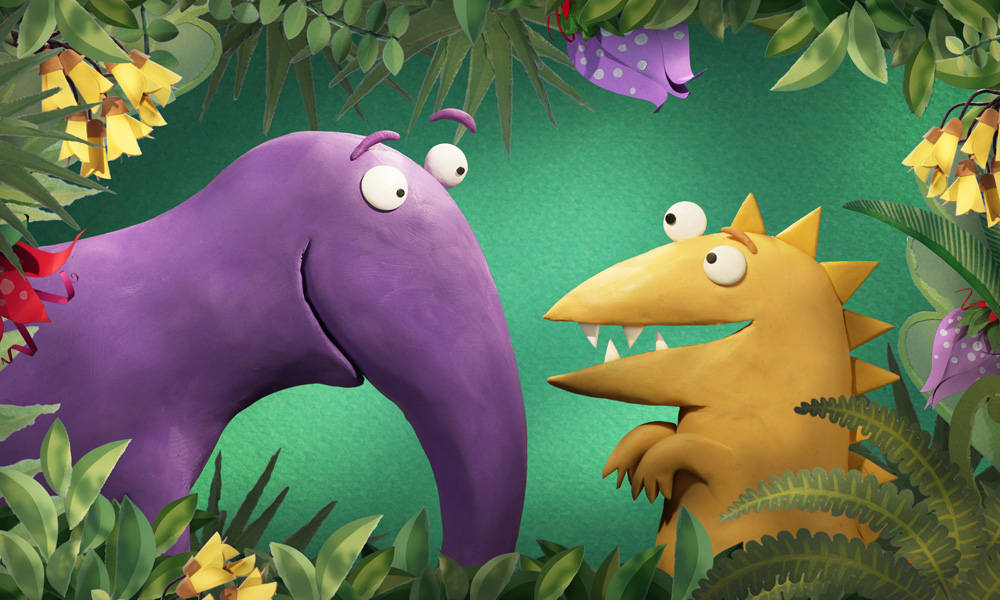 London-based CAKE will be launching an original, imaginative new stop-motion animated preschool series called Kiri and Lou at MIPCOM (Oct. 15-18). The paper- and clay-crafted project from animator Antony Elworthy (Coraline, Corpse Bride, Isle of Dogs) is voiced by Jemaine Clement (Flight of the Conchords, Moana) and Olivia Tennet (Lord of the Rings: The Two Towers); the show is written and directed by feature film helmer Harry Sinclair.

Ed Galton, CCO & Managing Director at CAKE, said: “Kiri and Lou is a show that doesn’t come around very often. Beautifully animated with heart-warming characters and stories told with humour and joy, this is one of the most stand-out series we’ve seen in a long time and we are very excited to be showing it to the rest of the world.”

Aimed at children aged 3-6, Kiri and Lou (52 x 5’) is a gently humorous series which centers on the seemingly unlikely friendship between Kiri, a feisty little dinosaur with overpowering emotions; and Lou, a gentle and thoughtful creature. Joined by a diverse group of characters — including motherly Pania, who offers advice; sensitive Dalvanius, who disappears completely when he feels shy; and Sorry, a small but extremely fast little animal who cares about everyone’s feelings — they navigate a forest of feelings together with laughter, song and adventure.

The series is produced by Fiona Copland for the new animation brand Stretchy, and Heather Walker of Yowza Animation (Curious George, Welcome to the Wayne). It is set to air on TVNZ in New Zealand and CBC in Canada next year, with Wow Dadi tackling Greater China. CAKE handles international sales.

“There’s been a fantastic creative bubble around the project and it’s become a kind of oasis for children and parents alike. It’s a funny but hopefully calming show! We’re thrilled with it,” said Copland.