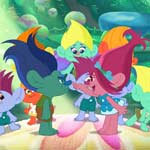 Fans who couldn’t get enough of the colorful adventures of Poppy, Branch and the other memorable characters of DreamWorks’ 2016 movie Trolls are in for a treat this season. The new Netflix series Trolls: The Beat Goes On follows the adventures of the peppy gang with the distinctive hairstyles as they face new challenges in their village. The series, which kicked off with six episodes on January 19, is exec produced by Matthew Beans, an animation veteran who is best known for his writing work on shows such as Dawn of the Croods and Robot Chicken.

“I started working on the show in March of 2015,” says Beans during a recent phone interview. “Having worked on Dawn of the Croods, I wanted to take a stab at exec producing a show. I loved working at DreamWorks, because we really focused on storytelling and pushing those stories to achieve the highest quality possible. I loved the fact that Trolls has a great sense of humor that likes a little bit of darkness and irreverence to it, just like the feature. I thought it was a great for me, because I’m also pretty optimistic and earnest and want things to be good for everyone, but I also have an undercurrent of sarcasm — a little left of the center take on uberpositivity!”

Beans says his Robot Chicken days taught him a lot about writing sketches and how to set up characters and situations quickly. “This show is also very briskly paced, so your audience knows the characters with a few lines of dialog and you deliver the jokes quickly.”

As a young boy, Beans says he grew up with late 1980s and 1990s shows such as G.I. Joe and Animaniacs, but he really discovered his voice when he stumbled upon The Simpsons. “I realized that I really wanted to write comedy because of that show. It really changed the game for me.”

Because the 2016 feature wasn’t completed when Beans and his team began the development process for the show, he got to see an animatic of the film early on to prepare him for the gig. “I really enjoyed the movie, and I thought the real highlight of the film is those opening 20 minute we spend in the Troll village … the constant partying, the aggressive happiness,” he recalls. “What we do is stay in that space consistently. Of course, we meet new characters and expand that world. When they have 10 parties in the village, someone has to make all those supplies. We also take a deep dive into the world of the background characters.”

As in the movie, music continues to play a big part of the Trolls universe. Each episode of the series features original songs by acclaimed songwriter and producer Alana Da Fonseca (the Pitch Perfect films, Alvin and the Chipmunks) as well as the voice talents of Amanda Leighton, Skylar Astin, Ron Funches, Gary Cole and David Koechner.

“I think there is a fun and exuberance to this show, but at the core of it, there’s heart,” says Maria Crenna, executive in charge on the series. “The values of the show are incredibly sweet, and they treat each other with kindness and respect — and also just really have fun together.”

The 2D-animated series is co-produced with DreamWorks’ partner studios in Korea, Emation and NE4U, which are 2D hand-drawn specialists. As the show is not a storyboard-driven series, the Glendale-based team is tasked with delivering an 11-minute script once a week. “We hand over the scripts to our six board artists and three directors, and they run with them,” says Beans. The turnaround time for each episode from start to finish is about 12 weeks.

So Many Trolls, So Little Time

One of the biggest challenge for Beans and his team is the sheer number of characters involved in each episode. “The premise of the show is about how Poppy has gone from Princess to Queen, so she has relationships with the entire nation of Trolls,” explains the exec producer. “Many of our scenes have huge crowds. We have eight distinct, vibrant characters in our ensemble, which we feature all the time. They are always singing and dancing, too. That’s why our little 11-minute show tends to be a massive project where lots of people have to rally around to make it work.”

Beans and the other writers have to really dig deep into the Troll experience to come up with subtle variations in this happy, shiny world. “When your characters are always positive, you can’t have conflicts about one Troll not liking another Troll. You look at the culture of people who party and dance all the time to get the details right. Things can go wrong even in the happiest village. We just have to be more consistent about the rules of this world.”

Now that the first six episodes of the series are available on Netflix, Beans says he hopes audiences will enjoy its great storytelling and eye-popping visuals. “I’m really proud of how fast the show moves,” he adds. “I like to tell a pretty robust story, and when you have 11 minutes, you have a lot of story beats crammed into a short amount of time. You have to be surgical in how quickly you get them communicated without cheating the genuine emotion. You don’t spend a lot of time crying, but you feel what the characters are feeling.

“The show also looks beautiful, especially for a 2D hand-drawn series. The world looks great and those backgrounds go on forever. Overall, I think we have done a good job keeping things immensely positive, without being saccharine. There are no easy lessons, and we’re definitely not preachy. But, it’s not cynical either!”

The first six episodes of DreamWorks’ Trolls: The Beat Goes On are available on Netflix. More episodes will be available later this year.

This article was written for the March ‘18 issue of Animation Magazine (No. 278), available soon. 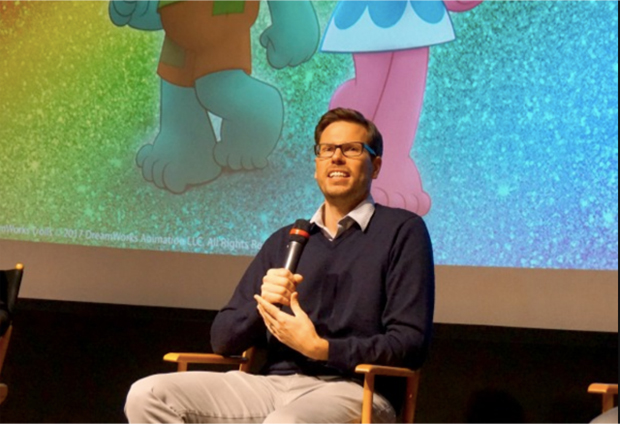 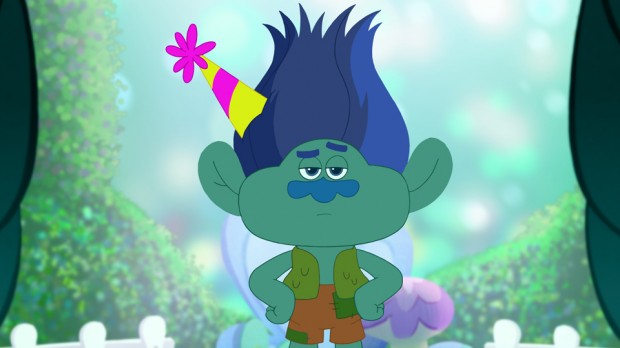 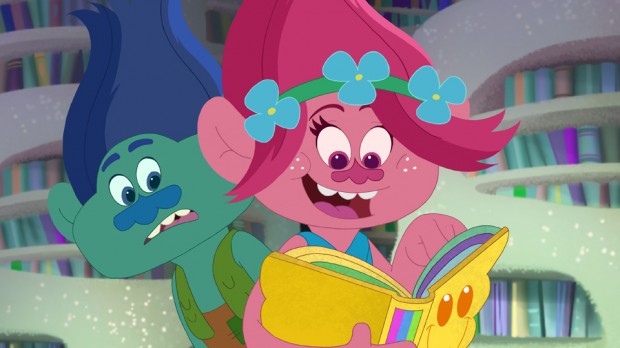 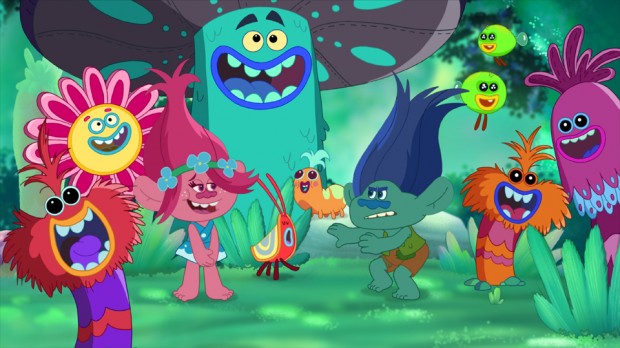 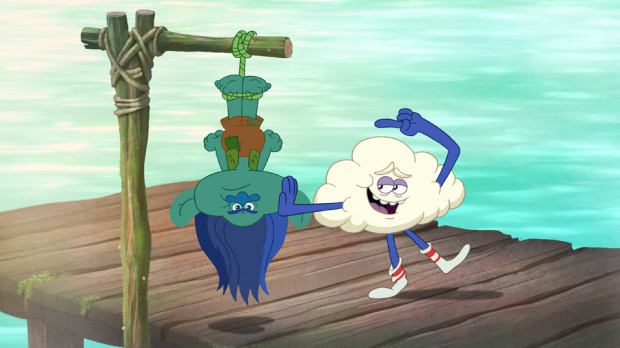