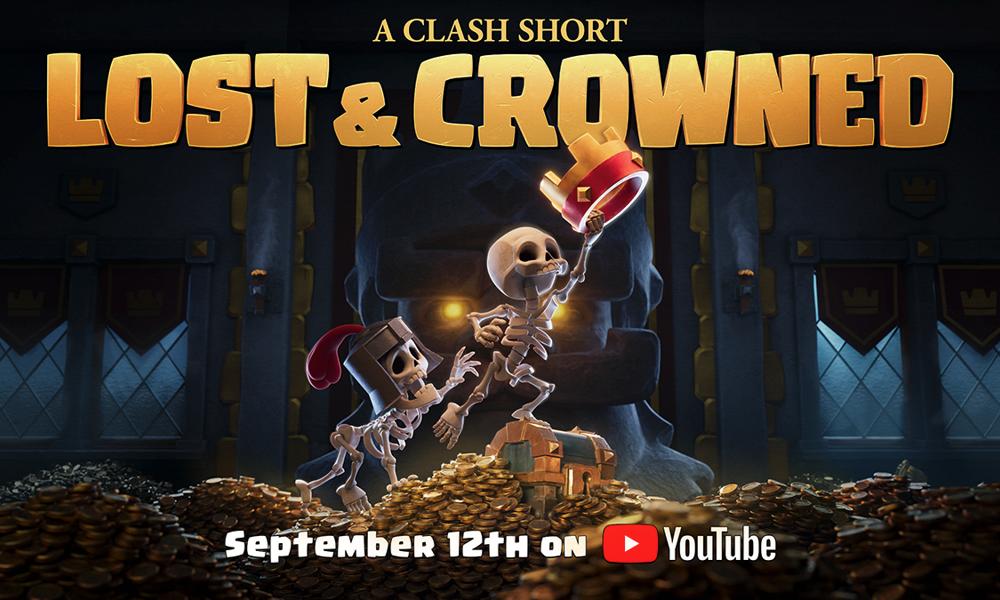 Fans of Supercell’s beloved brawling characters in the hit Clash of Clans and Clash Royale games can experience a new side of their world in Lost & Crowned — the franchise’s first official animated short. The action-packed caper premieres on YouTube Friday night / Saturday morning.

In Lost and Crowned, when a serious, hardworking Skeleton Guard named Peter and his relentlessly curious and mischievous younger brother Larry are tasked with guarding the Red King’s crown, delightful chaos ensues.

Developed in partnership with and directed by bicoastal U.S. studio Psyop (www.psyop.com), Lost & Crowned invites players deeper into the Clash world to see what its lovably dysfunctional cast of characters get up to when they’re off the battlefield. The story takes viewers from the villages of Clash of Clans to the kingdoms of Clash Royale, allowing fans to clearly see them as part of the same world for the first time.

To celebrate the big debut, the shorts’ producers have released several lush full-color renderings of this animated Clash adventure, as well as black-and-white beatboards which give a sneak peek at some of Lost & Crowned‘s chaotic action and the endearing personalities of the skeleton bros.

In the below beatboard sequence, li’l brother Larry has snagged the Red King’s crown and scored a suit of magic armor, and is on the hunt for more treasure. When Peter comes to check on him, our boney heros are surprised by an unwelcome third wheel and have to make an explosive escape!

The Clash games have been downloaded over 3 billion times, and their large and dedicated community has enjoyed seeing Clash characters brought to life in animation. Supercell’s longtime partner Psyop was the first to take Clash’s quirky misfits from pixels on phone screens to delightfully rendered 3D characters, ultimately creating dozens of animations over the last eight years.

With Lost & Crowned, Supercell and Psyop are finally delivering what fans have clamored for: a longer, richer story set in the core Clash world.

You may also like...
Related Topics:featured, Lost & Crowned
Geographic Region:Worldwide