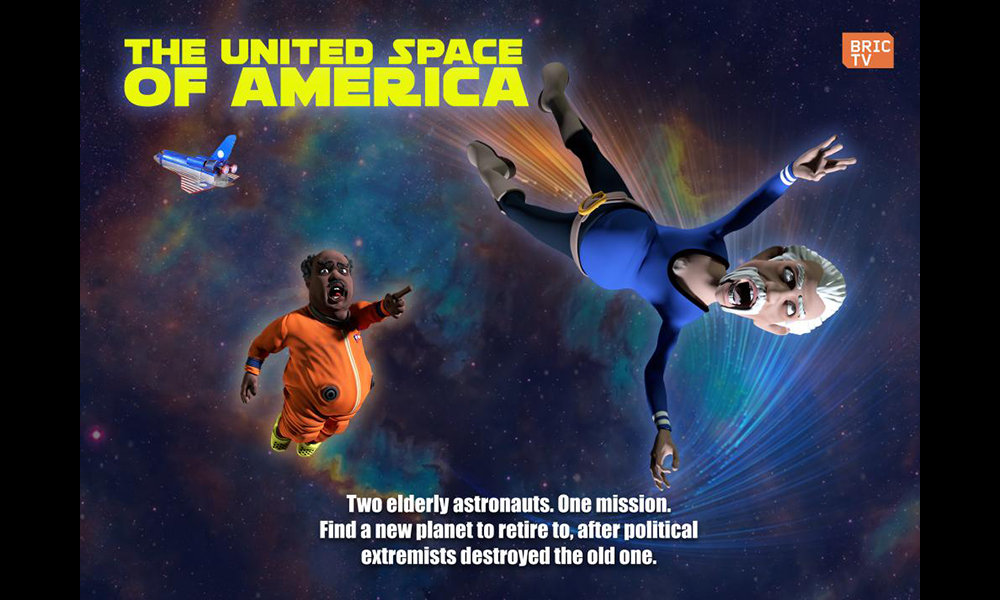 The United Space of America

The show follows Paco Del Pluto and Cornelius Cosmosis — two elderly astronauts from Brooklyn who have been adrift in space for over 30 years —  as they finally make contact with Earth. Horrified by the current state of American affairs, the duo refuses to go back to a world they no longer understand, and instead decide to explore the galaxy to find a more enlightened alien civilization to live with. As the two come into contact with various quirky intergalactic societies, they discover one painful truth: the same political and social problems plaguing America today are abundant throughout the cosmos.

“I created The United Space of America because I was frustrated and comically amused by the absurdities of today’s overly-zealous ‘patriots’ who inhabit both the extreme ends of the political sphere in America,” said Caballero. “By showcasing these buffoons as caricatured alien ambassadors, whose polarized ideologies at the planetary level are easily scrutinized and dismantled by a pair of crotechedy elderly astronauts of color, the show allows us all to laugh at ourselves, whether liberal or conservative. This quirky web series is my creative and comic response to the increasing divisiveness taking hold in this land that I love, from sea to shining sea, with liberty and political satire for all.”

Kuye Youngblood, General Manager at BRIC TV, added, “We are thrilled to bring this brilliant vision from William Caballero and the art of animation to BRIC TV with this timely and darkly witty production. BRIC TV is committed to telling stories that speak to the conditions of our world and supporting independent filmmakers through innovative storytelling that both captivate the viewer and cause them to contemplate. We hope you’ll join us on this intergalactic mission!” 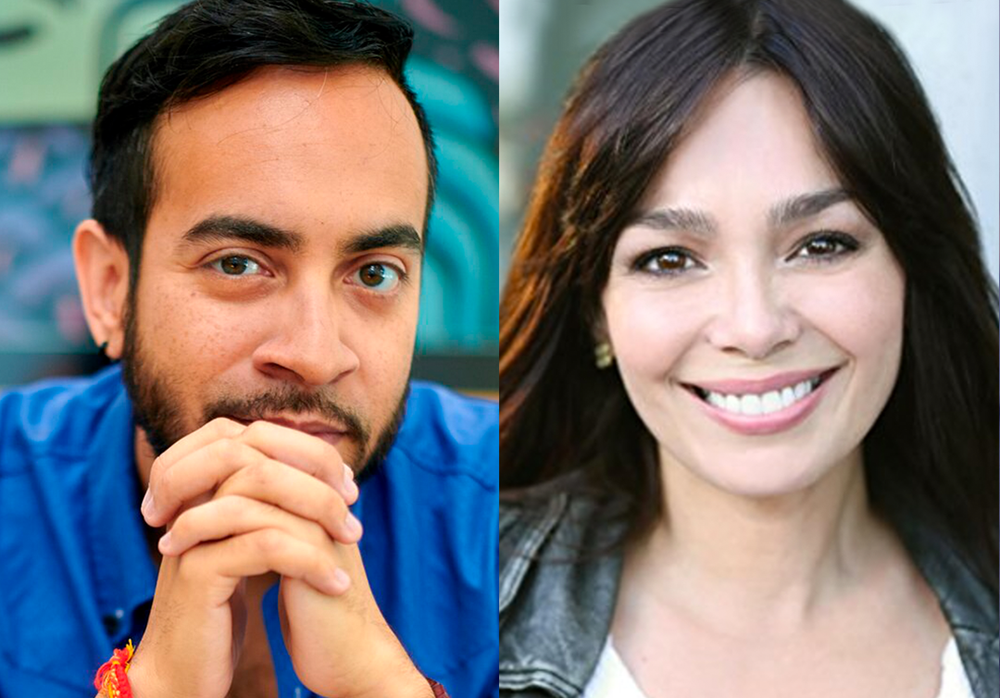 William D. Caballero is a multimedia filmmaker, 2021 Creative Capital Award Recipient, and 2018 Guggenheim Fellow. His animated films, which feature 3D printed and composite figures, have screened at the Sundance Film Festival, the Museum of Modern Art, and have premiered on major networks such as HBO, PBS and Univision.

Elaine Del Valle garnered critical acclaim as actress and playwright of her one-woman show, Brownsville Bred, which depicted her true New York-Puerto Rican coming-of-age story in Brownsville, Brooklyn. Having studied acting at Carnegie Hall under the tutelage of legendary acting teacher Wynn Handman, Del Valle’s passion to advance Latino portrayals in film, TV and stage led to her work behind the scenes. Elaine’s most recent acting role is as a recurring guest star in the new ABC series Queens.

BRIC TV is based in Brooklyn, NY and both Caballero and Del Valle, hail from the borough — Coney Island and Brownsville respectively.

You can watch The United Space of America on BRIC TV’s YouTube channel here.