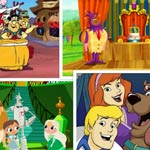 Launched April 2017 with a library of over 5,000 animation titles up its sleeves — including the Hanna-Barbera, MGM and Looney Tunes franchises (alongside original series) — Boomerang now offers users access to more than 2,000 titles for streaming and download-to-go. Through 2018 and beyond, content will continue to increase at a strong rate. 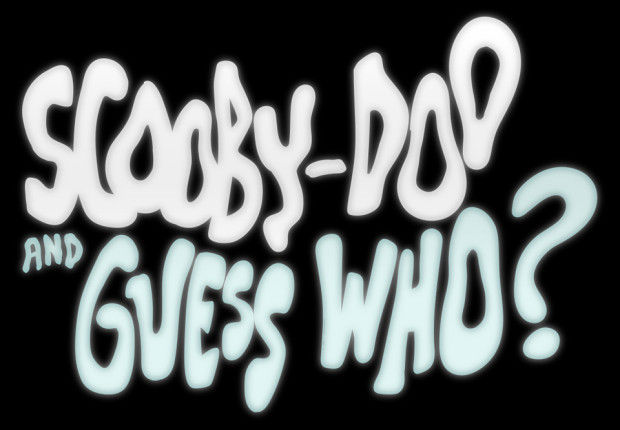 Scooby-Doo and Guess Who?

Scooby-Doo and Guess Who?: The all-new series from Warner Bros. Animation follows the grand tradition of Scooby-Doo team-ups and takes the idea to hilarious new heights. Faced with some of their toughest mysteries yet, Fred, Daphne, Velma, Shaggy and Scooby-Doo will join forces with some of the biggest names in celebrity and pop culture including NBA superstar Chris Paul, recording artists Halsey and Sia, Ricky Gervais, Kenan Thompson, Bill Nye, Neil deGrasse Tyson, Mark Hamill, Steve Urkel (voiced by Jaleel White reprising his iconic role), Batman, Sherlock Holmes, The Flash, Wonder Woman and many more! 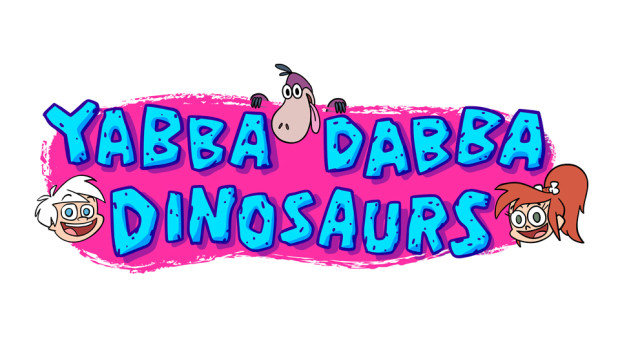 Yabba-Dabba Dinosaurs!:  This quarter-hour comedy from Warner Bros. Animation takes you beyond Bedrock to The Crags, a vast land that is as dangerous and wild as the dinosaurs that inhabit it. Pebbles Flintstone and Bamm-Bamm Rubble are two best friends, growing up in the prehistoric time when dinosaurs and giant beasts still walked the earth. But they live in peaceful, quiet ol’ Bedrock — and whenever they get the chance, Pebbles, Bamm-Bamm and Dino head to the open wilderness, helping new friends, fighting new enemies and learning about life through their endless crazy adventures. Back in Bedrock, Fred, Wilma, Barney and Betty still enjoy all the familiar quirks and trappings of life as a modern Stone Age family not knowing all the trouble (and fun!) their kids are getting themselves into. 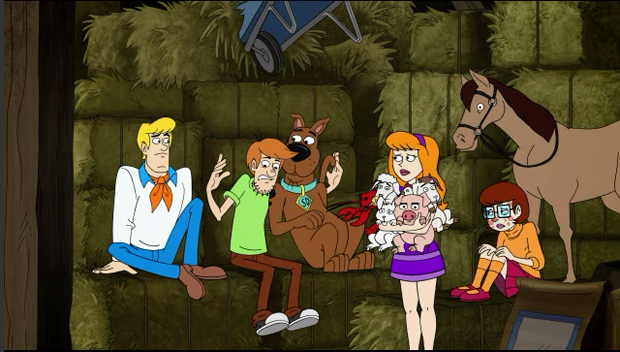 Be Cool Scooby-Doo! (New season 2 episodes premiere through 2018.) With high school over and one last summer to live it up, Shaggy, Scooby-Doo, Velma, Daphne and Fred decide to travel during what could be their last summer break together. The gang hits the road in the Mystery Machine, chasing fun and adventure. However, danger and trouble are never too far behind as Scooby and the gang encounter new mysteries that may end up spoiling their fun. 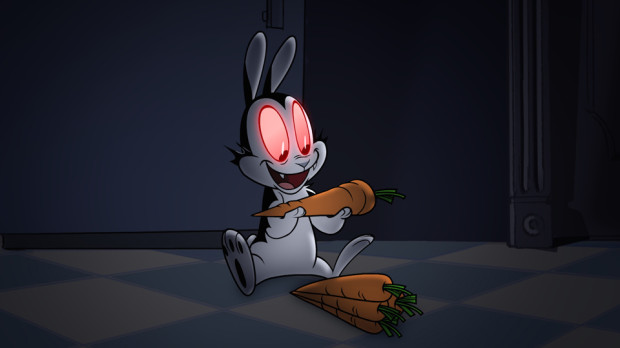 Bunnicula (Season 2 premieres continue through 2018; newly greenlit season 3 coming 2019.) The Monroe family homestead and its two resident pets, droll dog Harold and hyperactive feline Chester, are thrown into a tizzy by the arrival of a new creature, Bunnicula – a vampire rabbit with a taste for carrot juice – that drags them into a variety of paranormal adventures. 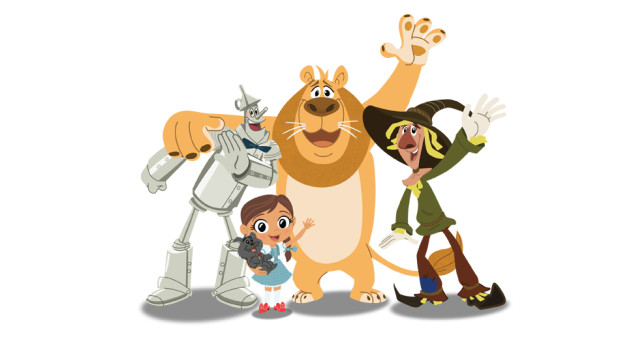 Dorothy and the Wizard of Oz

Dorothy and the Wizard of Oz (Season 2 kicks off with a Memorial Day movie special. Premiere episodes will continue into 2019.) After the Wicked Witch of the West’s defeat, Queen Ozma has appointed Dorothy the Princess of Emerald City. With her feet firmly grounded in her ruby slippers, Dorothy tackles her royal duties with enthusiasm, bravery and farm girl feistiness. And whether it’s magic, munchkins, flying monkeys or her arch-nemesis Wilhelmina, the wicked witch in training and niece of the Wicked Witch of the West, Dorothy is ready to track down and put a stop to any problem that comes Oz’s way. 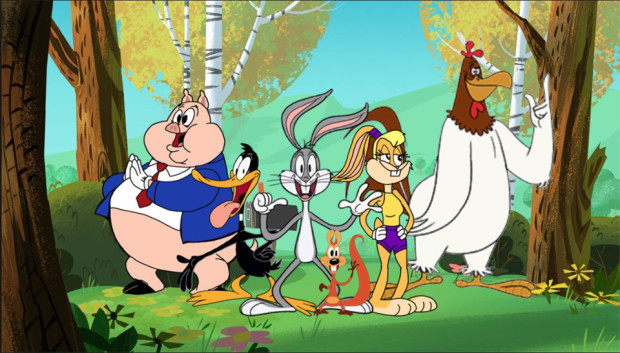 New Looney Tunes (New season 2 episodes continue to be added through 2019.) The hilarious, heroic and mischievous Bugs Bunny you love is back! Follow Bugs as he stars in a new series consisting of slapstick comedic shorts that find the iconic, carrot-loving rabbit matching his wits against classic characters, such as Theodore “Tasmanian” Devil, Wile E. Coyote and Yosemite Sam.

The Tom and Jerry Show (Season 2 premiere episodes continue through 2018, S3 has been greenlit for 2019.) The iconic cat and mouse rivals are back and up to their old antics in a new setting that puts a fresh spin on the classic series. Follow Tom and Jerry as they explore fantastic new places, including a witch’s cabin and a mad scientist’s lab, in The Tom and Jerry Show. Preserving the look, characters and sensibility of the original, this series shines a brightly colored, high-definition lens on the madcap slapstick and never-ending battle that has made Tom and Jerry two of the most beloved characters of all time. 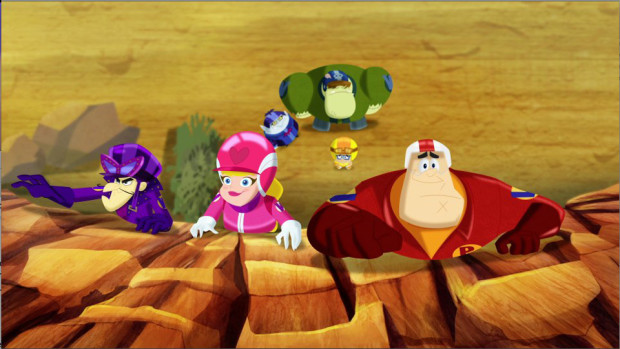 Wacky Races (Season 2 of the new, reimagined series will premiere later in 2018.) When the engines start, the laughter roars in this animated comedy series featuring the return of your favorite racers and, of course, their wacky cars! Penelope Pitstop in the Compact Pussycat is the sassy Southern bell whose charm and intelligence make her a formidable racer but most of the time she’s taking a detour to save the other racers. Penelope’s best friend, Peter Perfect in the Turbo Terrific, has a big heart and an even bigger ego, which fuels his super positive can-do attitude. Meanwhile, in the Mean Machine, Dick Dastardly and his accomplice, Muttley, stop at nothing to win the race by any means necessary. And if it’s bizarre, creepy, slimy or just plain weird, The Gruesome Twosome, Tiny and Bella, are either related to it or keep it in their monster truck, the Doombuggy.

Wind in the Willows: Based on the classic novel, this new, original animated series from UK distributor HoHo Rights will be available exclusively in the U.S. on Boomerang in 2019. Part of Britain’s great literary heritage, Wind in the Willows was first published in 1908 and the riverside adventures of Mole, Rat and Toad have been enchanting children ever since. Harking back to a gentler era of altruism, good manners, community and citizenship, the values in The Wind in the Willows continue to endure.

+      Profiles & Personalization: Giving families and individual fans the ability to personalize their Boomerang experience through avatar creation and show discovery.

+      User Created Playlists and Interactivity: Users will have the ability to create and share playlists featuring their personal cartoon favorites along with other features under development aimed at elevating interaction with Boomerang’s beloved characters.

+      Universal Search: Available on Thursday May 24 th across Roku, Amazon and Apple, Universal Search will easily allow animation fans to find Boomerang content when searching their favorite animated series and characters. Universal Search on Google will be available later in the Summer.

+      New Platforms: Boomerang will be available via Android TV starting Memorial Day Weekend, with additional platforms to come by the end of the year.