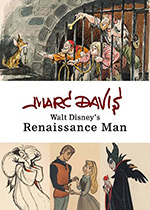 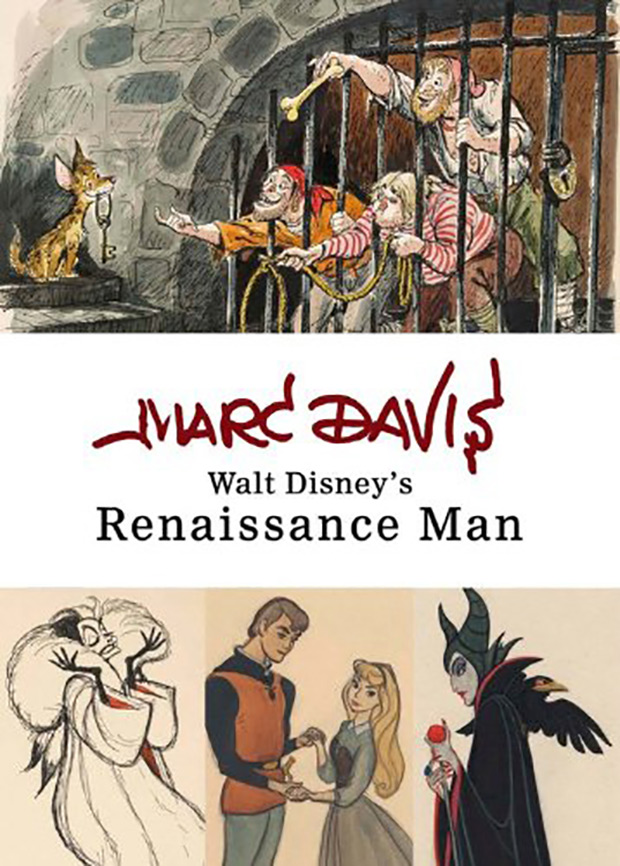 This unique retrospective on the legendary Marc Davis (1913-2000) is the perfect blend of reminiscence on the man and celebration of his artistry. One of the most celebrated Disney Studios artists, Davis brought iconic design and incredible personality to many of the studio’s memorable characters — including heroines Cinderella, Alice and Tinker Bell and the villainesses Maleficent and Cruella De Vil.

In addition to a visual feast of Davis’ animation art, personal sketches and paintings, readers get to know the man from photographs of him at work and at ease. The collection is livened up by charming essays on the artist from those who knew him, including Andreas Deja, Pete Docter, Don Hahn, Glen Keane and historian Charles Solomon. A brief biography by award-winning animator John Canemaker and chock-full-of-wisdom chapter on the artform assembled from Davis’ own notes help make this a fully rounded volume ideal for both professionals and admirers of the biz. 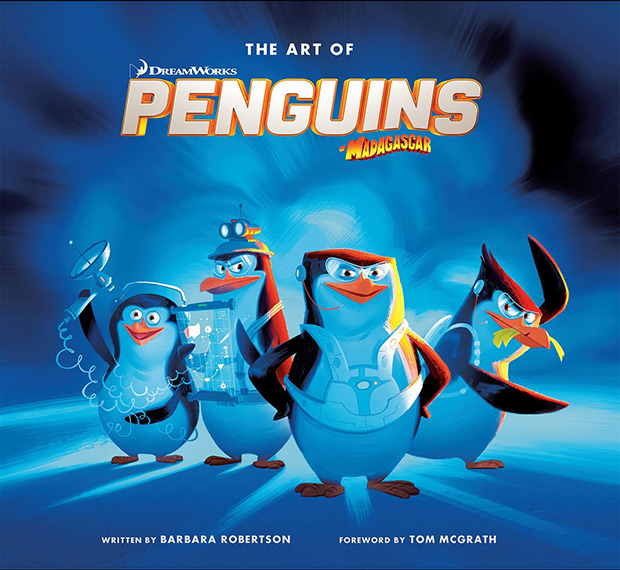 The Art of Penguins of Madagascar

The Art of Penguins of Madagascar
By Barbara Robertson
[Insight Editions, $45]

DreamWorks’ show-stealing avian superspies have finally bowed in their very own theatrical feature, sending Skipper, Private, Rico and Kowalski on a hilarious quest to defeat a scheming octopus. But, a lot of hard work lies behind that big-screen silliness, and now fans can delve deep into Operation Penguins with this colorful volume.

Guided by vetted CG journalist Robertson, paging through this lovely hardcover takes you through the process from the development of concept art, character backstories and artistic inspirations through exclusive interviews with key members of the animation team. Appropriately, franchise veteran Tom McGrath provides the foreword. You may recognize him from his directing credits on Megamind and all three Madagascar flicks and as the voice of take-charge top bird Skipper. Smile and wave, boys. Smile and wave… 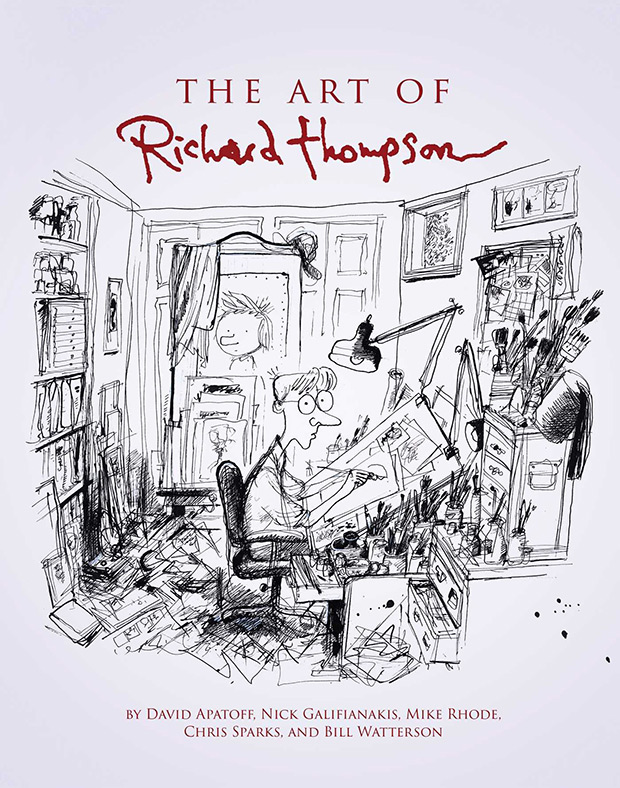 The Art of Richard Thompson

Any fan of the comic strip medium could easily stop reading this review after realizing there is a book out there about Richard Thompson (Cul de Sac, Richard’s Poor Almanac) co-authored by Calvin and Hobbes creator Bill Watterson. But, just in case, we’ll add that this comprehensive collection takes readers along Thompson’s artistic rise with beautiful example pieces ranging from his work for his college newspaper to The New Yorker to caricatures and, finally, to his deservedly acclaimed strips.

A true cartoonist’s cartoonist, Thompson’s career — tragically cut short by the onset of Parkinson’s Disease — is warmly celebrated by the authors and contributors through witty, insightful interviews and biographical tidbits from Thompson and his contemporaries peppered throughout. This is a dynamic and well presented retrospective on a living legend. We can also recommend Team Cul de Sac: Cartoonists Draw the Line at Parkinson’s edited by co-author Chris Sparks (2012, $29.99 SRP) and last year’s The Complete Cul de Sac slipcase collection ($75 SRP), both also from Andrews McMeel. 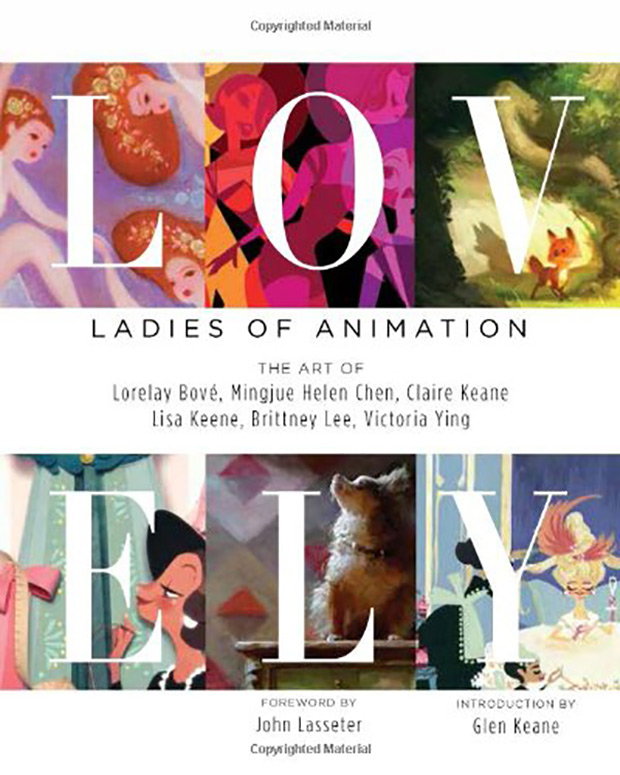 Any attempt to fully describe the range of beautiful works on display from six of Disney’s greatest modern era artists, who just happen to be ladies, would fall tragically short in this brief review. The closest you can come is, in a word, “stunning.” With 20 pages dedicated to each artist (many full page or full spread), this is more a showcase of finished (non-Disney-related) work than a look at process, but the diversity of techniques and aesthetics displayed truly showcases each “lady’s” unique vision.

Featured are visual development artists Lorelay Bove, Mingjue Helen Chen, Claire Keane, Lisa Keene, Brittney Lee and Victoria Ying — most of whom worked on recent hits like Frozen and Wreck-It Ralph. Their styles offer samplings of cut-out paper art, cubism, traditional painting and bold graphic novel-style illustration within this big ol’ box of eye candy. Readers get more information from small artist statements on each piece, and the book also includes their web information so you can learn more about your newfound favorites.