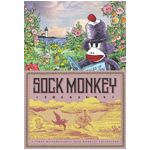 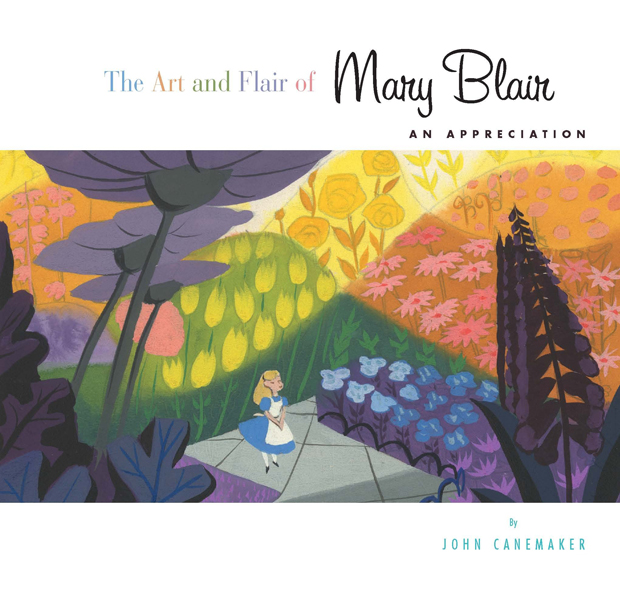 The Art and Flair of Mary Blair: An Appreciation (Updated Edition)

The Art and Flair of Mary Blair: An Appreciation (Updated Edition)
By John Canemaker and Mary Blair
[Disney Editions, $45, available May]
You’ll find few animators and artists who are not in awe of the talented Disney artist and illustrator, who was behind the look of Cinderella, Peter Pan and Alice in Wonderland, as well as the “It’s a Small World” attraction for the 1964 World Fair and several classic children’s Golden Books. This spring, die-hard Mary Blair fans will make the trek to San Francisco’s Walt Disney Family Museum for a top-notch exhibit of her work, curated by this book’s author and Oscar-winning animator and teacher John Canemaker. This biography traces her work from her early watercolors, through her advertising and card designs and her work for the studio, and includes painstakingly reproduced art from her career. Of course, seeing the artwork at the exhibit is hugely recommended, but buying the new reissue of the book is the next best thing to being there! 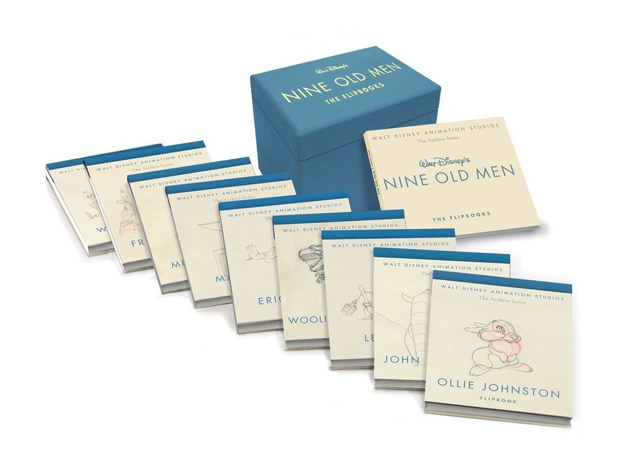 Disney’s The Archive Series – Walt Disney’s Nine Old Men: The Flipbooks
By Pete Docter
[Disney Editions, $60]
This fantastic collector’s dream was released last year, but nobody sent us a copy to review here at the magazine, so I finally found it at the local book store and bought one for myself. Seriously, how can you say no to this superb box, which includes seven small-format (6.3″ x 6.8″) hardcovers devoted to drawings by Walt Disney’s original animators—Les Clark, Eric Larson, Frank Thomas, John Lounsbery, Ward Kimball, Ollie Johnston, Mark Davis, Wolfgang Reitherman and Milt Kahl. Each book brings to life an animated sequence from our favorite pics, (Alice in Wonderland, Dumbo, Fantasia, Peter Pan, Bambi, Lady and the Tramp, 101 Dalmatians and Pinocchio) and includes a brief introduction about one of the Nine Old Men, penned by contemporary artists such as Glen Keane, Andreas Deja and Ron Clements. This is the one we’d pick for the really, really special person with whom you want to spend Valentine’s Day! 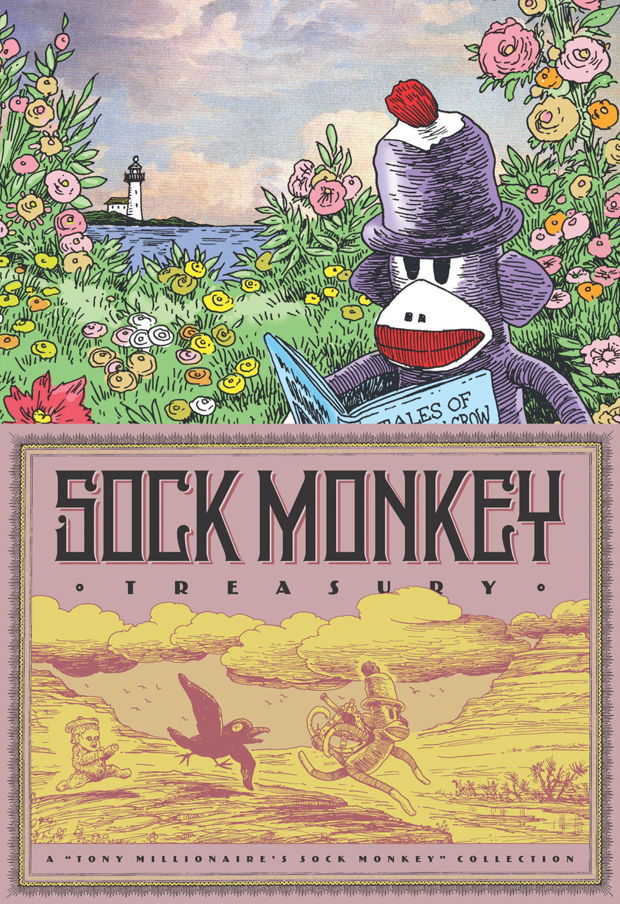 Sock Monkey Treasury
By Tony Millionaire
[Fantagraphics, $39.99]
Latenight animation followers may know Tony Millionaire (born Scott Richardson) as the man behind the short-lived Adult Swim series The Drinky Crow Show, but comics aficionado have been swooning over this clever Maakies and Sock Monkey comics and picture books. This month, Fantagraphics has put out an awesome hardcover collection, which includes all 12 issues of the Eisner Award-winning comic book, which was originally published by Dark Horse Comics from 1998 to 2007, as well as the graphic novella Uncle Gabby (2004) and the illustrated storybook The Glass Doorknob (2002). We’re sure you’re going to trip over the original Uncle Gabby and Mr. Crow’s adventures, which include finding a home for a shrunken head, playing matchmakers between a mouse and a bat, hunting salamanders and yes, even trying to get to heaven! As a bonus, Fantagraphics has also thrown in the full-length Sock Monkey graphic novel The Inches Incident, in which an adorable plaything starts acting like a Chuckie doll! Aaah, sublime madness, indeed. 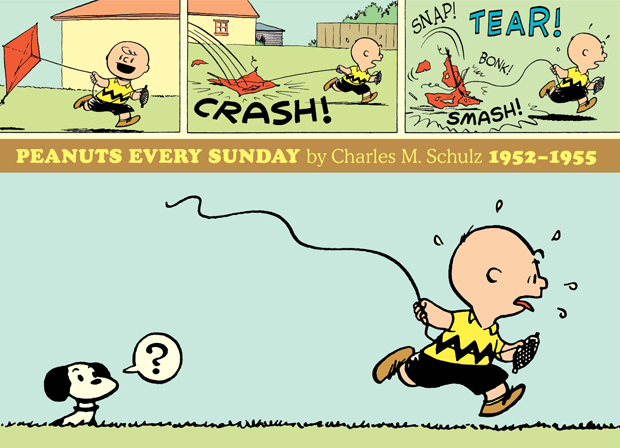 Peanuts Every Sunday
By Charles M. Schulz
[Fantagraphics, $50]
We know Christmas was a couple of months ago, but the helpful elves at Fantagraphics never stop doing superior work. They recently began a massive project, a 10-volume series featuring color reproductions of the Sunday editions of Charles M. Schulz’s Peanuts. The first volume in this venture serves up a fantastic collection of the strip from 1952 through 1955, recoloring them to match the original hues and to avoid sharp syndication colors. You’ll find very young versions of the gang and Snoopy in this edition, and it’s quite fun to trace the origins of the more sophisticated characters we’re more familiar with from later years and the animated specials. There are some curmudgeons online who are complaining about the book’s unconventional size (13.2″ x 9.3″), because it doesn’t fit nicely with the rest of the art books on their shelves. But come on, the whole reason to have this volume is to relive the joy of reading the Sunday morning funnies—and that’s why the larger format is absolutely vital to the experience. Keep ’em coming, folks!