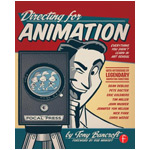 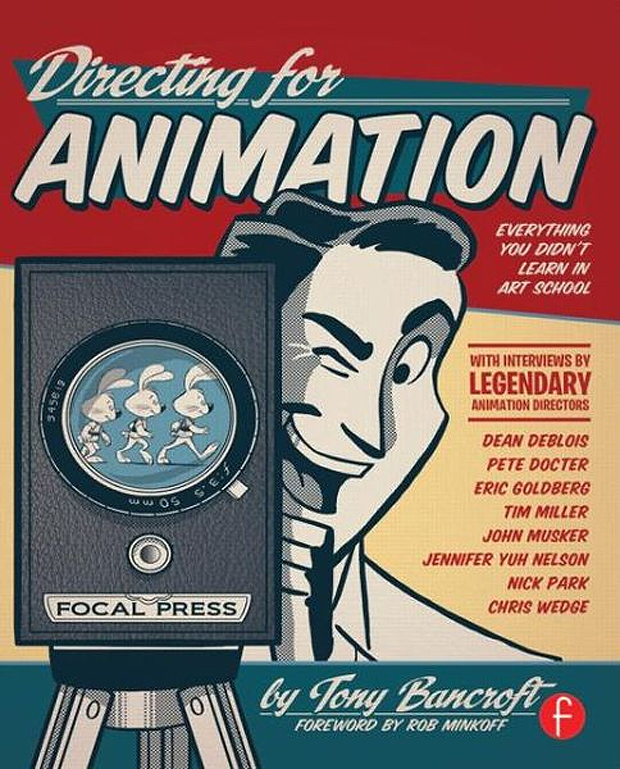 Directing for Animation: Everything You Didn’t Learn in Art School

Directing for Animation: Everything You Didn’t Learn in Art School
By Tony Bancroft
[Focal Press, $34.95]

Imagine taking a one-on-one class with one of the best-liked and most talented contemporary animation directors. Well, that is what you get when you pick up Tony Bancroft’s fun and informative new book about the art and craft of directing animation. Bancroft, whose numerous credits include Mulan, The Lion King, The Emperor’s New Groove and Stuart Little 2, serves up all kinds of important advice about how to make animated characters real and focusing on key ingredients such as plot, place and purpose. He begins by discussing the nuts and bolts of the job, and moves on to more abstract topics such as “how to mediate all the chefs in the kitchen” or “how to infuse your own ideals, sense of humor and personality into the project” and, of course, wise tips on staying current on the latest technologies and being willing to take work, even it’s not exactly what you had in mind!

In addition, Bancroft has interviewed some of the top animation helmers of the past 20 years, which makes this book an even more enjoyable read. We’re talking folks like Dean DeBlois, Pete Docter, Eric Goldberg, John Musker, Jennifer Yu Nelson, Nick Park and Chris Wedge. After all, if you’re not going to listen to the gifted artists who who gave us The Little Mermaid, Up, How to Train Your Dragon, Kung Fu Panda, Wallace & Gromit and Ice Age, who are you going to listen to? 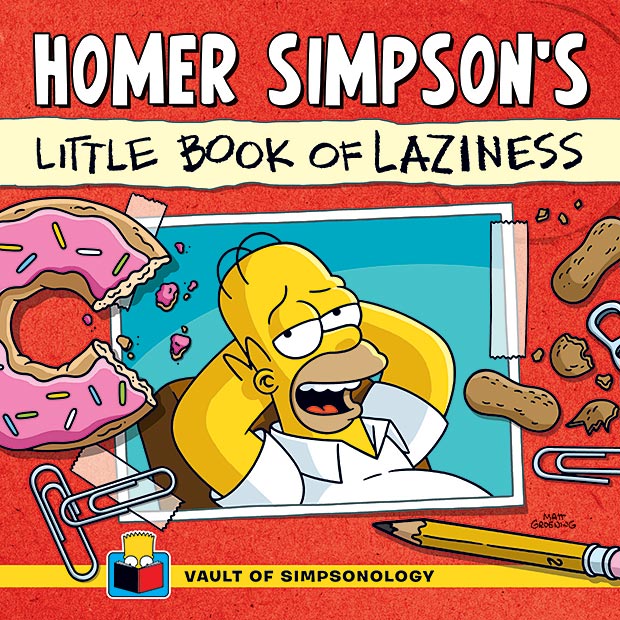 Looking for a good excuse to avoid work? May we wholeheartedly recommend this charming little book, which will provide you with lots of chuckles and sighs of admiration and recognition? Yes, in this meticulously produced volume, which is part of the ongoing Vault of Simpsonology series, writer Bill Morrison has come up with all kinds of fun ways to zero in on Homer’s laziness. For example, we get to explore The Idler’s Handbook (“Slogan: Take a Good Nap Daily, motto: Be Undeclared!”) or get an eyeful of Homer’s anti-motivational posters (“Personal Hygiene: If you can sniff and not gag, the shirt’s good for another day)”. There are lots of cool post-its, posters, removable envelopes, stickers, books within the book and even a fun illustrated comparison between the 1950s (back in grandpa’s days) vs. today (Homer’s world!). You also get collectible cards of portable excuses to take with you (#3. I’ve been diagnosed with halitosis. #9. I believe it takes a village to do that!) A huge tip of the hat to layout and designer Serban Cristescu who has come up with clever ways to make the book experience interactive with all kinds of goofing-off goodies.

Putting the Punch in Your Punch-Up
Rising Stars of Animation