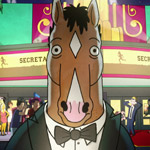 Streaming service Netflix has announced that its award-winning original animated series BoJack Horseman will return with a fourth season this fall, launching on Friday, September 8. The debut date was first revealed on the show’s official Twitter account with a tantalizing teaser pic.

The image harkens back to the end of season three, which saw BoJack take to the open road to reflect on where his life is going, and come to a stop in the desert to watch herd of running horses… err, horsemen, rather. It’ll be interesting to see what happens next to the immature, depressed and perpetually substance-abusing former sitcom star .. will BoJack turn his back on “Hollywoo” forever? Will he find true meaning in life and peace in spirit? … Probably not, but let’s pretend it’s possible.

BoJack Horseman is created by Raphael Bob-Waksberg, and produced by The Tornante Company for Netflix. The voice cast is lead by Will Arnett as BoJack Horseman, with Aaron Paul as Todd, Amy Sedaris as Princess Caroline, Alison Brie as Diane, Paul F. Tompkins as Mr. Peanutbutter and Kristen Schaal as Sarah Lynn. The animation is produced by ShadowMachine. 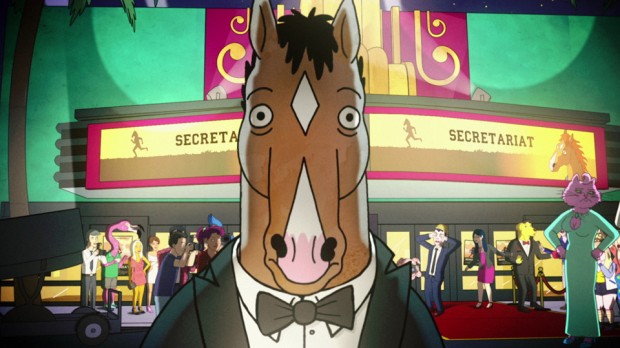