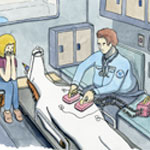 Vancouver-based Binge Bros. Productions has optioned the darkly humorous, irreverent cartoon collections Unicorn Being a Jerk and Why Unicorn Drinks by author-illustrator C.W. Moss. Studio partners Scott Winlaw and Craig George, who boast 30 years’ experience in TV and film between them, were drawn to the comic titles for Binge Bros. first production project.

“At Binge Bros., our main focus is producing comedy directed at adults, and C.W.’s books not only offered the mass appeal we were looking for in a property, but ideally provided us with the kind of offbeat and twisted humor our company wants to produce,” said Winlaw.

The studio is currently developing a streaming series comprised of animated shorts inspired by individual panels in Moss’ second book, Why Unicorn Drinks. Exposing the sad reality of Unicorn’s life as a mythical creature and what drives the beast to the bottle, the 2- to 5-minute format will give broadcasters the option to package the series as individual shorts or assemble them into more traditional episode length.

“We made the decision to create shorts from the start. It allowed us to be creative with the series, so we won’t be confined by a traditional format. As well, in a multi-platform world, it allows broadcasters to be creative with how they package it,” George added. “In other words, Mr. Unicorn is no one-trick pony.”

Moss, who will be collaborating on the project as an executive producer, added: “Unicorn always felt a little too monogamous for me. Scott and Craig, from the get-go, seemed like the perfect people to have a public four-way. Their own ideas and thoughts on what Unicorn is and can be felt akin to my own. As this thing develops, I’m excited to learn how depraved Scott and Craig can become. Moving Unicorn from books to motion feels right, and I think the world is ready for his magic.”

Winlaw is an editor and director with over 20 years experience working on a diverse range of projects, from feature films to documentary television. He began his animation career as lead editor on Escape from Planet Earth (2009) and is currently lead editor on Bron Animation’s The Willoughbys.

George has a background in writing and illustration, and entered the animation industry in the early 2000s as a storyboard artist. He readily moved into directing, and worked on numerous projects for Nickelodeon, Hasbro, DreamWorks Animation and others. He is currently directing the animated series Spy Kids: Mission Critical for Netflix.

The Unicorn books are published by HarperCollins/It Books; Moss is also the author of Butt-Buddies: A Fairy Tale (Stolen Books, 2016) and stays quite busy as an artist and lecturer, recently spending March and April 2016 as Designer in Residence at Facebook’s Analog Research Lab.

Learn more about the studio at bingebosprod.com and about C.W. Moss at greyrainbow.com. 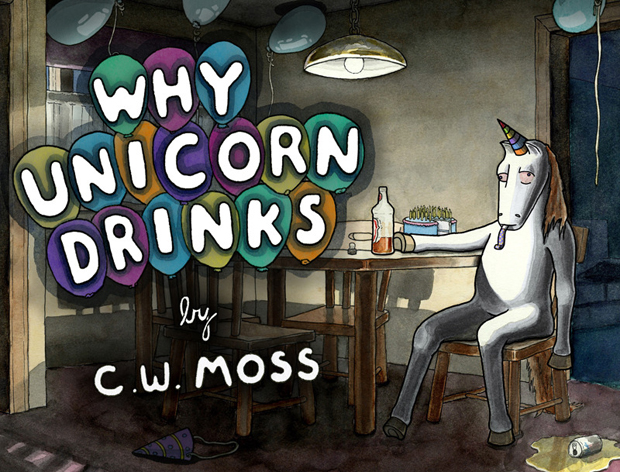 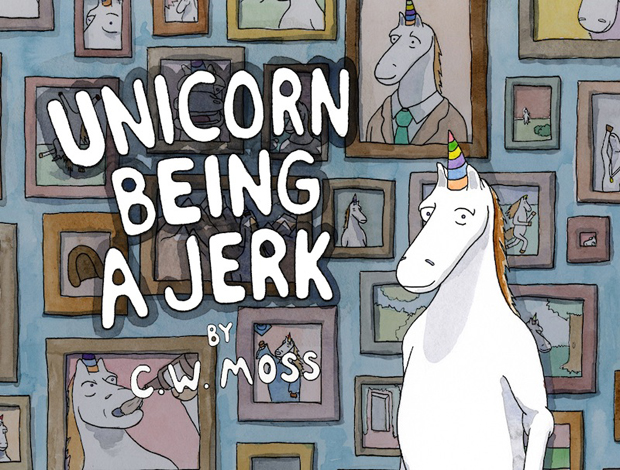 Unicorn Being a Jerk 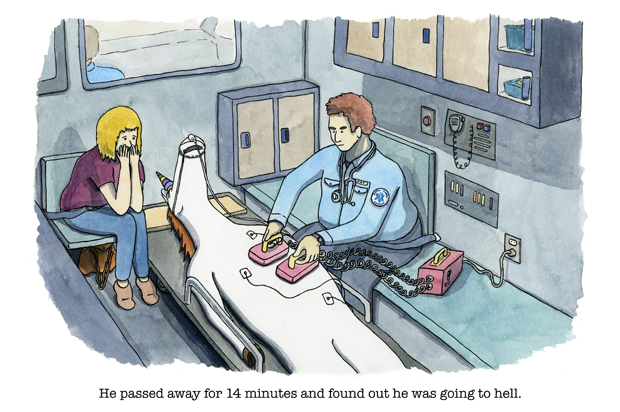