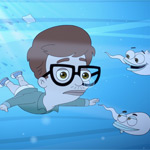 In the premiere episode of the new Netflix original animated series Big Mouth, from Titmouse animation studio, pubescent boys Nick and Andrew find themselves simultaneously embarrassed and fascinated by their changing bodies and the hormone monster that threatens to remake their entire lives. If this makes you think of your own journey through the seventh grade, there’s good reason for that. The scene comes by its authenticity because it’s based on the childhoods of real best friends Andrew Goldberg (Family Guy) and Nick Kroll (The Kroll Show) and their experiences as they went through puberty at completely different rates.

“Andrew is pretty much the same height as he was in the seventh grade, and I’m a foot taller,” says Kroll. “For me, it didn’t really start until high school, and by then I’d felt frustrated about not changing much for a long time.”

The 10-part series, which debuted on September 29,  was created by Kroll, Goldberg, Mark Levin and Jennifer Flackett (who created the romantic comedy Little Manhattan). All of the collaborators added bits and pieces of their own personal experiences to the series.

Naturally, topics like hormonal changes, female sexuality and sexual arousal became part of the discussion in the writer’s room. Many told stories from their own lives that became incorporated into the show, or the central idea for an episode of the first season. Kroll and Goldberg both focused on making the show funny as well as honest and real— despite the possibly excruciating memories they and the other writers might have to recall while creating the work.

Kroll says he immediately knew he wanted to voice the Hormone Monster with a scratchy, growling tone since it would pop up (no pun intended) at the most inopportune times to taunt and tempt the male characters on the show. As in life, the boys aren’t the only ones trying to ride out the biological storms that start in junior high school. Maya Rudolph gives a saucy, naughty voice to the Hormone Monstress as she brings Jessi through female puberty.

“Nick basically cast this show from his cell phone,” says Goldberg. “He went through and reached out to all these people and asked if they were interested, and luckily they were—I think because this is something we’ve all gone through and, in many ways, we’re all still dealing with the experiences that happened to us around that time.”

All 10 episodes of Big Mouth are available now on Netflix. 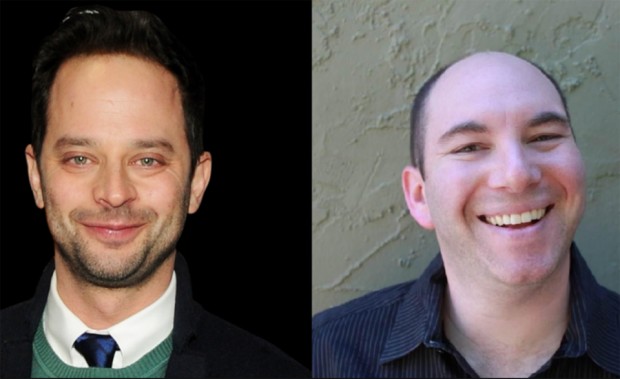 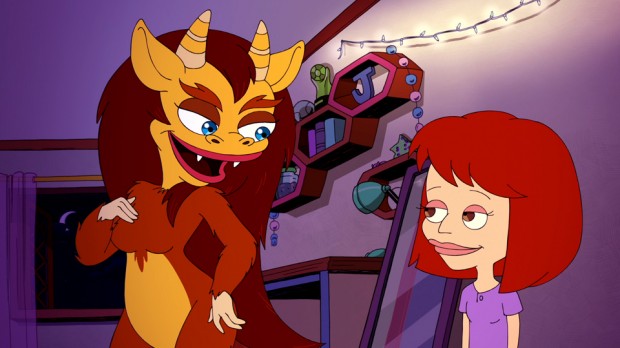 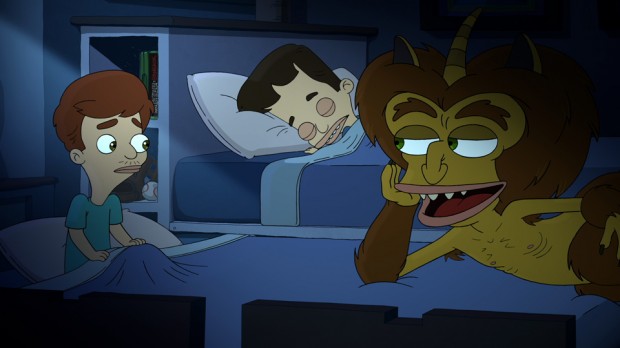 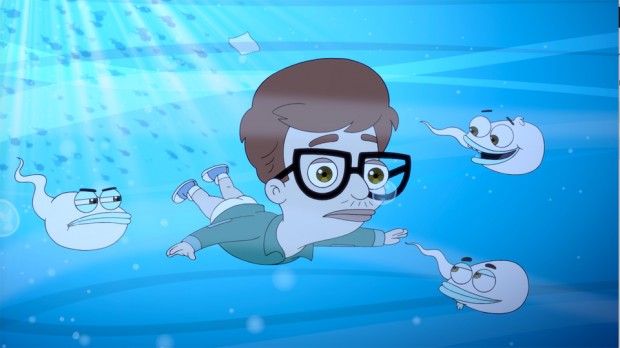