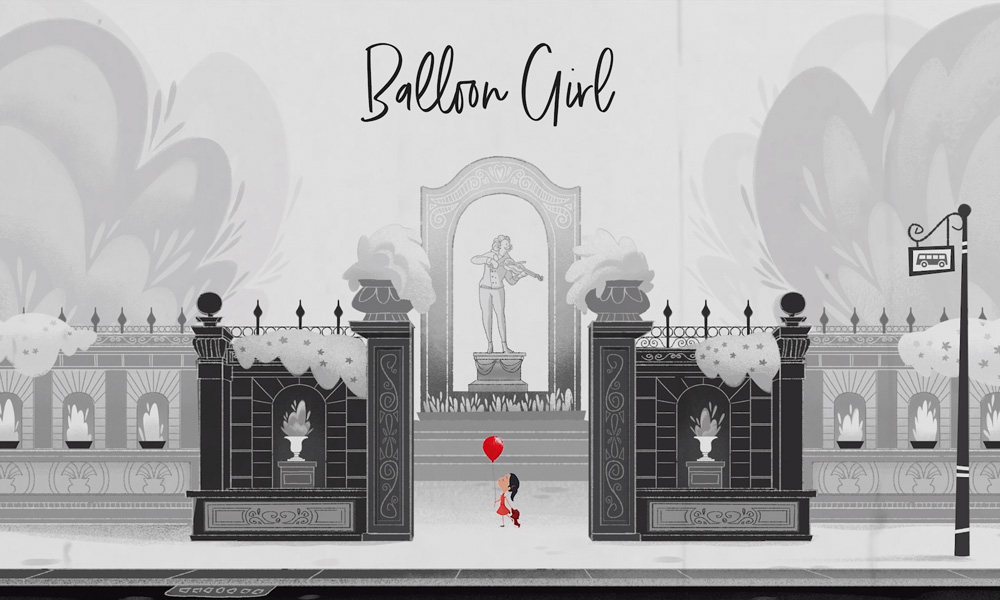 Twenty-five finalists have been selected for the online PBS Online Film Festival, which will now be vying for public votes to determine the overall winner. Big Bad Boo’s animated kids’ short Balloon Girl is one of these worthy contenders.

Directed by Shabnam Rezaei, Balloon Girl was produced earlier this year as part of the worldwide, London-based Hope Works Project (www.hopeworksproject.com) — a selection of shorts emphasizing the virtues of kindness and empathy for children aged 5-12. Balloon Girl takes place in Vienna’s famous Stadtpark, where Rezaei grew up, and tells the story of a young girl’s compassion and how it changes a complete stranger’s day, showing that little things make a big difference.

“I wanted to show an empathic kid with her happy balloon against a dreary world, so I decided to make the backgrounds black and white,” says Rezaei. Character designs are done by Tim Linklater and background art is by Sarita Kalhotra.

All the short films will be available for viewing and voting on the PBS Online Film Festival website from Monday, July 15 to Friday, July 26.

The Festival will be available via PBS and WSIU’s digital platforms, including PBS.org. As in previous years, films will also be available to stream on YouTube and Facebook. Public vote will determine the Most Popular award, while a distinguished panel of eight jury members from the film, television and public broadcasting communities will select the Juried Prize.