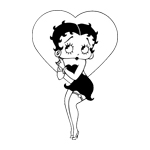 Remember when animation professionals used to take pains to argue that animation was not simply a children’s entertainment medium? Neither do the studios. But during the feature animation renaissance of the 1990s you heard that sentiment a lot. Some animators actively rebelled against the “stigma” of regarding animation as purely kiddie fodder. If you or a loved one still suffer from this “stigma,” ask your doctor if Betty Boop is right for you.

I think about the venerable Ms. Boop every time I watch a vintage television rerun from the 1970s that has a portion of the screen digitally clouded, so as to protect today’s audience from an image that was perfectly acceptable forty years ago. If this kind of alteration technology existed in the 1950s, more of Betty Boop might have survived intact.

Those familiar with Betty Boop beyond the licensing of her image know that she was not designed for Happy Meal toys. From her earliest appearance in 1930 she was a sexpot, one that was often lusted after by the other animated characters in her cartoons. But a couple decades later, when the new medium of television was looking around for programming and the idea of airing old cartoons seemed a natural, the audience for animation was beginning to shift primarily to the small fry. That meant there had to be some changes made in Betty.

Back in 1995 I spoke with Jere Guldin, who was then vault manager of the UCLA Film and Television Archives, and who today serves as Senior Film Preservationist, about trying to save Betty Boop in her original glory for future generations. “Luckily [the cartoons] weren’t junked and were kept over the years,” he said, adding:

“You are probably aware that a lot of Betty Boop cartoons had censored sections on television in the 1950s. It’s very rare to see a print of Old Man of the Mountain [1933] where Betty gets stripped down to her underwear and then goes shinnying up a tree, and then gets her butt licked at one point. That’s missing on most 16mm prints. There’s a big splice and then Betty’s got her close on again. What was done, luckily, even though they mutilated the original negatives to an extent by getting rid of the original heads and tail logos and added NTA [National Telefilm Associates] logos, so you don’t see the original Paramount logos anymore, they at least didn’t do [censorship] editing on the original negatives. They made 35mm safety fine-grains and they did the editing on the 16mm reduction negatives. At least they had the foresight…or cheapness…to do it that way.”

Speaking of foresight, even today film preservationists far prefer using actual film stock. In that regard, not much has changed since Jere told me:

“Everybody thinks that digital will be the wave of the future, but the problem is it’s still not nearly as good as film and still too expensive to do. You can keep a film for 500 years if you have it under proper storage conditions.” 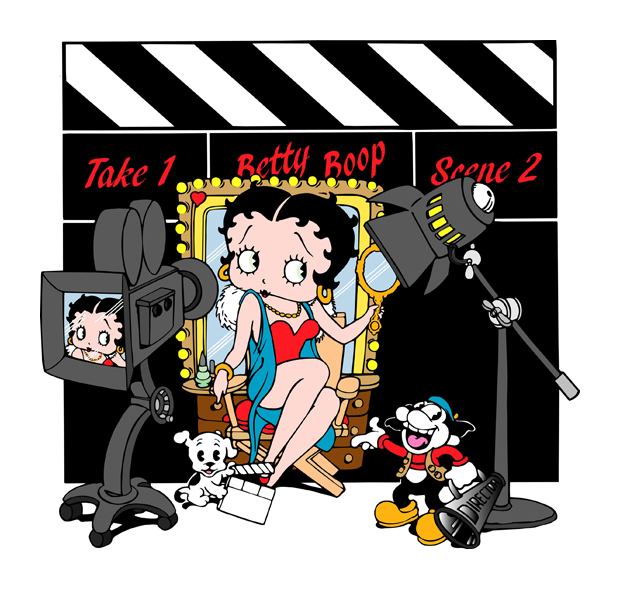