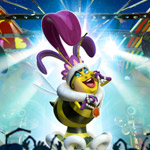 The beat goes on in a new family animation special, Beat Bugs: All Together Now, coming to Netflix on November 21. The 48-minute adventure brings back the adorable bugs from the series and more great Beatles tunes.

In All Together Now, the bugs venture outside the garden to attend a prestigious talent show, “The Bug Factor.” The special features an original cover of “Here Comes the Sun” performed by Yusuf Islam / Cat Stevens. Other toe-tapping songs being covered in All Together Now include “I Want to Hold Your Hand,” “Ticket to Ride” and, of course, “All Together Now.” Yusuf/Cat is currently touring, having recently released his latest album The Laughing Apple.

Beat Bugs debuted with a two-season launch on Netflix in 2016, and earlier this year scored a Daytime Emmy Award (Outstanding Writing in a Preschool Animated Program). The show follows five funny, adventurous and mischief-prone bug buddies (Jay, Kumi, Crick, Buzz and Walter) as they explore the universe of an overgrown suburban backyard.

The series was born out of creator Josh Wakely’s inspiration to secure the rights to The Beatles catalog, and get popular artists to re-record the classic songs. The two seasons have included covers recorded by the likes of Rod Stewart, the late Chris Cornell, Jennifer Hudson, P!nk and Sia (check out her version of “Blackbird” here.)

You can find more Beat Bugs content and info at beatbugs.com. 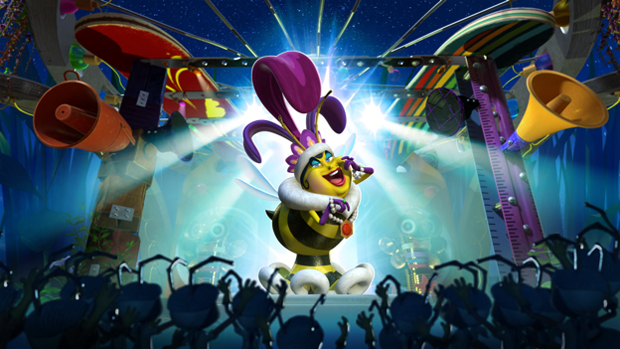 A new character featured in BEAT BUGS: ALL TOGETHER NOW, Queen Bee is the nine-time winner of the Bug Factor, a prestigious inter-garden talent show that the bugs journey to compete in. Despite her impressive record of wins, Queen Bee is desperate to retain her winning streak. (Credit: Grace: a storytelling company)