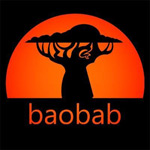 Baobab Studios is at work on Asteroids!, a follow-up to its award-winning animated virtual reality short Invasion! The new project follows aliens Mac and Cheez into an asteroid field, where they find themselves on a dangerous new mission. A teaser trailer just released shows Mac sharing a heartwarming slice-of-life moment with his robot sidekick, Peas, before something unexpected happens.

The 360-degree immersive, three-minute short is being developed for the Samsung Gear VR platform. A first look at Asteroids! is now available in the Oculus store through the Invasion! app, with a completion date set for 2017. The animation is lead Madagascar franchise director Eric Darnell, who is co-founder of Baobab with Maureen Fan.

Inspired by the technologically advanced yet bungling Martian invaders conjured up by H. G. Wells’ classic The War of the Worlds, Invasion! Episode 1 has earned recognition worldwide, including winning VR Selection of the Year 2015 at the Tribeca Film Festival, and was an official selection at the Cannes Marché du Film. Roth Kirschenbaum Films recently announced its intent to develop a feature film based on the short. 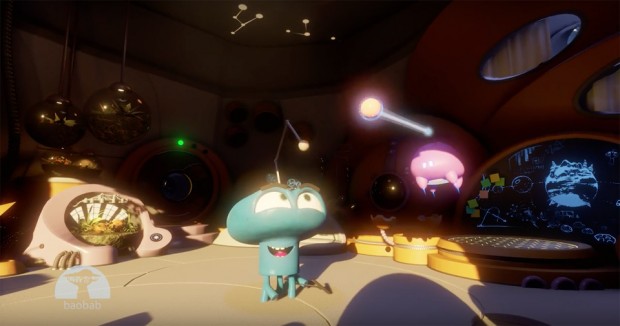