Hulu has announced its fall slate of original programming, including the return of super-powered animated sitcom The Awesomes. Season three of show will begin streaming weekly on Tuesday, September 8.

Executive produced by Seth Meyers and Mike Shoemaker, The Awesomes is the story of the greatest superhero team in history, and what happens after all the most powerful members leave. In season three, the new Awesomes and team leader Prock (voiced by Seth Meyers) have finally been accepted by America. Their only problem: the team’s founder and Prock’s father, Mr Awesome, has returned from space, and he’s been infected with Dr. Malocchio’s evil serum and has a plan to destroy the second-tier heroes. 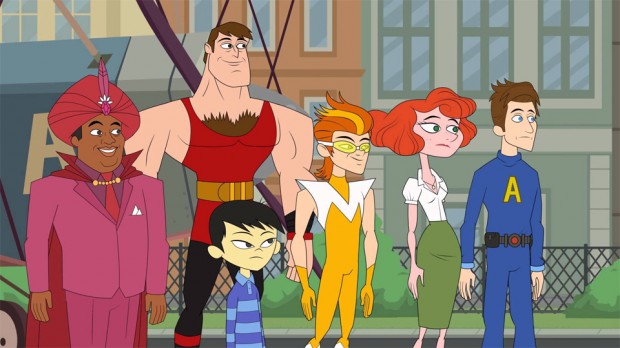