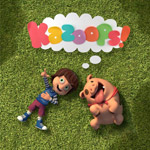 A new preschool TV series from Australia-based producer Cheeky Little Media called Kazoops will make its U.S. and Canadian debut on Netflix on September 2. Having launched this summer in the U.K. and Australia, Kazoops will be available on Netflix in North America in a bumper 19-minute format (three seven-minute episodes), comprising seven episodes for season one. An additional 19 episodes will arrive in early 2017.

Kazoops follows the adventures of six-year-old Monty and his best friend, Jimmy Jones, the family pet pig. Monty uses his vivid imagination to challenge preconceptions about life, like “you have to wear matching socks” or “all games need rules,” demonstrating to young viewers the value of critical thinking and creative play.

In each episode, Monty and Jimmy Jones enter make-believe worlds — from a trip to the savannah to an undersea voyage in a submarine. Each adventure is set to a unique two-minute song, with a rich variety of musical styles covered throughout the series.

The CG-animated show is designed to emulate Claymation. The digital characters have the appearance of Plasticine figures, down to the appearance of thumbprints on their “skin” surfaces. The imaginary sequences also integrate 2D graphic elements to create worlds that look hand-crafted out of simple materials. 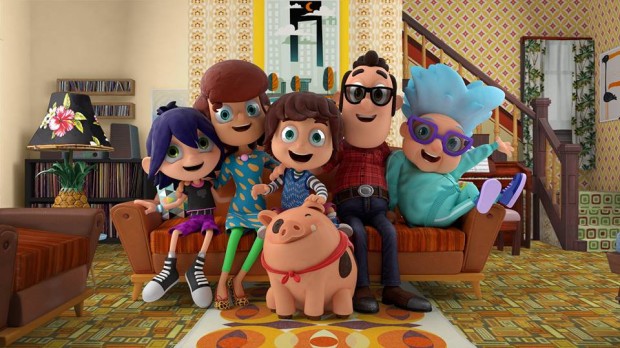 You may also like...
Related Topics:Cheeky Little Media, Kazoops!, Netflix