Do The Write Thing?
Talents talk writing visually, the influence of concept and character art, and how to handle experimental scenes.

So you’re breaking into the cartoon-writing racket. You probably have some burning questions, like: why the heck did I get a dental-hygienist degree? And what do the animation writing pros know that I don’t?

Well our own Claire Stenger posed some queries from some animation up-and-comers who’ve joined Baboon’s team of skilled simians: Emmy-winning duo Pamela Hickey and Dennys McCoy, veteran Jymn Magon (A Goofy Movie, DuckTales) and storyboard master John Fountain (Fairly OddParents, Rick and Morty), all of whom stopped throwing poo long enough to answer the following. Read up, and note that this is part one of three!

Claire Stenger: How visual do you try to be when writing an animation script? Does it help or hinder the project to write visually?

Pamela Hickey and Dennis McCoy: Being visual is essential to the process. While there are some “sets” given to you by the producers in animation — locations we use often — once you “leave” the set, you have to create the space. If you need a bathroom, you have to describe the bathroom, and anything in that bathroom that needs to be used for the story: i.e. if somebody gets flushed into the sewers, you need to describe a toilet big enough to flush your hero — then, of course you have to decide whether it’s a low-flow toilet so that it has enough water to flush your character. These are the important questions you need to answer if you want to write animation! 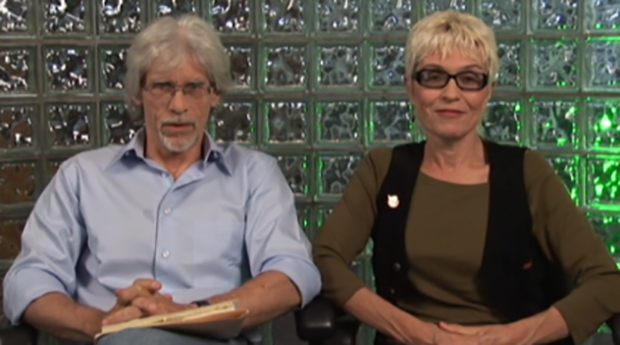 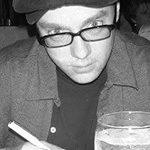 Jymn Magon:  Since we don’t have real actors who can follow a director’s words, there’s a greater need to get the directing down on paper. Often the writer is also deciding the supporting cast, the locations, the costumes, the action and the props. And because of the meatier stage directions needed for all this, while a live-action script usually times out at one page per minute, animation is more like 1.5 pages.

Stenger: Does the character art or concept art influence your writing?

Hickey & McCoy: Absolutely. If you were writing for Brad Pitt, you’d know how he sounds, how he moves and his common facial expressions. Similarly, when you do an animation, you get model sheets for the characters and settings. The character sheets will have turnarounds and a series of expressions the characters’ faces — those are your actors. Regarding concept art — especially sets and backgrounds — those are important to the mood of your script — the tone. The mood of an old, dark house is going to be completely different from that of a suburban ranch-style home. These moods can sometimes dictate story as much as the characters.

Magon: Everything influences my writing: The concept art, the actors, the music, what I saw on TV last night. If you’re in a creative business, then everything in your life goes into your writing. The more I see and hear about a series, the better I can write for it. So I love looking at artwork — even rough sketches.

Fountain: If it doesn’t, you’re doing something wrong.

Stenger: How does an animation writer handle more visually experimental scenes, or scenes set to music?

Hickey & McCoy: At our desk, we would have written Dumbo’s pink elephant scene step-by-step, to the point of laying out specific visuals for specific lyrics or dance steps. Our method of writing dictates that visuals are a part of our story.

Magon: In TV animation, there’s less call for musical numbers. But A Goofy Movie, for example, was a different story. In those cases, I try to call out as many moves as I can. My parents were choreographers, so maybe it’s a little easier for me. I’ve found TV storyboard artists really open to suggestions when it comes to musical numbers. As for features, you should write it as you see it, but ultimately, that is almost always handled by the storyboard folks and the animators. They are really responsible for the fluidity of those sequences.

Fountain: There’s a semi-famous reference among board artists. Presumably, the script for Gone with the Wind had a point where just two words were on the page: “Atlanta Burns.” Easy to write – really tough to shoot. The answer to this question is, sadly, another question: How much do you trust your director and board artists? If the answer is “a lot” then rest easy. If the answer is “not so much,” then spell out every detail in writing.

Tune in next issue for more tips from the team!

Baboon Animation is a U.S.-based collective of Oscar-nominated, multi-Emmy-winning animation writers, with credits on dozens of the most iconic animated shows worldwide.