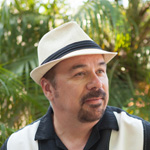 Sometimes the life of an animator isn’t that different than that of a musician. I’ve spent a lot of my 30-year career moving around North America in what I call The Animation World Tour.

Upon graduating from Sheridan College in 1985, I was scooped up by Nelvana in Toronto as a layout artist on Lucasfilm’s Ewoks and Droids. The next stop on the tour was Atkinson film in Ottawa. I began as an animator/layout artist then moved up to layout supervisor. Like any good musician, sometimes you can replay a venue. In 1988 I returned to Nelvana as a layout supervisor on many award-winning projects, including Babar and Beetlejuice. Attempting to hone my skills as an artist and storyteller, I decided to pause my tour and stay at Nelvana. Over time, the late hours and time away from my family prompted me to make a huge change. I had fallen in love with storyboarding and story. Since it was a job I could do remotely, I left the safety of six years at a company job and began to work from home.

With this newfound freedom, my wife and I scrapped the city rat race and moved to a remote area of northern Ontario, with plenty of wildlife and space, perfect for raising a child. Freelancing was rare in 1994, especially with a wife and 5-year-old in tow. It was tight at first, the three of us stuffed into an 800-square-foot house. My desk consisted of a homemade light table with an old door as the top. It wasn’t the most ergonomic setup.

The freelance work was slow. I was racking my brain to try to get more clients. On a whim, I started going through an international phonebook to send my portfolio to studios. Over the next 12 years, I acquired clients worldwide while living a happy life and raising my son in nature’s backyard. We settled into the community, even helping to start a film festival.

Working on three to four pre-digital projects simultaneously was challenging. Once, I made a shipping error, sending boards to the wrong studios. Luckily the digital era was emerging and this helped keep me organized. In looking through a design magazine, I saw someone drawing on a computer tablet. Drawing on a computer screen and uploading to the then-new Internet would forever change my freelance world. Upon inquiry, the magazine told me it was a Wacom 15-inch Cintiq. I purchased one and loaded it up with Photoshop, Maya, 3ds Max and Sketchbook Pro, my go-to software. I was free from pencils, paper and Sharpie intoxication.

By this time I had set up a very efficient little business with a great home office. However, my nomadic side was beckoning. After much deliberation, I got back into studios so I could collaborate with other artists. My goal was to get to a staff position in Los Angeles and storyboard on features.

The tour intensely resumed. We moved to Vancouver to work on a film at Rainmaker. Soon after, the film collapsed. A year and a half after moving to Vancouver, we picked up and moved to Toronto to begin work on Gnomeo and Juliet. Upon completion of the film there was no more feature work at Starz. However, this tour gave me several Hollywood connections.

I toiled for a year as freelance. While pondering my plans to get to L.A., I received an email from a recruiter at Digital Domain: “Aaron Blaise loves your work and wants you to come to Florida to work on a film.” Not knowing about the company, but wanting to work with Aaron, I was on board.

The next stop was Florida. I was working on a great film, living in a house near the beach. It seemed too good to be true, and after a couple of years, it was just that. The studio went bankrupt and we headed back to Toronto.

We weren’t there long before the tour made the jump to Hollywood. After an eight-year journey, we had arrived in animation central. I worked at Disneytoon, having one of the most creative and rewarding times in my career, but I wanted more.

Paramount was in the early stages of a feature animation division. Intrigued by the new adventure, I made the move in October 2014 and have been here since. We’re working on fantastic projects with incredibly talented people.

Now that I’m finally in L.A., it looks like the Animation World Tour has ended. It’s been quite the ride, but I wouldn’t change a thing. 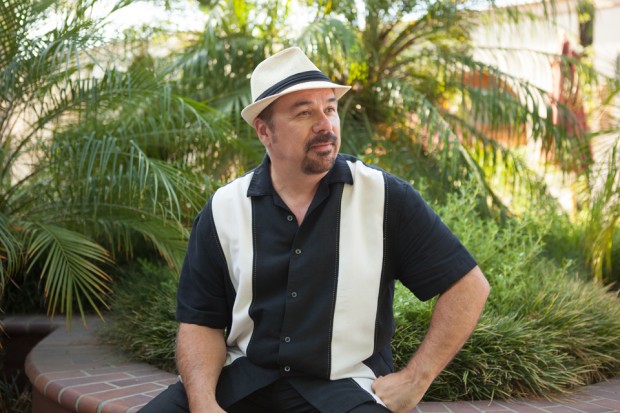