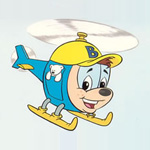 Animation has become such a juggernaut within the film industry that it seems as though everyone has tried their hand in it at one point or other, up to and including British Royalty. That isn’t just a glib one-liner, either. There actually was a television cartoon show created by a member of the British royal family: Budgie the Little Helicopter, the pet project of H.R.H. The Duchess of York.

Budgie, which was produced by Fred Wolf Films Dublin for the licensing outfit Sleepy Kids, first hit the airwaves in 1994, and an awful lot has happened in twenty years. Budgie aired in America over Fox Kids, which doesn’t exist anymore. Neither does Sleepy Kids. Neither, for that matter, does the title “H.R.H. The Duchess of York.” The creator of Budgie has been “demoted” to Sarah, Duchess of York (still, it could be worse), nee Sarah Ferguson, then familiarly known as “Fergie.”

The point here is, back in 1994, the notion of a member of the Royal family creating a television show was pretty astonishing. The show was based on a series of children’s books that the Duchess had written, but did that mean that H.R.H. remained actively involved in the production of the show? “The answer is a flat yes,” Fred Wolf told me back in 1994, adding:

“The Duchess is the sole creator of these books, and I have to give her credit for the uniqueness of the story, because it came from her own experience in her learning to fly a helicopter. She was taking flying lessons. To my knowledge, there are no animated characters that are helicopters. There are animated boats, animated trains, animated this and that, but this was the first helicopter. So being the creator of Budgie the Little Helicopter, like any creator or author, she does follow it through. She reviewed all the scripts, and she is very much involved in the development of Budgie as an animated piece of art, as opposed to an illustrated piece of art. She had a lot of intelligent and astute contributions to that factor. This was well before I ever met the Duchess, but it made our association a very good one in the sense that someone is very assured and they know what they want, and we give it to them, and they know that maybe there could be something different added to it.” 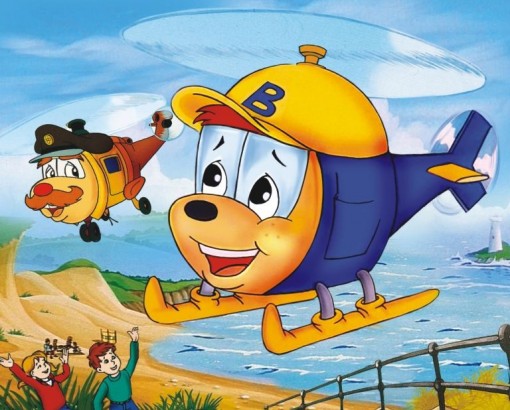 For the record, the Budgie books were illustrated by John Richardson.

Budgie aired all over the world for three seasons, and was followed by a direct-to-video feature, and then it all but disappeared. As for the Duchess, while she has experienced some bumps in the Royal carriage drive since divorcing Prince Andrew in 1996 (forget the scandals; perhaps her biggest indignity was losing her nickname to an American pop singer), she did have one more brush with animation. She appeared as the voice of “The Queen” in the 2004 Disney short, The Cat That Looked at a King, a quasi-sequel to Mary Poppins that was released on the 40th anniversary DVD for the classic film.

After flying high internationally, Budgie the Little Helicopter set down on the heliport of memory.