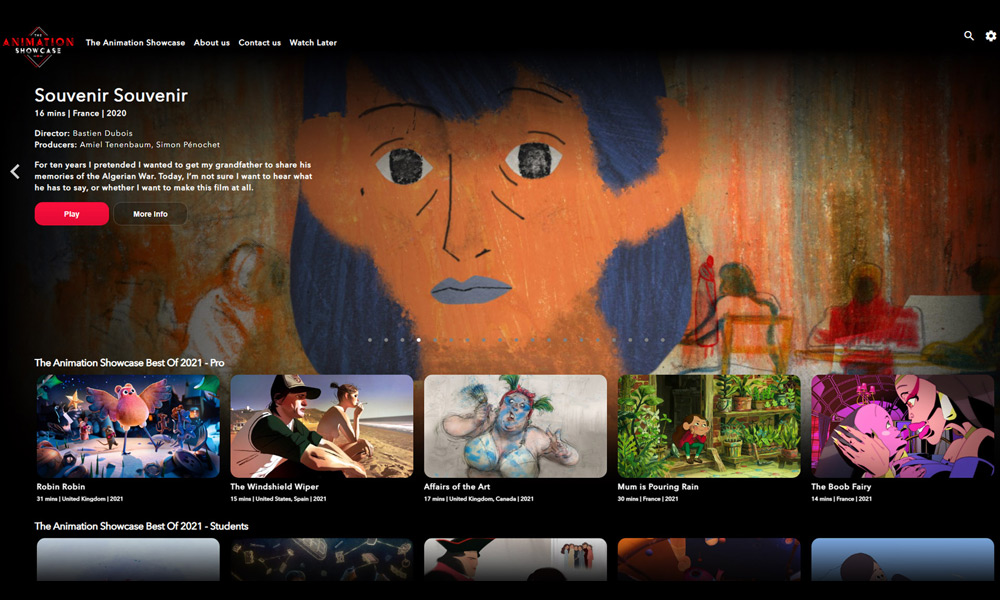 If you are looking for a great way to watch some of this year’s international animated shorts that have a good chance of ending up on the Oscar shortlist, you should definitely check out The Animation Showcase, a wonderful portal created by industry veteran Benoit Berthe Siward last year. 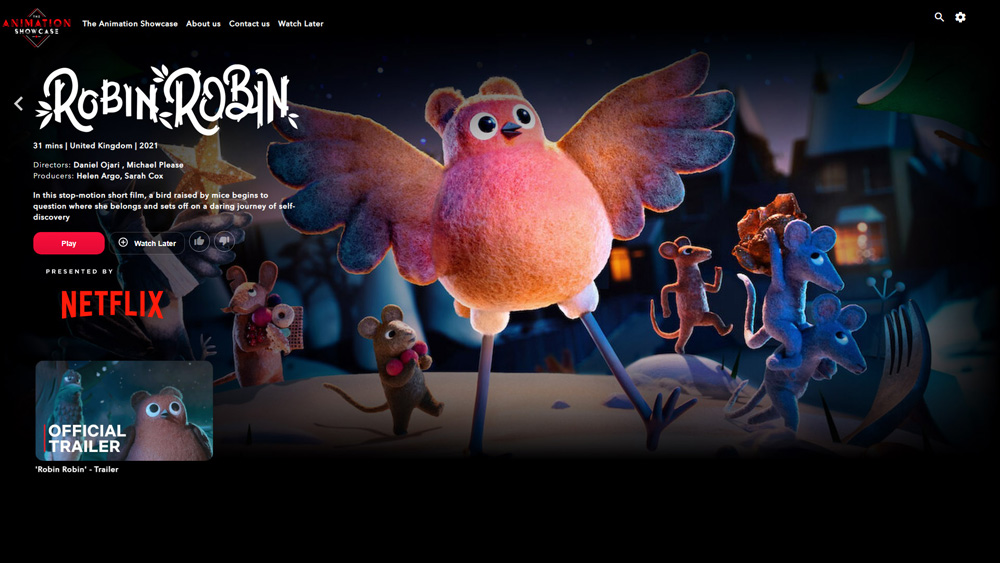 Robin Robin on The Animation Showcase 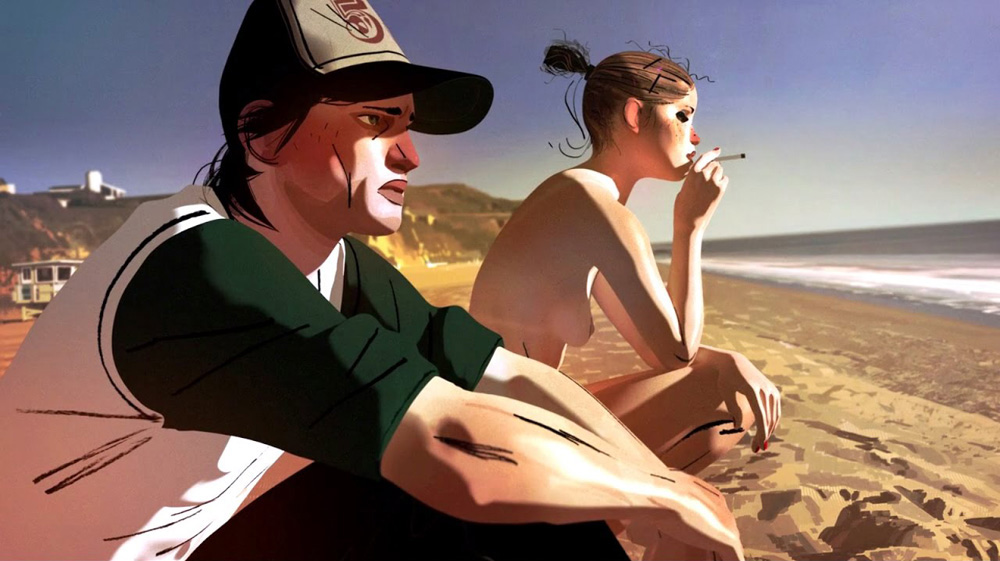 “Last year, my experiences with the streaming platform exceeded my expectations,” Berthe Siward tells Animation Magazine. “At the beginning of this streaming journey, I was just wondering how I would be able to screen the traditional collection within the best environment and condition possible, as I was used to doing with the touring screening in the fall (in the U.S. and Europe). But in the end, the system built allowed me to expand the collection much quicker and in a much better way. For example, the system allowed me to stream in places I would have never been able to get, like Australia, Asia or South Africa. It allows to stream in big studios obviously but also in medium and smaller; it also allows to stream more content (a collection that is not limited to 50 minutes).” 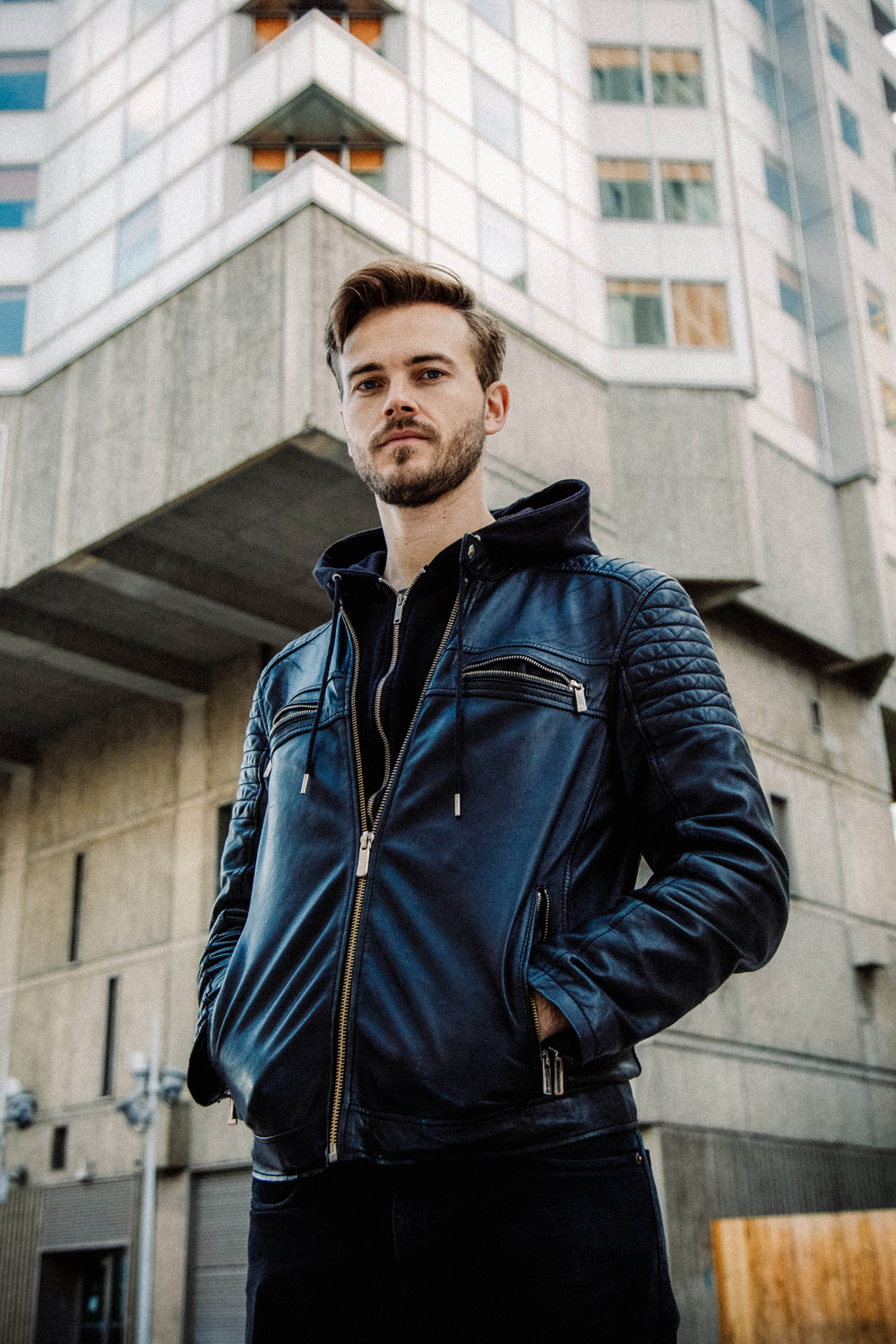 Siward adds that some big studios such as Pixar and Netflix were easy to convince to come on board because they saw the benefit of wide exposure for their shorts. “They joined the adventure very early, and this helped us perpetuate the quality and trust on the selection but also the diversity (big studio films, indie or students) from all over the world and different techniques,” he notes.

He also mentions that he was pleasantly surprised by the commitment and huge demand from the animation community to watch high-quality shorts. “In only a few months we reached 10,000 users and it keeps growing, but the data also showed that the audience is very often watching the shorts entirely, without skipping or browsing in the timeline, the focus is very good. I could also see that a majority were coming back on the platform to watch shorts regularly. The platform was originally supposed to close in Spring 2021, but due to the good traffic still happening, I decided to keep it open and to get the rights of other older shorts during the off-season (Spring-Summer). It ended with very satisfying results in many ways, that has led me now to receive a huge number of requests for the new collection of 2021.” 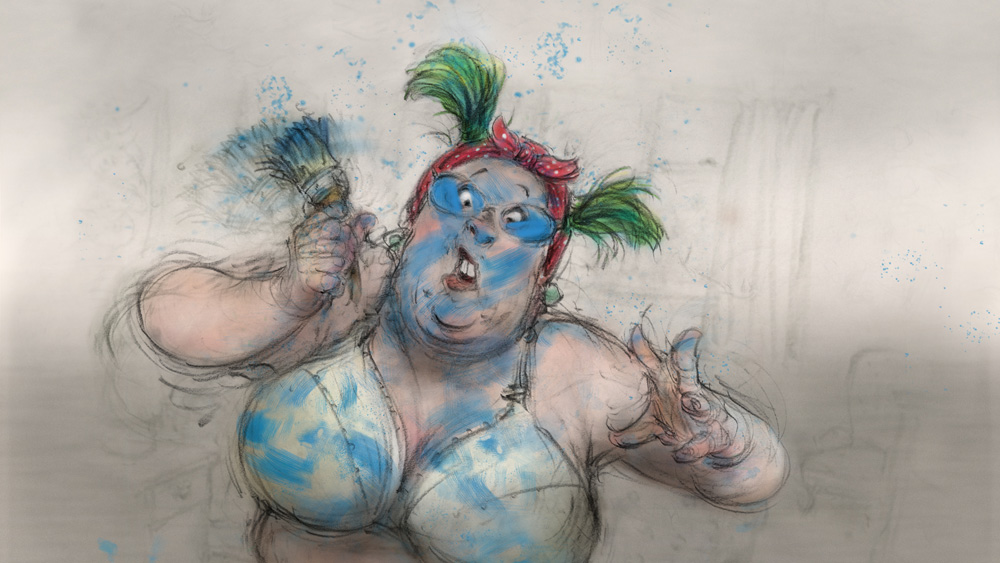 The 2021 Collection will have more categories and content with some spotlights on studios such as a spotlight on the National Film Board and another on the Miyu Distribution catalog, but also some spotlights on schools, with unreleased shorts from ESMA and others coming soon. “The platform was used to stream the feature Calamity last year when all the cinemas were closed and proved once again its efficacy as an alternative and a way to stream on TV and projector in good quality (and for free) as the platform is now available via Roku or Apple TV devices,” notes Siward.

Siward says he is negotiating with distributors to have another animated feature available on his site in early 2022. He also hopes to showcase all the Oscar shortlisted short films as he did last year. He notes, “This year, five additional slots (10 to 15 shortlisted films) will allow more space to the indie and students films that were every-year suffering of the strong and unavoidable competition of big studios shorts, which always take three to four spots in the shortlist, so increasing from 10 to 15 will give justice to some hidden gems who don’t have the tools or the resources to create expensing and/or time-consuming awards campaigns.” 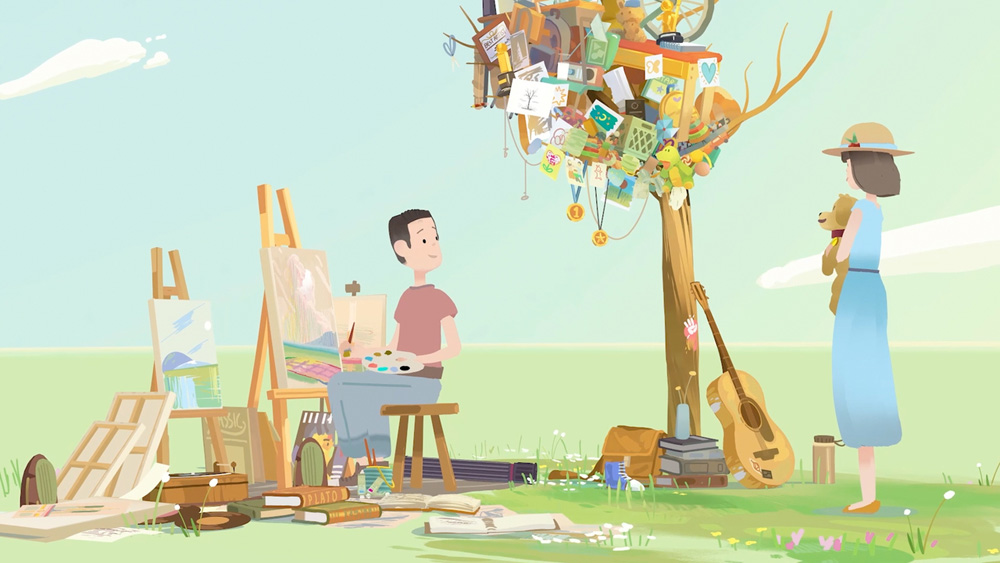 “I am very excited about this year’s lineup [for the Showcase],” he adds, “but also for the Oscars, because there are particularly strong and beautiful short films (and the two are linked as the showcase ‘best-of’ collection is only streaming Oscar contenders).”

Berthe Siward has kindly offered Animation Magazine readers a special offer to join his Showcase portal. All you need to do is request to join the free portal here.