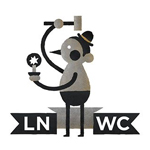 I grew up in a land far away without Google. It was called the 1980s and animation was different then. Drawn on paper, painted on cel and shot on film by trained Oxberry technicians. Things done changed and as a late adopter to Facebook, I can’t stay I understand it all – but the Internet has altered the culture of creativity forever.

Artists in different countries are able to meet through Facebook and develop content via Skype. One of the remarkable things about this ability to communicate virtually is the creation of fresh cartoons that we might not see if it wasn’t for this technology. Late Night Work Club came together using social media, trading ideas on Twitter while most of us were sleeping. For their first anthology project, they took on the concept of “Ghost Stories.” Their 38-minute compilation debuted at Los Angeles theater Cinefamily in August and was produced sans crowd funding or studio financing.

It’s a masterful anthology shaped with one uncomplicated purpose – the love of animation storytelling. Apparently sometimes late at night, imagination is all we’ve got. On December 19, 2013 – Animation Block will be hosting the NYC premiere of the Ghost Stories compilation at BAMcinématek. We’ll be screening a beautiful DCP transfer of the films, ensuring that all media will be projected at the highest possible quality for audience enjoyment. Tickets for this show are now available at: www.bam.org/film/2013/late-night-work-club.

Members of the LNWC crew recently answered a handful of ABP questions for the readers of Animation Magazine. We hope you enjoy this peek into their process.

Casey Safron (Animation Block Party): So many different techniques were used in creating the LNWC Ghost Stories compilation – can you speak a bit about the software and art products used in animating your film?

Sean Buckelew (The American Dream): My film was all pencil on paper, composited in After Effects. I wanted to use as little digital help as possible, so most of the camera moves are in the actual animation.

Charles Huettner (The Jump): My film was animated frame by frame in Photoshop. I also used after effects for some camera pans and compositing.

Conor Finnegan (Asshole): I used Photoshop to design the character and backgrounds, then everything was animated in After Effects using solid layers with animated masks and the trusty puppet pin tool!

Jake Armstrong (Mountain Ash): Erin and I used pretty much the gamut. Of non-computer stuff, we scanned textures and did a good deal of the boards on paper.

Ciaran Duffy (Ombilda): The backgrounds were painted with watercolour but like an exploded diagram; a hill, a wall, a few bushes, a house, all painted separately and brought together in Adobe After Effects so I could move a camera through the scene and get some parallax. The animation was done with a combination of scanned drawings, Photoshop drawings, AE keyframe and puppet system.

Louise Bagnall (Loose Ends): I made my film almost completely digitally which helped to speed up my process and since we were making short films without a budget to speak of that was a major bonus. In compositing I tried to soften up the look of the animation to sit with the backgrounds.

Casey Safron: How often did you collaborate with long-distance members of the LNWC crew via Skype etc throughout the filmmaking process?

Sean Buckelew: At one point last spring, I thought I was way behind on my short and holding everyone else up, so I had an emergency Hangout with Scott and Charles. They were cool about timing, and then we started talking about movies and stuff, and Scott went into a really in-depth description of the movie Terminator 4: Salvation. Charles and I hadn’t seen it, but Scott was so good at describing all the scenes, it sort of felt like we had.

Charles Huettner: I voice chatted a lot with Scott, Eamonn and Eimhin at the time. We also did a larger group Google hangout and tried to get everyone in on that. There were also longer than life email chains and friendly tweeting galore.

Scott Benson: I was doing a lot of administrative stuff during the process so I was regularly doing tons of emailing and twittering and Google hangout-ing. As far as the actual process of making my film, I tend to be very closed off when I’m working. I’m kind of a work hermit.

Conor Finnegan: It was pretty hilarious to see actual human faces with real voices after so long of only Twitter and email interaction. Unfortunately my Internet connection at the time was completely rubbish so I wasn’t able to “hangout” too long.

Jake Armstrong: As far as I know, we only did between 2-3 large scale Ghangouts (Google hangouts) between most of all of the members. It was fun to talk to everyone in all these different time zones, who all seemed lacking in sleep no matter which time they were in.

Ciaran Duffy: Once the films were really into production, I didn’t talk to the group very much. I get enough notes and feedback at work so making this film was something I wanted to do my way, for better or worse… mostly worse, as it turned out but, still, at least the problems with the film are my problems.

Louise Bagnall: Before I went too far with the film we all talked a bit about what you were aiming for. This was really helpful for me, I sometimes get caught up in the process and forget what I wanted do to in the first place. After I got into the animation I didn’t discuss the story as much but still asked for help on technical stuff. It was great to make a film along side others who’s work you love.

Casey Safron: Did any live-action horror (or other genre related) movies influence the development of your LNWC short?

Sean Buckelew: My film is kind of about really sincere millennials trying to figure out their post-college lives, so it wasn’t necessarily inspired by horror movies in a traditional way. Horror is kind of a relative idea though, right? I guess maybe that Lena Dunham movie Tiny Furniture was influential because I was totally horrified to be part of the same generation as her (I think we are about the same age). Maybe that’s a new genre, Generational Horror. It’s the horror of being confronted with a cheesy depiction of what you’re supposedly all about.

Charles Huettner: Bram Stoker’s Dracula influences everything I do.

Scott Benson: I’m not really sure where most of that film came from. My standard influence combo of Chris Ware / Mike Mignola certainly, but no films come to mind…

Conor Finnegan: Though I haven’t seen the whole film, I think How to Get Ahead in Advertising was an influence on my film. I really like the idea of a mutant “other” growing out of a person. After making the film my friend sent me a link to this Perverts Guide to Cinema link. I’d seen and loved The Conversation in college and think it must have been a subconscious influence on end scene in Asshole.

Jake Armstrong: Our original story was classic, two kids wander into an abandoned evil building and awaken an ancient evil. This was very in the vein of the first Evil Dead for me. But when we canned that idea and made the one in the snow, you could say I was drawing a desolate landscape from something like Carpenter’s The Thing, but I really can’t think of anything that helped develop this story more than a major sense of loss from canning the story before it.

Ciaran Duffy: For me, the biggest influences were Tarkovsky and Dreyer, with some Bergman and Béla Tarr too, I think. I find the apparent bleakness and coldness in their films really bracing and invigorating.

Louise Bagnall: A bigger influence for me, besides other shorts, was comics both books and online. Emily Carroll’s excellent, horror comics as well as Nao of Brown by Glyn Dillon and Menno Wittebrood’s work are all things that influence me. 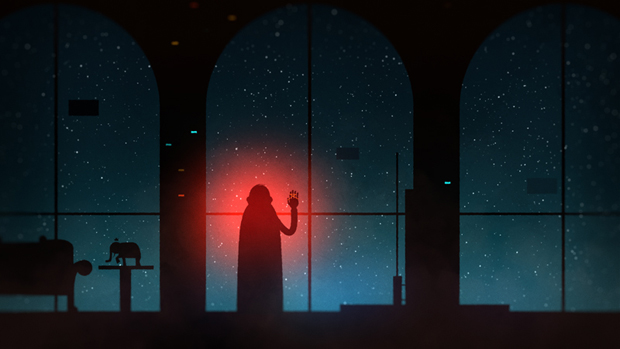 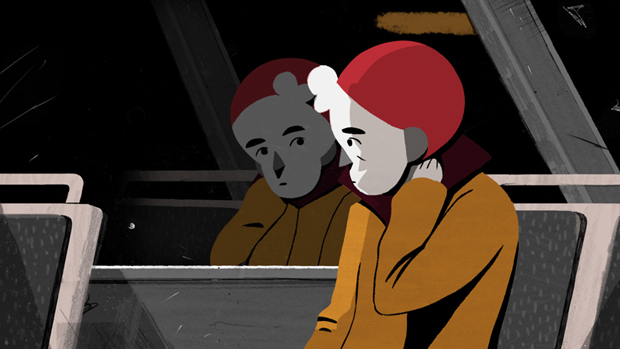