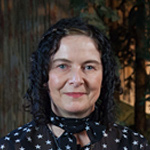 Acclaimed feature animation studio LAIKA is once again pushing the stop-motion envelope with its latest feat, Kubo and the Two Strings. The magic-infused epic set in ancient Japan has been racking up recognition this awards season. On top of numerous honors from critics’ associations, Kubo has been nominated for the animated feature Golden Globe and BAFTA, is one of 27 films contending for an Oscar nomination in the category and has also made the Best Visual Effects Oscar shortlist.

The latest groundbreaking moment for Kubo has come from an entirely new frontier for animated films, as the film’s costume designer Deborah Cook has been nominated for the Excellence in Fantasy Film award by the Costume Designers Guild — the first time the Guild has included an animated feature in its nominations.

“The CDG recognizing Kubo and the Two Strings means so much to me it’s beyond words. What an honor!” Cook told Animation Magazine via email. “I feel huge gratitude. I truly appreciate that this is a first for our animation industry and I couldn’t be happier or prouder or more excited to be in such fine company indeed.”

ANIMAG: What is your education background? How did you come to specialize in costuming for stop-motion?

Deborah Cook: I studied Fine Art Sculpture at St Martin’s College in London. During that time, I learned upholstery and metalworking skills alongside my sculpture practice in which I worked mainly in fabrics and textiles. I’ve worked in animation and costume specifically since then.

What is your design process like for stop-motion films?

Cook: I design with scissors and paper to preserve the integrity of my textile designs and how I’ve created them. It feels more direct to collage them together and also lends itself to being a technical illustration to guide fabrication. I begin design research with an in-depth study of the characters and story, noting every aspect of the characters personality, actions and role.

I also look at fine artists, high fashion and fashion photography; vintage clothing, textile engineers and any new fabricating techniques that have a note of ingenuity and innovation that I could work to our best advantage, both from historical methods and contemporary.

What are some of the factors you need to consider that are different from live-action costume design?

Cook: I often design over images of our actual puppet body shapes, much like a live-action costume is designed over a real body shape and the costume moves with the body. That motion is intrinsic and comes free with the movement of the human body, but in animation we need to engineer this movement and make it an integral part of the costume build.

We’ve devised our own way of “tailoring” movements into the costume with complex engineered understructures.

We created our own weighted lining to give gravity to our 1/5th scale costumes and often use various gauge wires and other materials of different weights, flexibility and properties for backings, anchoring them invisibly within the actual puppet armature so the costume can be controlled for each of the 24 frames a second and still allow movement between frames.

Where did you find inspiration for your designs for Kubo?

Cook: Inspiration for Kubo and the Two Strings costumes came from reading the story and an in-depth study of the culture and costume of ancient feudal Japan from the Jōmon era, 300BC, through Heian, Edo and Meiji eras.

I visited Japan to research the modern takeaway through the eyes of the people of Japan and how their clothes are worn today. I wanted the costumes to revere our love of Japanese culture and its films and have resonance. Fabric samples I collected there from vintage clothing informed the color of our costumes.

I also looked at historic Japanese artists such as Kiyoshi Saito, Yoshitoshi  and the designs of Issey Miyake, as well as how kimonos were made historically and the social significance of the surface illustrations.

I was also influenced by the appearance of the graphic fold lines that you’d see in a worn, ancient garment and brought those ideas together in a map over the costumes to engineer weak line areas in the surface of the fabric in particular areas so that it would isolate a graphic fold line that would always fall in the same place, and also invest an origami folding appearance and language to follow through all of the costumes and work well for consistency in costume movement.

Researching the emblems of Japan played a part, too, such as family crests and the significance of the image of waves, grasses, certain flowers, mountains, fish and birds and how kimonos were worn by different age groups, social ranks and genders.

What was your biggest challenge on this film?

Cook: It’s always our hero character that proves most challenging. Once Kubo was designed, all the other characters resonate the language of his costume — where the folds are, how it moves. The engineering we’ve created for his costumes follows through the entire cast.

He’s the main adventure, where the style of the costumes are found through many iterations and experiments.

Do you have a favorite costume or character in Kubo?

Cook: My favorite is the adventure of “finding” our hero’s costume, and so the artistry and style of all of the movie’s costumes.

The Sisters are up there too, as they are one step further into the story’s magical kingdom and inhabit a more mystical realm and so more unusual textiles and techniques could be employed. They were driven by looking at the legacy of a historical Japan, laced with legends and ghost stories. They were heavily influenced by the ninja women of the Heian era; Tomoe Gozen, a female samurai warrior; Onryo from the Japanese spirit world — who are spirits that have returned to the physical world to seek vengeance — with a smattering of predatory bird talons and feather configurations.

Stop-motion has a reputation for repurposing some unusual materials to create props — what is the most surprising “fabric” you’ve worked with for a film?

Cook: All kinds of fabrics and materials have proved useful to us, we’re always looking for new and interesting properties to work with.

In this instance, Tyvek paper has proven to be pretty useful in the costumes … and I’m guessing everyone knows about the popcorn trees in Coraline?

[You can go behind the scenes of Coraline in the March 2009 issue of Animation Magazine!]

Which films do you love to watch just for the costumes?:

If you could pick, what genre or era setting for a film would you love to design for?

Cook: That’s a hard one, I have so many ideas. Something futuristic, perhaps.

… And for fun, do you have any good dinner party-worthy anecdotes from the production of Kubo you can share?

Cook: It’s been great fun to watch our animators dress and act the parts for their live-action video prompts!

Also, our Kubo exhibition at the Japanese American National Museum has been a highlight for me, to hear that the costumes resonate authentically within the Japanese community.