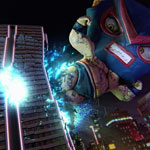 Since its debut last fall on Nicktoons, DHX Media’s sci-fi competition series Massive Monster Mayhem has engaged young contestants in futuristic missions that involve live game play, real-time CG animation and crazy missions to save Earth from evil aliens. Produced by DHX Media and co-created by exec producer Artur Spigel and Michael Chaves, the show features three real-life kids in an alternate universe to compete in a series of intergalactic challenges. We recently had a chance to chat with Spigel, founder of 7ate9 Entertainment, about this interesting new spin on game shows.

Animag: Congrats on the success of your show, Massive Monster Mayhem. Can you tell us a little bit about your background?

Art Spigel: I’ve been in the kids entertainment business for about 20 years. I started my company 7ate9in 1997, and we produced a lot of game content for Disney Channel properties such as Phineas and Ferb, Mickey Mouse, Disney Princesses and The Lion Guard. We produced games for existing properties, and Massive Monster Mayhem is actually our first big original property.

We decided to make a show that allowed us to make our own rules and be as creative as we can be. We collectively threw all our ideas together and came up with this concept which features giant monsters from space — a fun hybrid of Power Rangers, World Wrestling Federation, reality competition for kids. We put all the ideas we liked in one place.

We had complete freedom as we made our own pilot. We internally financed, designed and shot the 11-minute project. We showed it to Nick about two and half years ago. They loved it, although they weren’t quite sure what it was. Then, we went through a testing phase.

Production development began around 2012 and we began production in the summer of 2016.

Tell us a little bit about the show’s animation process.

Spigel: One of the interesting thing about the show is our use of real-time animation. We wanted to create this hybid format that allowed us to put live-action contestants into an animated world. We shoot the show using real-time previs tracking. Everything is shot in greenscreen. We are compositing and finishing the show at the same time that we’re shooting.. We have two different crews, the animation crew and the live-action production team. We have to review all the environmental effects. We have the freedom to adjust things, change the colors, the lighting, add physical structures.

In a reality competition, there are no scripts or directions, and the contestants do whatever they need to do to win, so we animated around them. Real-time animation allowed us to produce incredible visuals for our budget.

Most of the animation for the first season was done in Maya, but we use a combination of different technologies, involving real-time key-framing, compositing, rendering and animating. We don’t use any mo-cap. It’s all a combination of real-time CG animation and pre-vis technology. I describe is as shooting a show inside a video game. Once we establish the tracking, a person can step inside our CG world with a handheld camera and composite and finish the show. We use a mishmash of technologies made for different purposes and combined the to get something new. Yes, people have used virtual sets in the past, but we think multi-camera use on the action sequences has never been done before.

Spigel: This has been a truly dream scenario. You come up with an original concept, and they tell you that they believe in this project and give you money and resources to make what you’ve been dreaming about. It’s great that we were able to produce something that was quite different. We’ve also been getting great feedback from kids everywhere. And yes, the toys are coming soon as well.

What would you say were your biggest challenges in producing the show?

Spigel: I would say the show involves a great amount of preparation to put into place to make it all come together. You have to be completely prepared technologically before you start the shoot. Of course, in post, you can render anything and tweak what you have shot. If something weird happens, you have all the data and the tracking info to fix it. That’s the saving grace. The show has lots of different components. There’s a scripted storyline, the drama of the week, in addition to the real kids who do the physical obstacles. We do a lot of testing with the guys to make the perfect obstacles and integrate them into the environment.

What’s next in line? Are you taking advantage of game engines?
We delivered the 22 half-hours for the first season. The toys are going to be introduced soon. We are going to use Unreal technology to produce the animation for the second season. We do all the concept designs and models in house and Playfight VFX (www.playfight.com) in Toronto produces the animation.

The exciting potential for our second season is that technology has advanced tenfold, so there are so many more things that we can experiment with. You can do a five-cam animation trigger. I’m really excited about new the game engines like Unreal. They are making an impact on the future of animation. The quality and pipelines keep getting better and pipelines get better. Animation production is becoming more democratized. Of course, you need the expertise of professionals to make the animated worlds beautiful, but you can make it quicker, with easier pipelines.

Massive Monster Mayhem airs on Nicktoons. You can learn more about the show  at www.nick.com/massive-monster-mayhem. 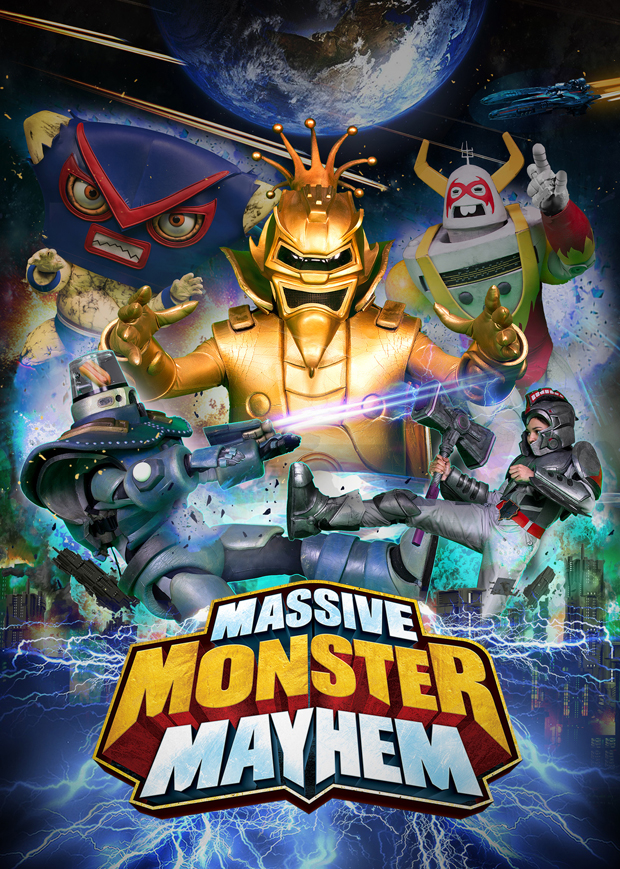 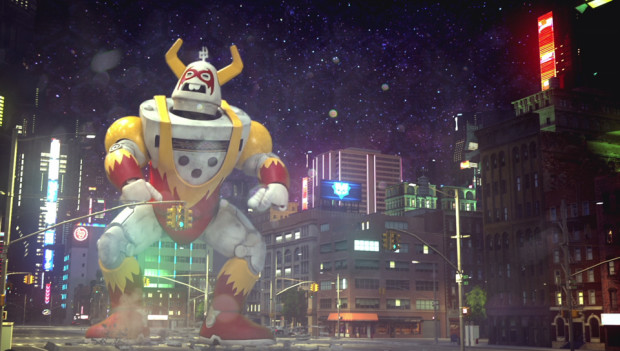 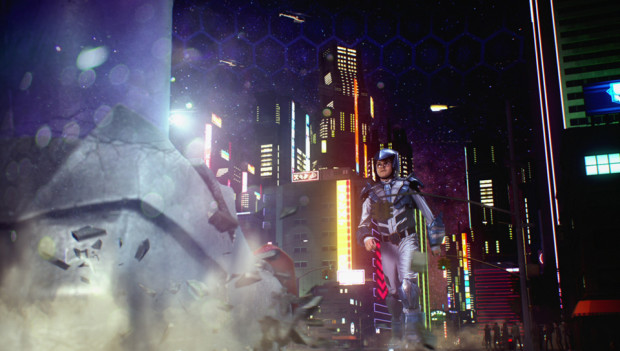 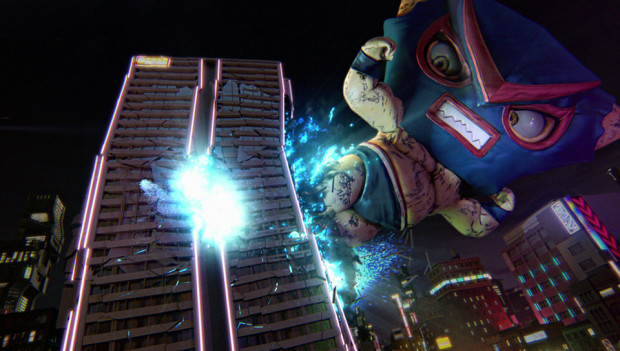 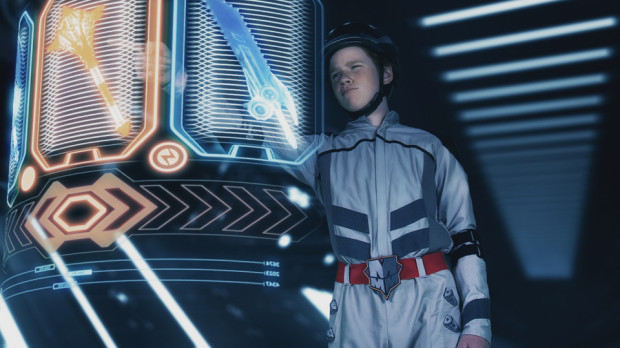 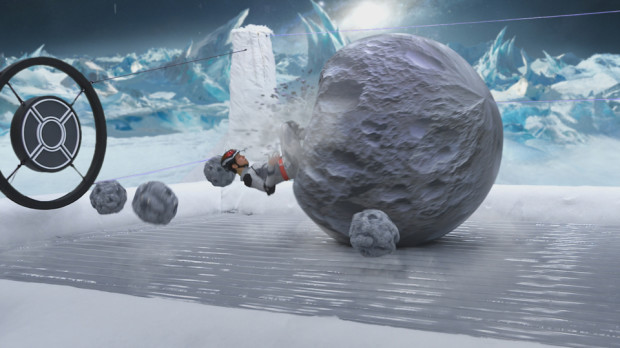 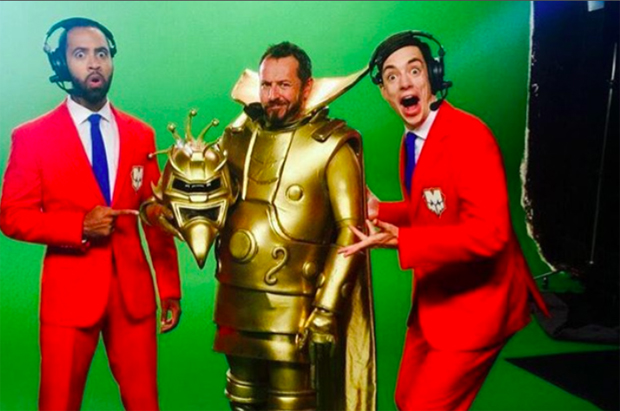 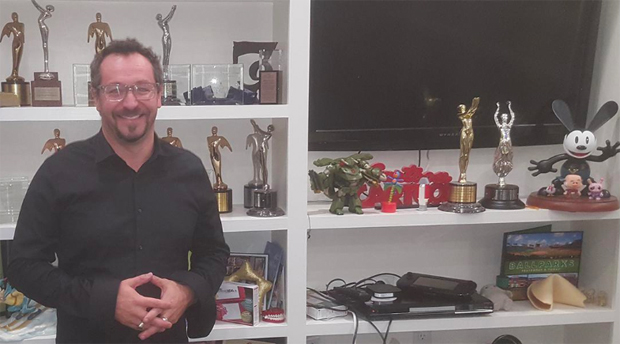