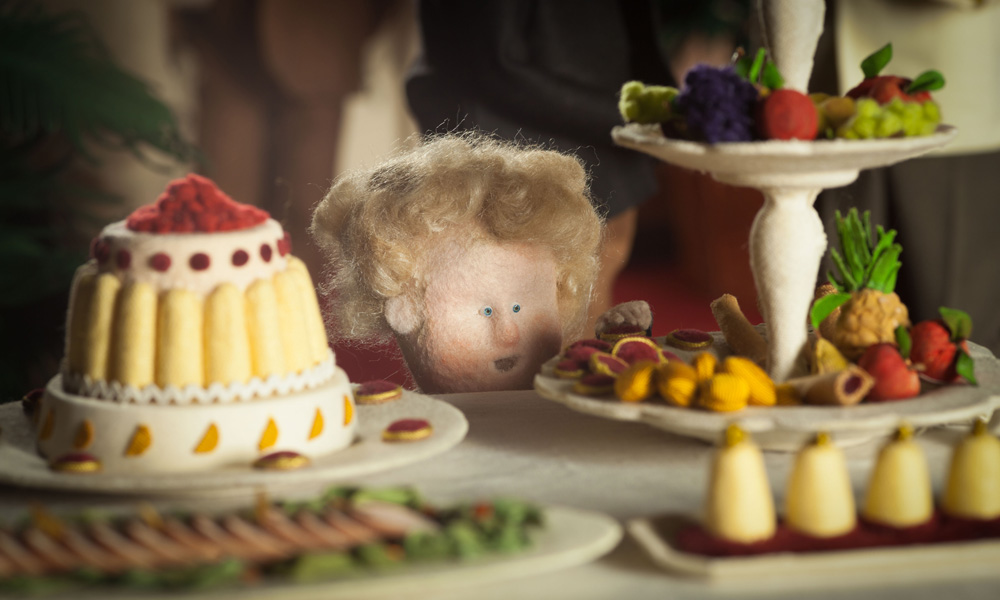 The 2019 Animac International Animation Film Festival of Catalonia, taking place in Lleida, Spain from February 21 to 24, will be welcoming some of the top names in stop-motion from around the world as part of its specially themed 23rd edition. The program will include the the presentation of honorary awards, lectures, master classes, nine feature films, more than 300 shorts, the Spanish premiere of Adult Swim’s The Shivering Truth, a closing ceremony tribute to the late Stephen Hillenburg, and much more.

Peter Lord, director and co-founder of Aardman Animations, will be presented with the Animac 2019 Honorary Award for his 40-plus year career, which has earned him 10 nominations and four wins at the Oscars. Ten Aardman retrospective screenings will be held, covering indie shorts, ads, feature film The Pirates! Band of Misfits (directed by Lord), series such as Morph, Rex the Runt, Angry Kid and Shaun the Sheep, and the delightful adventures of Wallace & Gromit. Lord will also present a master class on Feb. 23.

The Animac 2019 Animation Master Award will be given to Finnish director, producer and screenwriter Katariina Lillqvist, who is currently preparing her first feature: Master and Margarita. Lillqvist has worked in Prague since 1989, where she founded indie studio Camera Cagliostro; she is currently working in Stockholm, and is developing the Lapinlahti Puppet Museum in Helsinki. Her work often explores trauma, war and minority issues in Europe, and has earned her the Berlin Silver Bear, two Annual Art Prizes from the Finnish government, and the Annecy Special Animation AWard for Radio Dolores in 2017. Lillqvist will give a presentation on her career and first feature on Feb. 23. Animac is also screening her first retrospective in Spain, including The Maiden and the Soldier, The Country Doctor, Tales from the Endless Roads: The Romary Mirror, Far Away from Ural and Radio Dolores.

Polish-Russian stop-motion pioneer Ladislas Starevich (1882-1965), who was described as “the Melies of animation” by Jan Svankmajer, will be honored with a retrospective screening of La revanche du cine-operateur (1912), Comment nait et s’anime une cine-marionnette (1932), Fetiche Mascotte (1834) and Fleur de Fougere (1949). His granddaughter and curator Beatrice Martin-Starewitch will be in attendance.

In the Animac Shorts program, audiences can delight in Patchwork by Maria Manero, BAFTA winner Inanimate by Lucia Bulgheroni, and multi-Quirino nominee La noria by Carlos Baena. The more experimental White Cube section features gems such as Boris Labbe’s La chute and Rosto’s Reruns. Spooky Night will present dark and chilling stop-mo scares such as the award-winning Cerulia from Mexican director Sofia Carrillo, who is being backed by Guillermo Del Toro on her upcoming animated feature. There will also be a special Pro Social section spotlighting current issues.

Younger audiences can be delighted and enlightened by Nukufilm’s Captain Morten and the Spider Queen from Kaspar Jancis, Riho Unt and Henry Nicholson; and Mats Grorud’s debut feature The Tower, which follows a refugee family across four generations. Short films for kids include international offerings such as 6:1 by Sergei Ryabov (Russia), Dona Ubenza by Juan Manuel Cost and Agustin Tourino (Argentina), Here’s the Plan by Fernanda Frick (Chile), Konigiri-kun Undokai by Mari Miyazawa (Japan), La chasse by Alexey Alekseev (France) and more. Plus, icons of Czech children’s TV Pat & Mat will be the special stars of Petit Animac, with director Marek Benes (son of creator Lubomir Benes) and his daughter Tereza Benesova in attendance with puppets, a small stop-mo demonstration and a screening of favorite episodes and the feature film Pat and Mat: Winter Fun.

The closing ceremony will pay tribute to Stephen Hillenburg, the creator of the globally beloved animation franchise SpongeBob SquarePants, who died in November. Director Mark Osborne (Kung Fu Panda, The Little Prince), who was a classmate and friend of Hillenburg’s and directed all the live-action sequences for both the SpongeBob TV series and its first movie, will be among those paying tribute, along with Mark Caballero, Seamus Walsh and Christopher Finnegan, the founders of SpongeBob SquarePants: Legend of Boo-Kini Bottom stop-motion studio Screen Novelties — the special will screen during the closing ceremony. One-hundred young singers from the Orfeo Lleidata children’s choir will perform the show’s theme song.