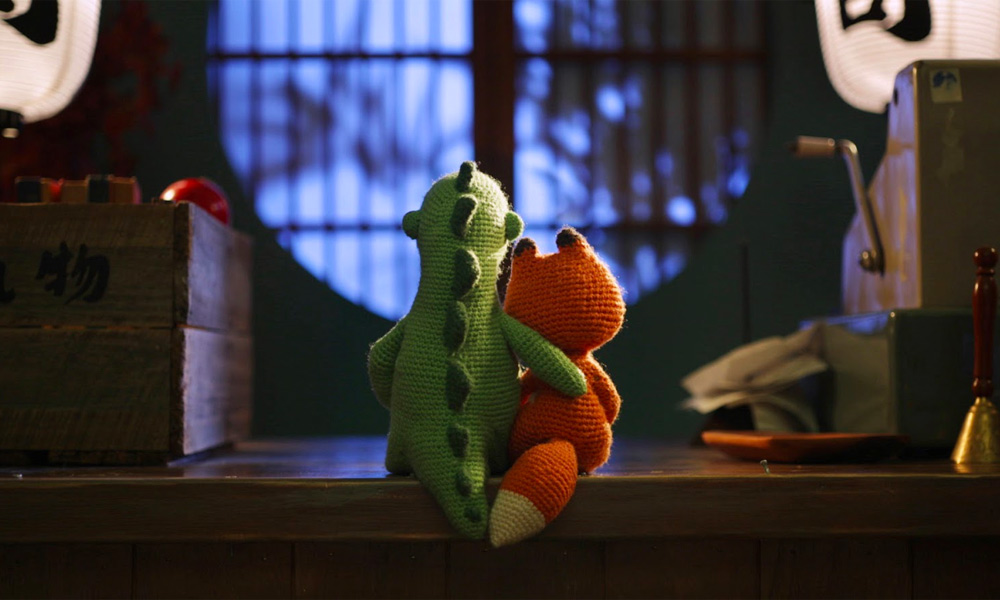 It’s always thrilling when a beautifully crafted project from indie animators makes it to the Academy Awards shortlist. That’s certainly the case with Andrew Goldsmith and Bradley Slabe’s charming short Lost & Found, which finds itself competing with high-profile shorts from Pixar and DreamWorks this year. Goldsmith’s credits include music video projects such as Gotye’s “Easy Way Out,” and Slabe has been a writer on shows such as Kitty is not a Cat. We had a chance to chat with Goldsmith and Slabe about his popular animated short, which won the Yoram Gross Animation Award at Sydney Film Festival, Audience Award at the Austin Film Festival and has been nominated for an Annie Award to date:

Animag: First of all, congrats on the huge success of your short, which features a knitted green dinosaur doll who will stop at nothing to save the love of its life, a crocheted orange fox. Can you tell us a little bit about how you came up with the idea for the short?

Goldsmith and Slabe: It began with a dramatic question: what if a crochet doll had to unravel itself? A major influence was the Japanese philosophy Wabi-Sabi, which celebrates the beauty of impermanence, incompleteness and imperfection. It became a love story during development as these qualities felt truthful to new types of relationships we were both respectively experiencing, which resonated with us.

It took nearly four years from the first draft to final cut. The first script was complete in early 2014, which we then adapted into a picture storybook as a proof of concept. We received funding almost a year later and we hit the ground running full-time (into eternity).

How did you decide on the actual material used in the short?

The story was about crochet dolls being torn apart and becoming sodden with water. It’s visceral by nature. So animating in stop-motion and using actual wool and felt like a no-brainer for us. We knew that it would be the best way to tell the story. There’s something irreplaceably textural and magical about the characters’ tangibility that you can’t achieve with other materials. There’s a certain gut punch when you see actual wool tearing.

What was the biggest challenge for you as a director?

The scale of the project presented daily challenges but the scariest one by far was definitely the final shot of the film. We knew from the start that it would make or break the tone of the story. In terms of both screen time and shooting time, it was the longest shot of the film. And on top of the delicate subtleties of the performance required, there was a technical challenge we were yet to face in the shoot: it was our first (and most complex) shot we needed to animate of thread and wool tearing apart.

What was your ballpark budget and how many people worked on it?

We received a grant from Screen Australia, a government funding body and our sole financier. The scale and ambition of our project exceeded how far that budget could take us through so we were lucky to have a generous, dedicated and talented crew, who were all passionate about their craft and the project. About 60 people worked on the film in total, but the core team was only about ten people, with only one person in the camera/lighting department and one person in the animation department. The two of us were almost always on set and inevitably ended up as the assistants to each department out of necessity.

What do you love about working in the short format and stop-motion medium?

In short film (compared to feature length), your time to develop worlds and characters and create an emotional catharsis is limited. So you’re forced to be brutal with what pushes the story forward, what’s vital, as the meaty core of the story, you know? We loved that challenge because it allowed us to be more creative and inventive with our visual storytelling (having no dialogue was a challenge that we welcomed too). It’s also a space to take risks and play with form to showcase your voice as storytellers.

What isn’t there to love about stop-motion? It’s magic. The animator’s touch is visible throughout, whether it’s a flicker of dust, a boil in the character’s fur or a literal thumbprint. The imperfections are what makes the craft so beautiful and every frame infused with love. This is not unlike Wabi Sabi, as the flaws are what gives a subject history, uniqueness and beauty.

Now that short has been online and seen by millions of viewers around the world, what are your proudest of?

That we conquered the beast! Not only that, but it’s growing an audience. After four years working in a bubble, you sometimes fear that you’re the only people that care. So when you put your film out there and people deeply connect the story, it’s the warmest of fuzzies. The comments and messages we’ve received have been surprising and touching! We couldn’t be prouder of our team and the product we all made.

What is the greatest/most memorable reaction you have had to your short?

It’s hard to top the applause and laughter of hundreds of children at our Berlinale premiere. For most of these kids, it was their first cinema experience and it was incredibly special to be a part of that.

If we HAD to pick a specific reaction… we can’t. That said, we’ve received a plethora of heartwarming/tear-inducing remarks in response to our online release. We’ve had couples, friends and siblings comment that they would unravel themselves for each other. We’ve had others empathizing with our hero by sharing traumatic experiences in their lives, only to be consoled by a community of strangers. We’ve had requests for sequels and requests for crochet patterns to reunite the characters. Recently we received a stack of letters and fanart from a first-grade classroom, which was super cute.

If you get the Oscar nomination, who are the celebs you are dying to meet in person on Oscar night?

Our crochet cast has requested to meet Hugh Jackman. They loved his portrayal of Wool-verine! We’re crossing our strings, but honestly, we’re so honored to have made it this far!

What kind of advice would you give animation artists who want to do what you did (aka what do you know now that you didn’t know when you started out!)…

Once you’ve made your schedule, and you’re happy that it sounds realistic, multiply it by three, now you’re closer.

You can watch Lost & Found here 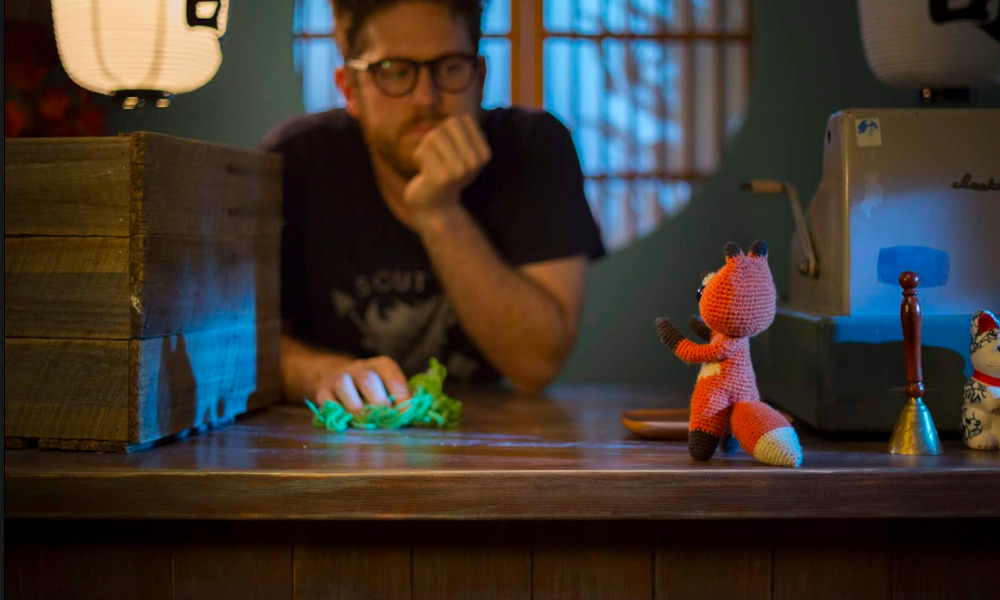 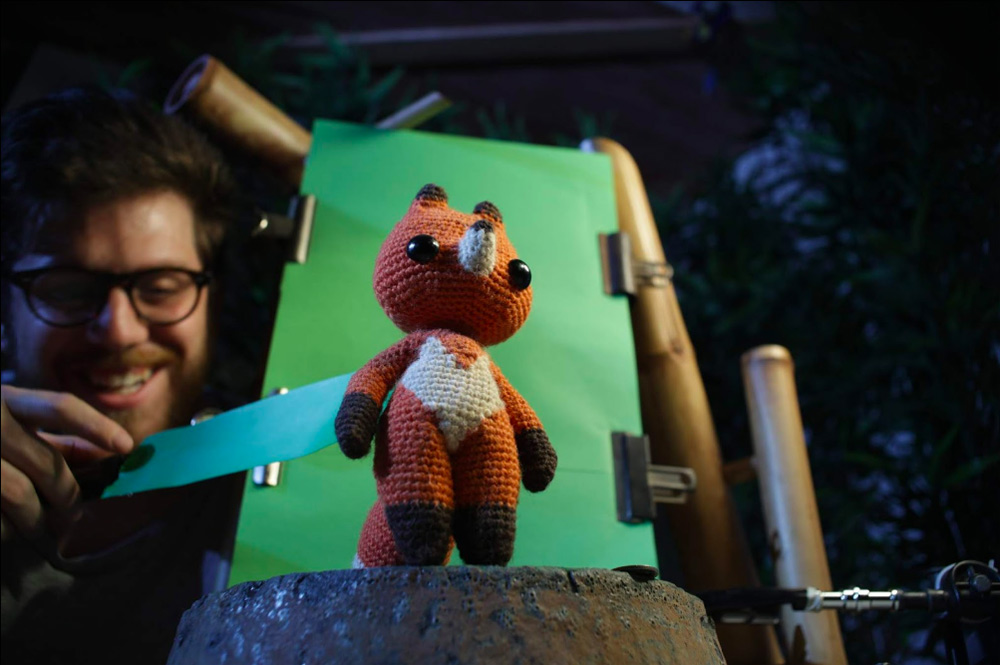 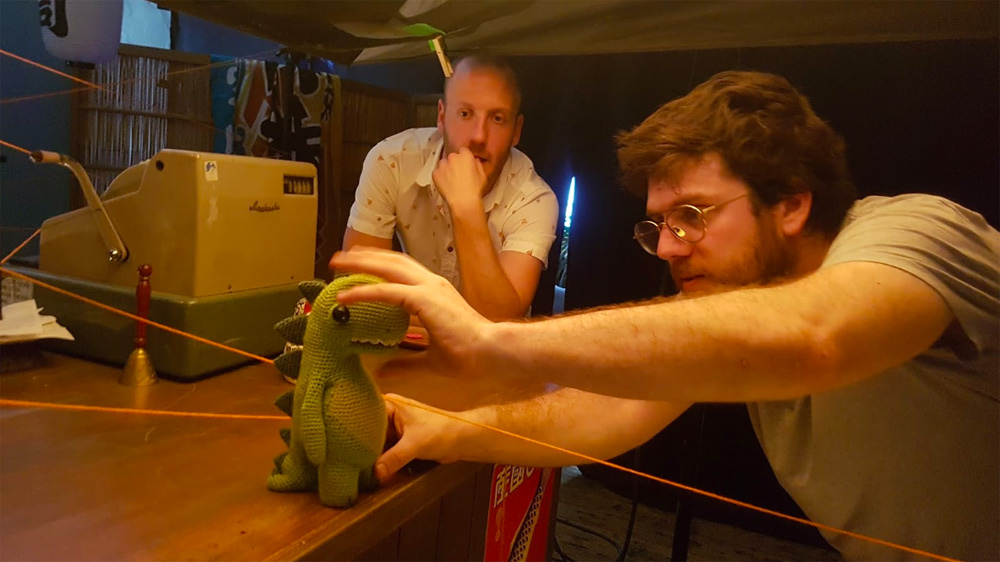 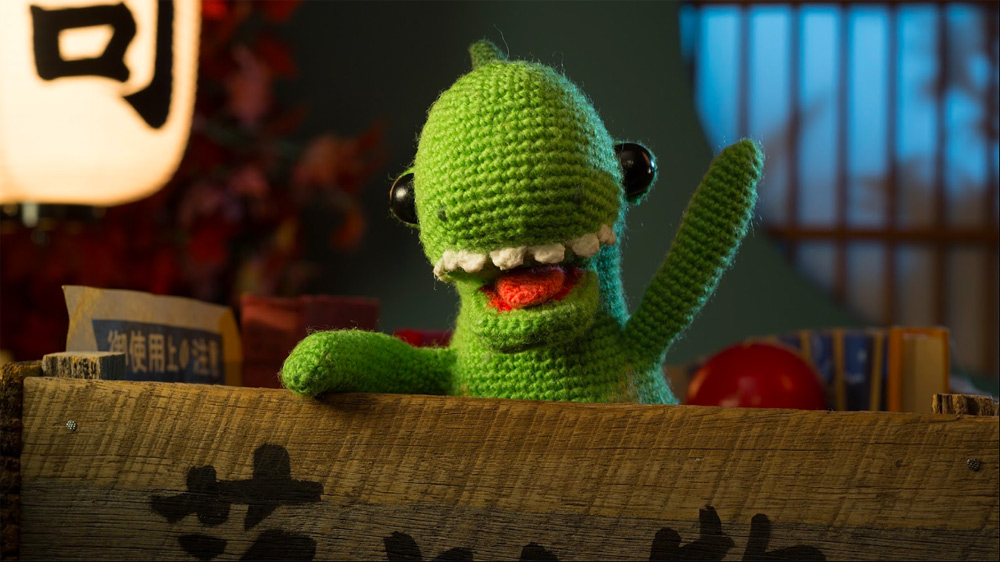 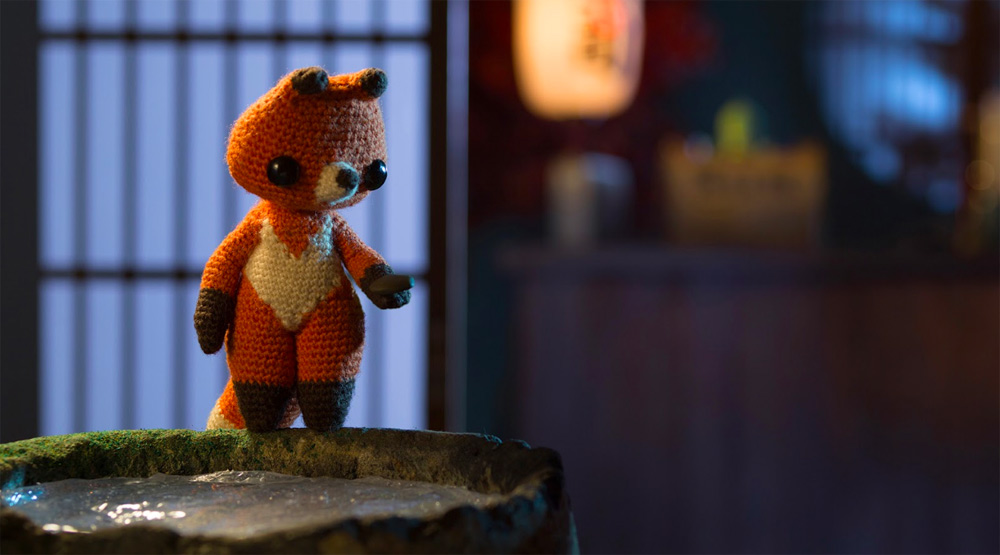