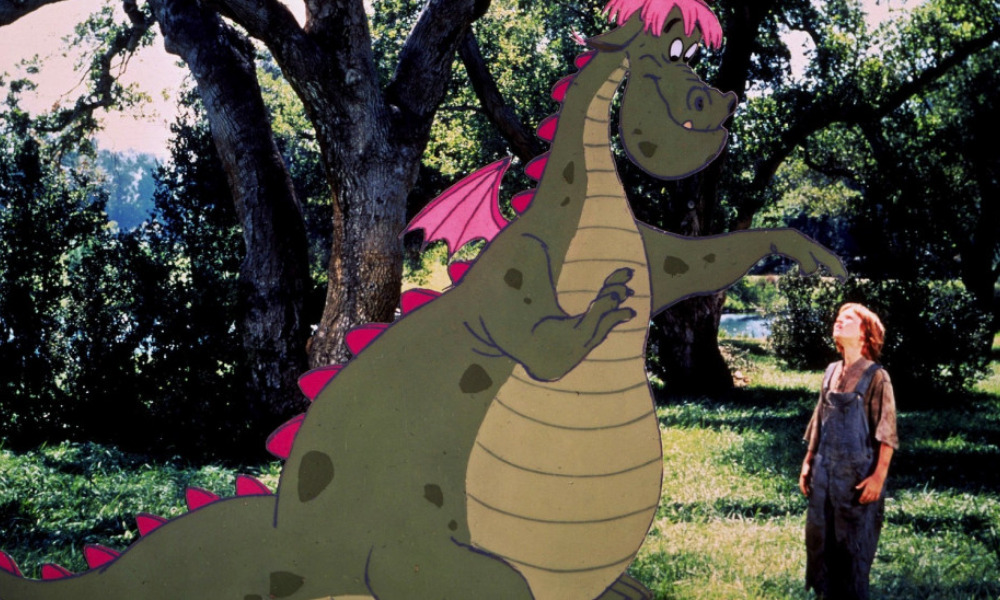 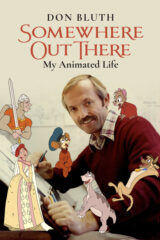 One of the most-anticipated animation books of the year is Somewhere Out There: My Animated Life, a wonderful new memoir by beloved American director Don Bluth (The Secret of NIMH, An American Tail, All Dogs Go to Heaven and Anastasia, among others) In this insightful book, the legendary director writes about the beginnings of his career, his early years at Disney and his inspirations, as well as offering charming anecdotes about the movies he made at his own studio. We are very proud to present an exclusive excerpt from this collection:

With so many of the Nine Old Men — namely Frank Thomas, Ollie Johnston, John Lounsbery, Milt Kahl and Marc Davis — heavily involved in the upcoming feature The Fox and the Hound, I was surprised Woolie [Wolfgang Reitherman] plucked me out of the animators’ ranks to direct again. He sent me to the back lot to direct some live-action study for the Widow Tweed, the lonely old woman in the story who cared for the fox. I was even more surprised to almost get a nod of approval when the film came back from the lab.

“The footage is great,” said Woolie. “There’s just one thing. You shot a couple of scenes of the actor in profile. You should have done a three-quarter front. That would have been stronger. You’ll get the hang of it.”

I thanked him for the advice and headed for the door. He called me back. I resigned myself to more criticism, but Woolie surprised me yet again.

“There’s a combination live-and-animation picture coming up — Pete’s Dragon. Don Chaffey will be directing it. Ken Anderson has designed a fabulous fat reptile with a pink wig. Ken feels you’d be perfect to direct the animation on Elliott.”

“The dragon!” he said impatiently. “Go talk to Ken. This will give you the experience you need behind live-action cameras. You’ll need to be on set because Elliott’s a big dragon. We’ll need a wide shot when we draw his entire body. You’ll need to look through the viewfinder of the camera to be sure Don Chaffey is leaving enough room in the frame for you and your team to draw Elliott.”

Again I saluted Woolie and headed for the door, and again he called me back.

“Hit this out of the ballpark.”

I stuffed my feelings of dread deep inside. “I won’t let you down, sir. I promise.” 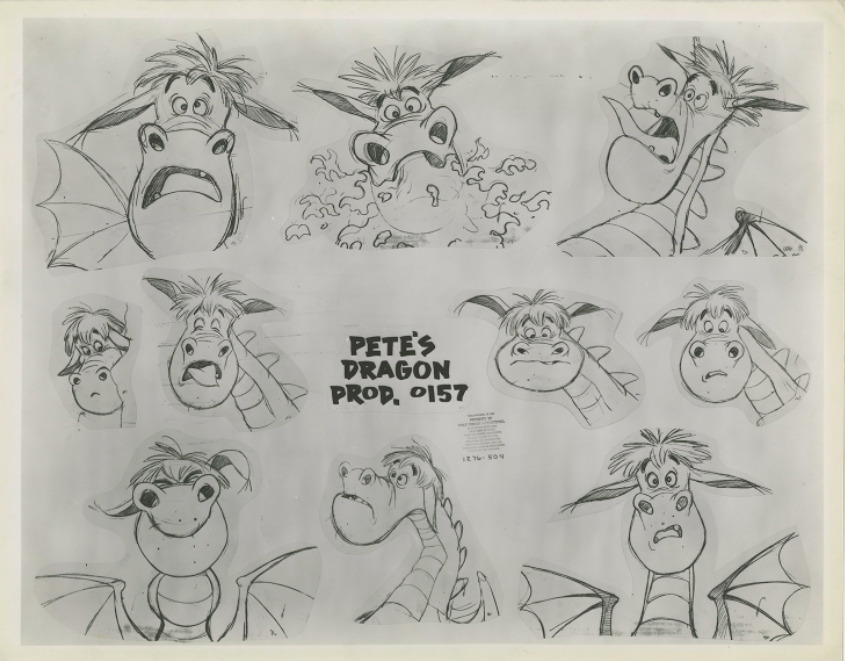 As instructed, I knocked on Ken Anderson’s door to get briefed on the dragon called Elliott. Ken had been a pillar of the Disney Studio for decades. “I’ll be on the soundstage with you,” he said, “but I would like you to take the lead with the live-action director, Don Chaffey.”

The sketches on Ken’s wall were enchanting, and so was Ken’s description of Elliott’s personality. He was as enthusiastic about his dragon as a little boy, and when I left Ken’s room, I don’t think my feet were touching the floor. The magic of animation was sparkling still. It just needed a little tender guidance. If that meant I had to be a director, well, so be it.

Pete’s Dragon was to star Helen Reddy and the legendary stars Mickey Rooney and Shelley Winters acting against the boy Pete, played by Sean Marshall, and Elliott, the animated dragon. The dragon designer, Ken Anderson, never stopped creating; he was either talking about a new idea or sketching one. For the longest time, there was a search for Elliott’s voice. “The enchanted dragon must not speak,” proclaimed Ken. “That would kill the magic. He just makes sounds, and the only one who can understand his language will be the boy, Pete.”

Charlie Callas, a former drummer for the Tommy Dorsey Orchestra and other big bands, moved into the comedy world in the 1960s and became known as the comedian who pulled funny faces and made looney sounds. Ken loved the weird noises that came from Charlie’s lips. 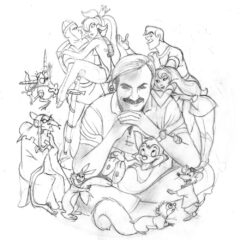 On the pages of the script, Elliott’s lines were written in English — but what Charlie did with it certainly wasn’t English.

The town of Passamaquoddy was a set built on the Disney backlot. Most of the film was shot there, or on Soundstage #2. Being surrounded by the famous movie stars cast in Pete’s Dragon took some getting used to. There were stars in my eyes, and the real ones were standing less than ten feet away. Helen Reddy, shy and soft-spoken, despite her well-known song “I Am Woman, Hear Me Roar.” The grand monarch, Mickey Rooney, full of suggestions for the director.

The big musical number was “There’s Room for Everyone in This World,” set on the streets of Passamaquoddy. The film’s choreographer was Onna White, lauded as one of the choreographic geniuses of her generation, with such stage credits to her name as Irma La Douce, Mame and Gigi, and film accolades that included The Music Man, Bye Bye Birdie and Oliver. Employing two young dancers to teach the chorus the moves, she spent most of her time on the set sitting in a chair, knitting. Onna’s signature step was the bell kick, a youthful leap into the air while clicking your heels together to one side — and landing on your feet without breaking your neck. The crew went for it in a big way. Everyone tried doing it, me included, but none of us remotely resembled the grace of the dancers. Onna watched patiently and chuckled politely to herself and continued to knit. A lesson, perhaps, in letting kids be kids.

One morning, as we waited for the fog to clear around an on-location lighthouse shot, I caught Mickey Rooney staring at me. Thinking that he was waiting for me to acknowledge him, I shyly ventured, “I hope this turns out to be a great movie.”

“Of course it will,” he snorted. “What a silly thing to say. Who are you?”

“I’m the animator of the dragon,” I replied.

I vowed to choose my words more carefully around him.

Case in point: Later that day, a journalist from a local newspaper was scheduled to interview Mr. Rooney. The publicist introduced her to the star, they both sat down to begin the interview, and her opening question to Mr. Rooney was, “What year were you born?”

Mr. Rooney stood up and walked away. The interview was over. His birth date was available in the press kit. She should have known better. She should have come up with a more serious question, one worthy of such a star.

Somewhere Out There: My Animated Life is published by Smart Pop ($21.95) and will be available on July 19. Pre-order now. 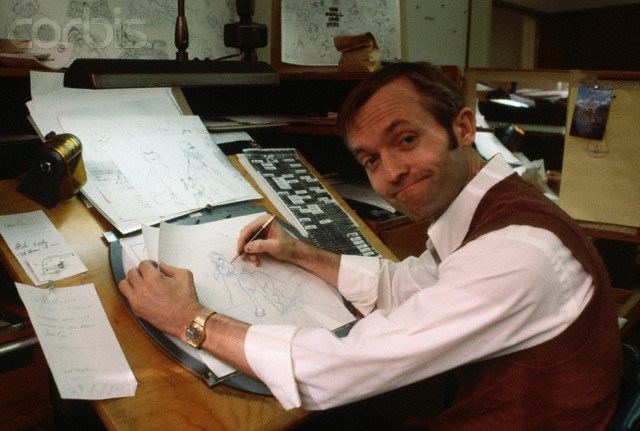