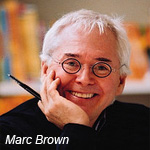 To paraphrase Sir Arthur Conan Doyle, there remains one fixed point in an ever-changing world of television animation: the desire to sell a show. Those (you know who you are) who are busy creating their series bibles and storyboards for their projects, with the hope of securing a pitch to a network or packager, might want to take a tip from bestselling children’s author Marc Brown. Brown is the creator of Arthur, the bespectacled eight-year-old aardvark, which, in animated series form is now in its sixteenth season on PBS, making the Emmy and Peabody winning show the second longest-running toon series in America, behind You-Know-What.

I spoke with Marc back in 2001 about the show, for which he serves as executive producer and ongoing story consultant, and he told me that it was an instance of a station, Boston’s WGBH, coming to him to discuss developing a show based on his books, rather than the other way around (for the record, actual production of Arthur has always been done in Canada). But as is so often the case, there is more to the story than that:

“On publication day of my very first book, a limousine rolled up in front of my apartment in Boston and this uniformed driver came to the door with a beautifully-wrapped package. It was a chilled bottle of champagne from my publisher with a nice note saying, ‘Congratulations on the first of many books.’ I was so excited waiting for my royalty check to arrive in six months. I had plans to buy a new car. When I opened it, it was 68 dollars and some change. So I was disappointed and wondering how I was going to make a living doing this.”

“The second book, Arthur’s Eyes, made a little more connection with people, and teachers seemed to really like it. So I started visiting schools. It was at a time when I was going through a divorce, and I was depressed because I wasn’t with my kids during the week, and it was a way of keeping myself sane and hanging out with other kids during the week. I really enjoyed it, and I saw it was so important to stay in touch with whom I was working for.”

“What I didn’t realize I was doing was building this base of support by traveling and talking about my work and sharing my enthusiasm for it, and Arthur became the best-kept secret in children’s books. At one point I was traveling about fifty-thousand miles a year in the air, visiting schools and different times of the year. It was at one of those appearances at a public library that the producer [from WGBH] saw me––she was there with her own kids––and she filed it away and called me in.”

Of course for anyone wanting to follow Brown’s lead, it’s just like the small print in advertised diet plans: results may vary. But those hoping to make a splash in children’s television animation might want to consider getting their act together and taking it on the road…with or without the impetus of a divorce. 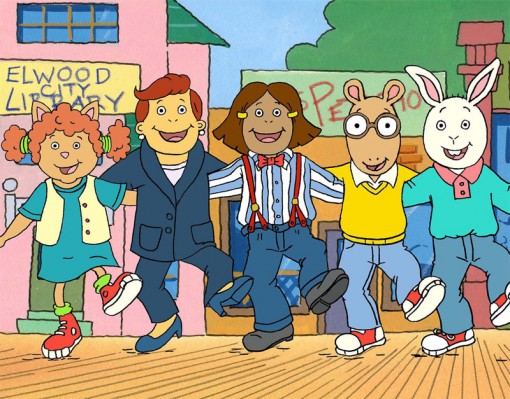 Will ‘Oz’ Prove Great and Powerful at the Box Office?
Peters Named to VES Board for Northern California