Amazon has placed an order for four 13-episode seasons of new Amazon Original Kids Series Thunderbirds Are Go. The first season of this modern reinvention of the 50-year-old property will debut on Amazon Prime Video in the U.S. later this year, and will subsequently rollout on Prime Video in the UK, Germany and Austria through a deal with ITV Studios Global Entertainment.

Thunderbirds Are Go centers on a family of famous heroes. The five Tracy brothers and Lady Penelope (voiced by Rosamund Pike), a.k.a. the team behind International Rescue, will in each action-packed adventure take to their high tech vehicles to scour the depths of the oceans or the highest reaches of space to perform impossible rescues around the globe.

The show is produced by ITV Studios and Pukeko Pictures in collaboration with Weta Workshop, and is made with a combination of CG and live-action model sets. Thunderbirds Are Go is exec produced by Estelle Hughes (Driver Dan’s Story Train), Giles Ridge (Pocoyo), Richard Taylor (The Lord of the Rings) and Andrew Smith (District 9); written by Rob Hoegee (Generator Rex, Teen Titans), and directed by David Scott (LEGO Star Wars) and Theo Baynton (The Wotwots). It is distributed internationally by ITV Studios Global Entertainment.

Read more about the show in our story in the June 2015 issue of Animation Magazine (Issue #250). 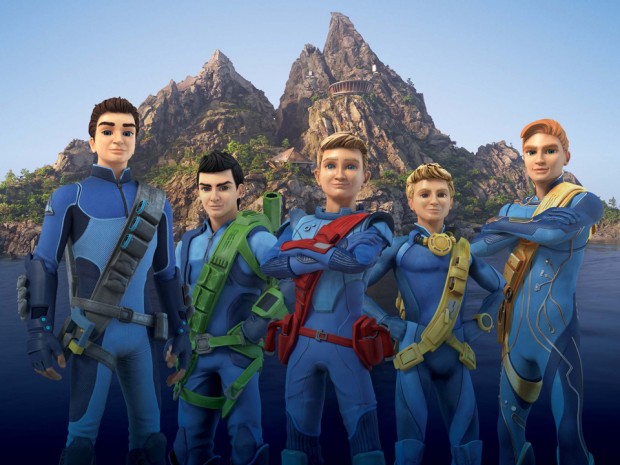 Netflix will Get Down with ‘Beat Bugs’
9 Story Partners with Netflix, Scholastic on ‘Magic School Bus’ Reboot